It’s based on an actual monster movie that never wound up happening.

SRS Cinema begins pre-orders tomorrow, October 28 at 7 p.m. EST for NEZURA 1964, written, produced and directed by Hiroto Yokokawa. It’s based on Daiei Film’s aborted attempt to shoot a film called DAIGUNJU NEZURA, a.k.a. GIANT HORDE BEAST NEZURA, back in the ’60s (which also inspired 2002’s NEZULLA THE RAT MONSTER). Yukijiro Hotaru, Masanori Kikuzawa, Kazuma Yoneyama, Himawari Ono, Mai Saito, Ippei Osako, Yoshiro Uchida, Noboru Sato, Akira Ohashi, Shiro Sano, Bin Furuya and Mach Fumiake star; the synopsis: “Summer 1963. Nagano, the president of the Daiei Film Company, is in need of a new hit movie. He’s convinced by his special effects director Tsukaji to make a giant monster motion picture–but to outdo the studios’ competitors, not just any monster movie, but a ‘Giant Horde Beast’ feature. Along with veteran director Muraoka, assistant director Yukawa, and producer Shigeo, they set out to make a movie ‘in which hundreds of giant rats attack a city.’ Successful test footage is shot, and the new movie is set for production… However, disaster looms. And when the movie shoot is cancelled and the animals destroyed, an ever bigger threat emerges…” 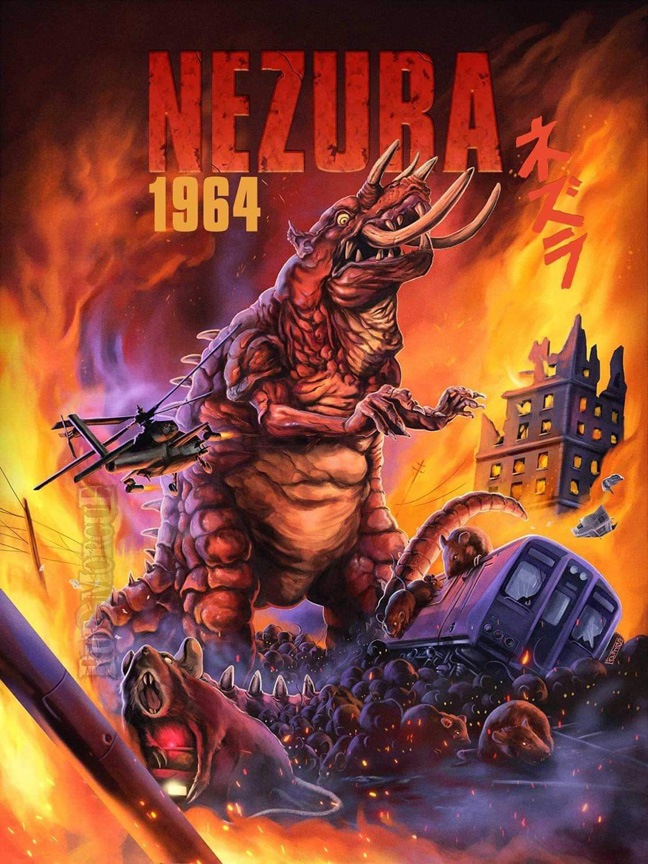