Shot during the pandemic, the psychological chiller is coming early next year.

Bayview Entertainment will release FREAK (which we first told you about here) to all major video platforms, followed by a disc debut, on February 22, 2022. The directorial debut of Bianca Crespo, former development coordinator at Millennium Films, from her own screenplay, the Pennsylvania-lensed movie stars Amelia Duncombe, Shelby Hightower, Kenton Hoover, Ginger Fries, genre stalwart Debbie Rochon and Jodi Draigie (THE HOUSE ON SORORITY ROW). According to the official synopsis, the movie “follows Ava [Duncombe], a washed-up writer who escapes a traumatic event in LA and retreats to a remote cabin in the woods of Pennsylvania. But the longer she stays, the more she realizes that her nightmare has only just begun.”

“I remember thinking this entire idea was crazy,” Crespo, who shot the movie in 11 days during the height of the pandemic and the Philadelphia riots in August 2020, tells RUE MORGUE. “But I knew if I didn’t make a movie now, I might now ever get the opportunity to do so again with the disturbing state of the world. Thankfully, I didn’t let the pressure deter the plan, and FREAK has been an incredible learning process as my first venture. It’s just the tip of that distant cabin in the woods; with this humbling new deal, I am excited to tackle other projects that may surprise a lot of people, one being a Western I’ve been wanting to make for years. We already have a big name attached, so I’m ready to tackle that when the time is right–and warmer. Regarding FREAK, this is all very exciting, and I am beyond thrilled. I am so happy that I was able to work with Debbie. She really is an amazing human being. I look forward to collaborating with her again.”

“During the first wave of the pandemic,” Rochon tells us, “I was at home doing a lot of writing, and I also started finding myself recording more and more audio pieces for people. Bianca and I met during this time and became fast friends; she lives in Philly, and therefore has an East Coast sensibility I can relate to. When I heard about the story she was going to film, I thought it was a pretty cool idea. I love the ‘writer loses their mind’ theme, and I always have. Stephen King and Rod Serling both have written many storylines based on that. I am so proud of how Bianca took a very difficult situation with the lockdown and was able to very safely create such a cool film.” Among Rochon’s audio projects is the Obscurities FM podcast, in which she explores “the unreal and real” world of urban legends, cryptozoology, etc. Find out more about it here. 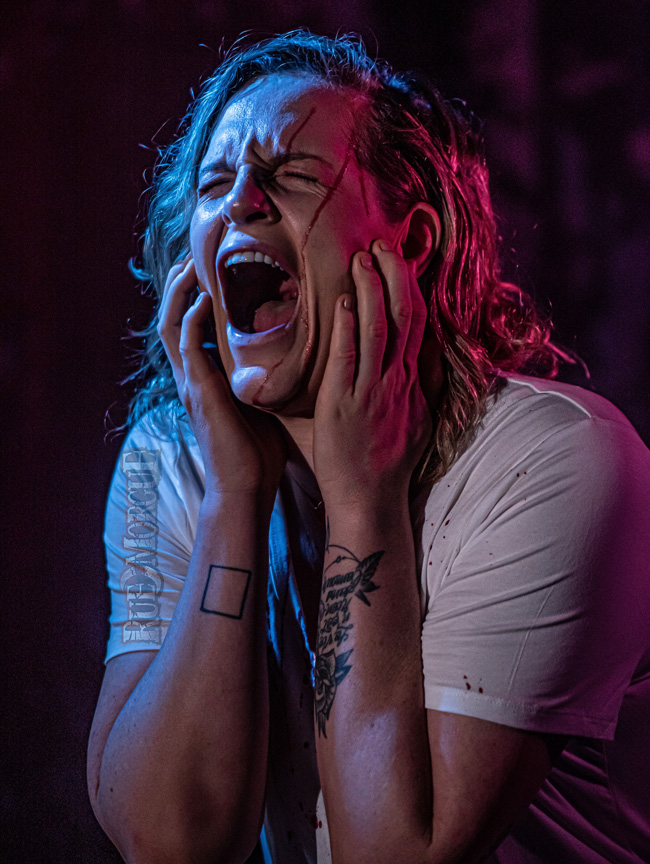 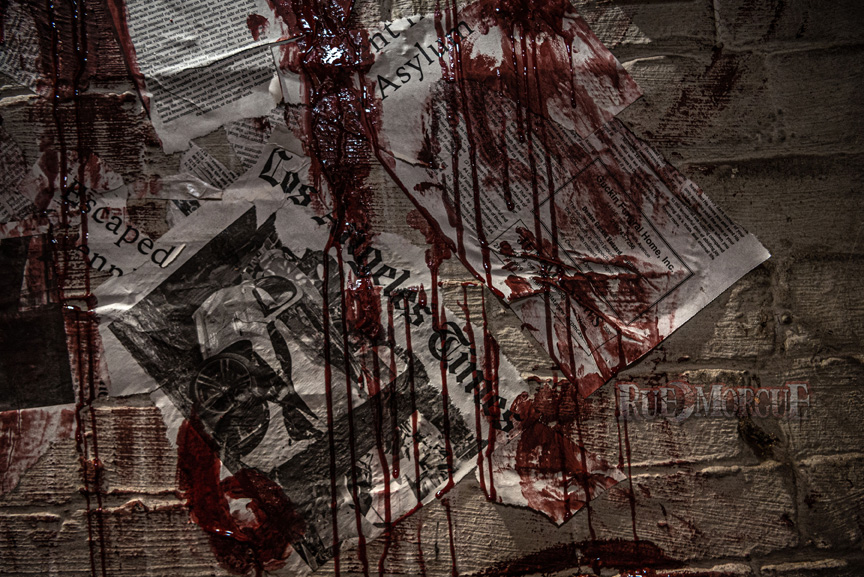 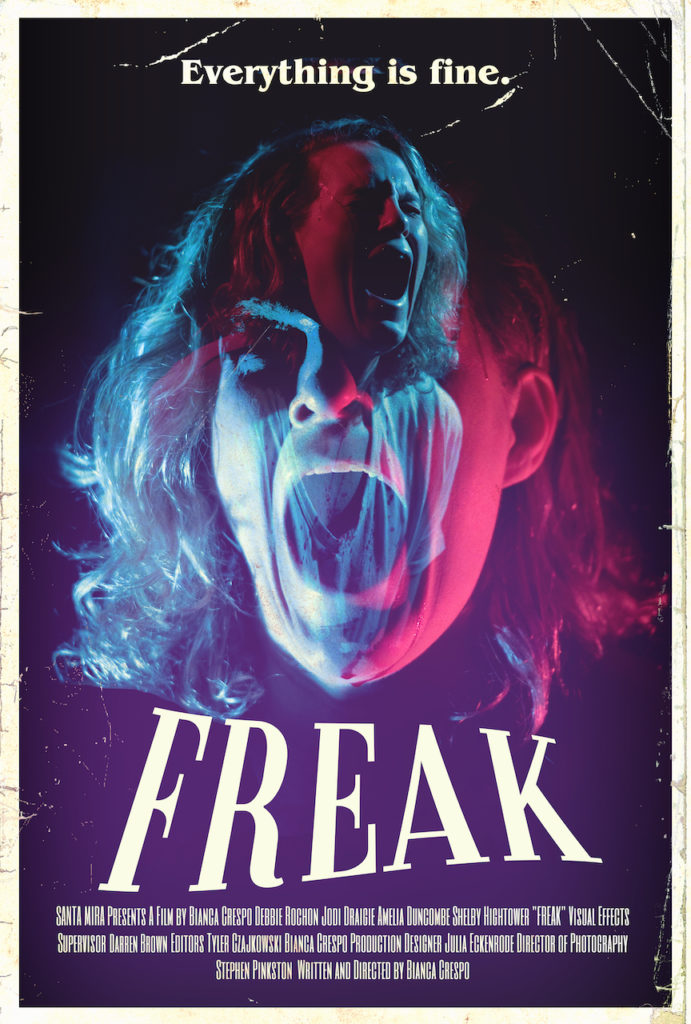