Exclusive photos: Behind the scenes of “BLOODTHIRSTY”

The intriguing and unnerving story of unleashing the artistic beast debuts today.

BLOODTHIRSTY is now in select theaters and on VOD in the U.S. from Brainstorm Media, while Raven Banner is releasing in Canada, including on iTunes. Amelia Moses (BLEED WITH ME) directed the film, which was conceived and written by the mother-daughter duo Wendy Hill-Tout (who also produced with Michael Peterson) and singer-songwriter Lowell, and features Lowell’s original music. BLEED WITH ME’s Lauren Beatty stars along with Greg Bryk, Katharine King So and genre favorite Michael Ironside. The synopsis: “In BLOODTHIRSTY, vegan singer-songwriter Grey [Beatty] goes to work on her second album with notorious music producer Vaughn Daniels [Bryk]. But as the album progresses, she starts to transform into a powerful beast with a thirst for blood, meat and the hunt.”

In the exclusive photos by Dave Alexander above and below, you can see Beatty in wolf-eyed and bloody mode; the actress having makeup applied by artist Ashly Mckessock while 1st assistant director Karlee Mctavish looks on and Hill-Tout takes a photo; Bryk returning to his hotel after a tough day on set; director Moses with Ironside; and the camera team preparing to shoot a scene with Bryk. You can also check out the trailer below the pics. 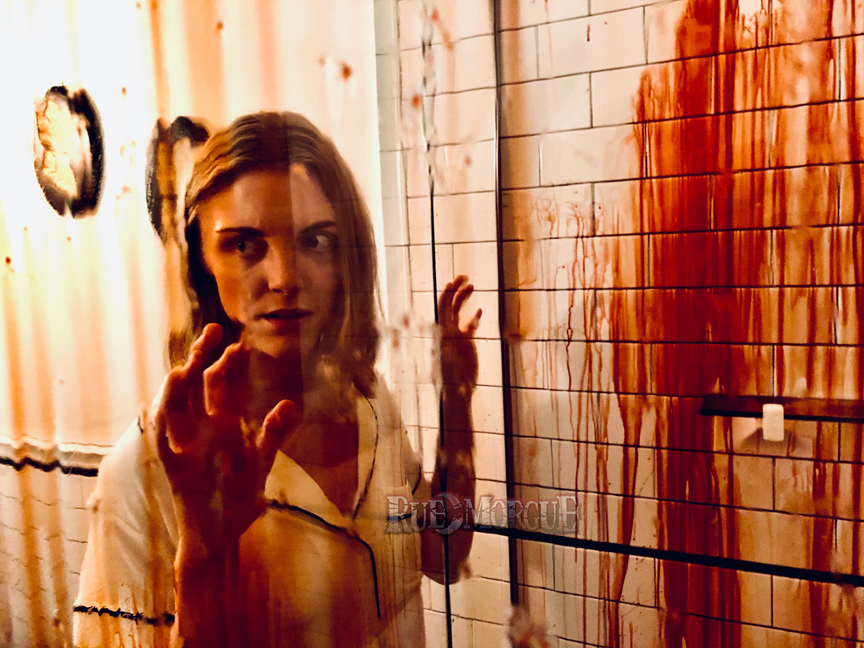 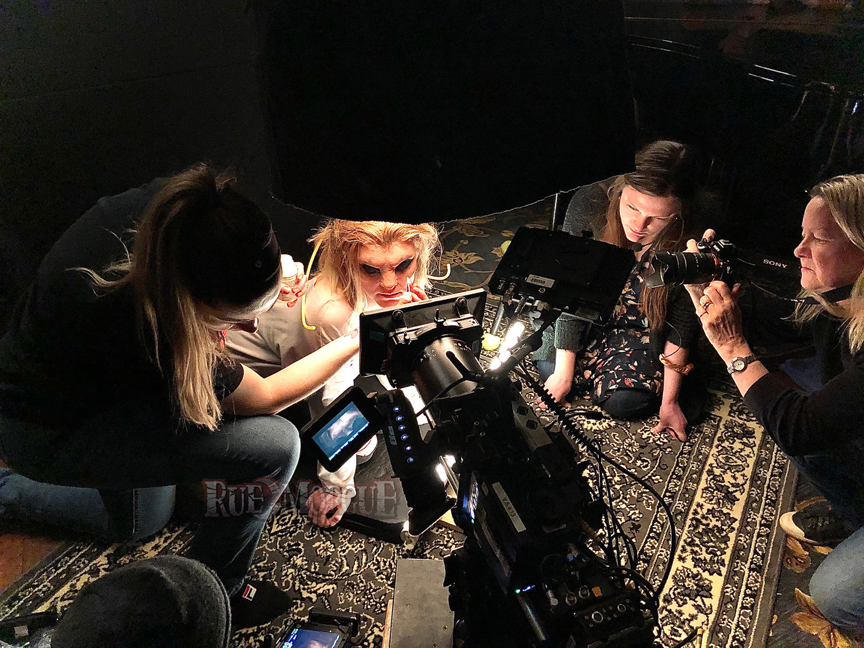 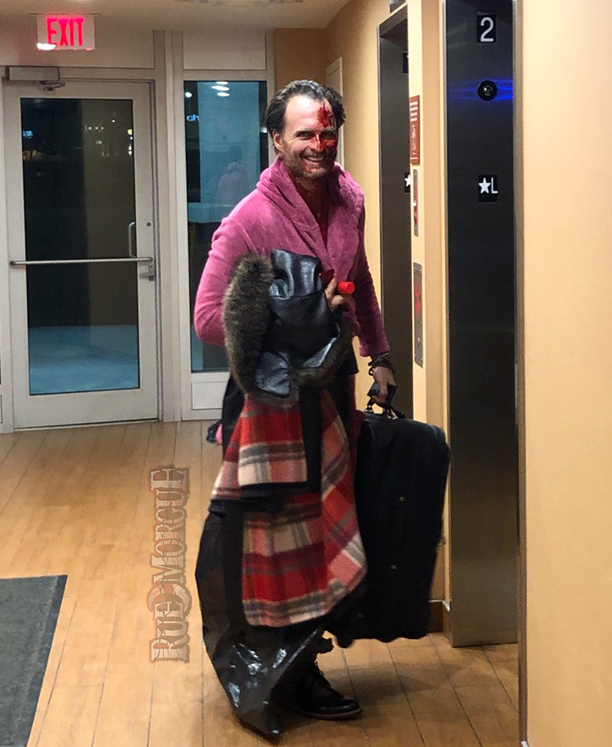 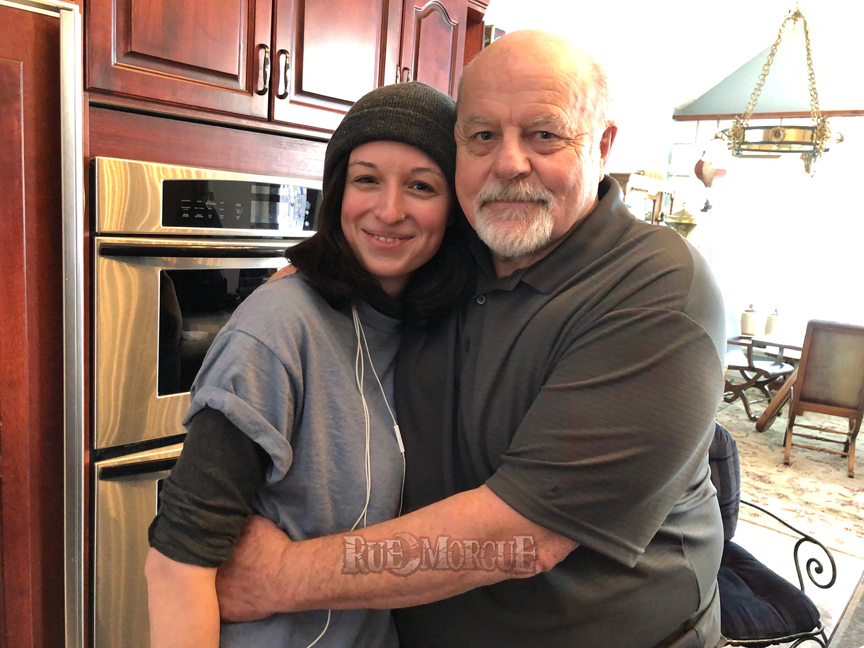 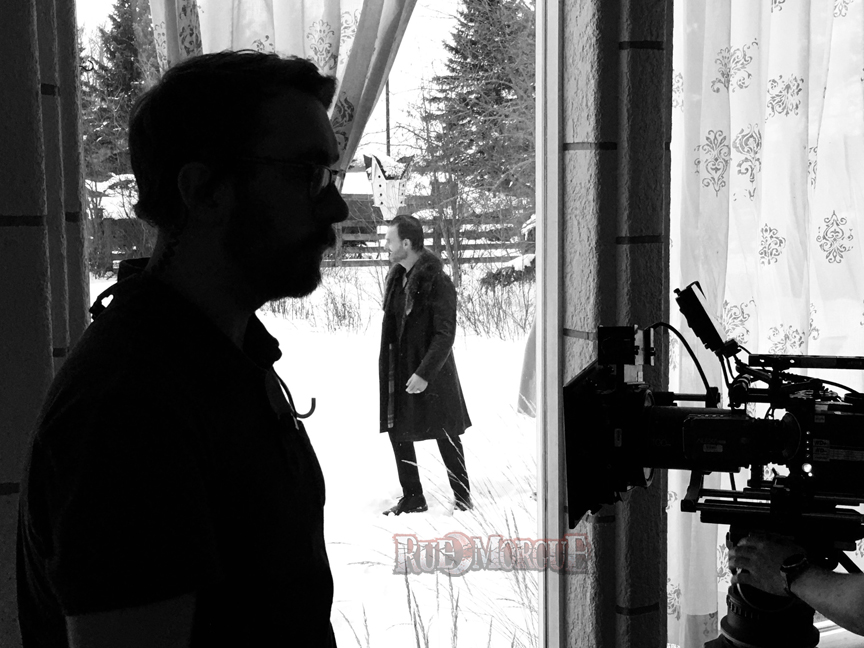