The horror/adventure/comedy combines elements of Lovecraftian fear and TOMB RAIDER.

Black Fawn Distribution has announced its acquisition of Canadian home video rights to ASTONISHING TALES OF TERROR: ROCKTAPUSSY, and sent the exclusive pic seen above. The planned Blu-ray release will include a behind-the-scenes featurette and reversible cover art, including the retro-VHS design seen below; Nicely Entertainment is handling the film’s U.S. release, with details to come. Written and directed by Andrew Cymek, ASTONISHING TALES was produced by Brigitte Kingsley, who also stars along with Landy Cannon, Sara Mitich, Patrick Kwok-Choon, Troy Blundell, horror stalwart Art Hindle (BLACK CHRISTMAS, THE BROOD), David Calderisi, Winny Clarke and Alys Crocker. The synopsis: “ASTONISHING TALES OF TERROR: ROCKTAPUSSY follows a group of everyday heroes after they unwittingly awaken an ancient monster. When intrepid reporter Hunter Hazelton [Kingsley] bumps into down-on-his-luck miner Carey Barnes [Cannon], the duo join a ragtag bunch of survivors as they attempt to fend off mind-controlled zombies, possessed medieval knights, and a gigantic demonic demigod: The Rocktapus!”

“ASTONISHING TALES OF TERROR is a really unique flick,” says Black Fawn’s CF Benner. “It’s got a great ensemble cast and it’s filled with tongue-in-cheek references to classic genre films. As soon as Brigitte and Andrew brought the project to us, we knew it was unlike anything else we had in our catalog, and their uncompromising dedication to the project was something truly special.”

“Having the opportunity to shoot ASTONISHING TALES OF TERROR with this talented cast and crew has been one of the most memorable journeys of my career,” says Kingsley. “Andrew built this incredible world for us to play in and gave us an experience we will all treasure forever. The thing I love most about this film is that it can be experienced in different ways. It’s a wild ride full of monsters, adventure, and fun!” 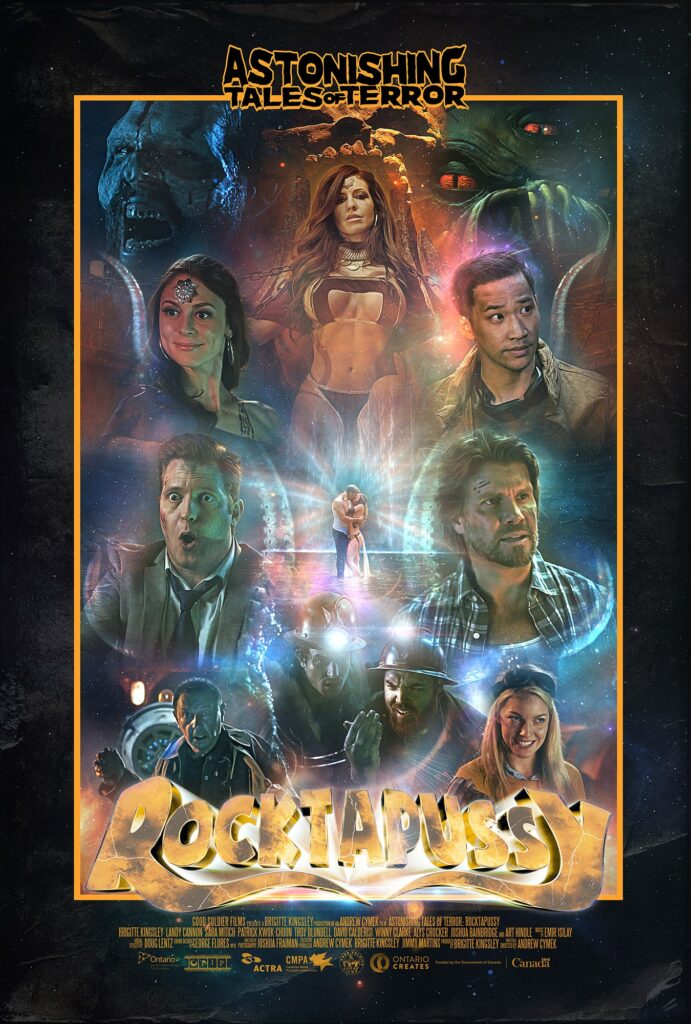 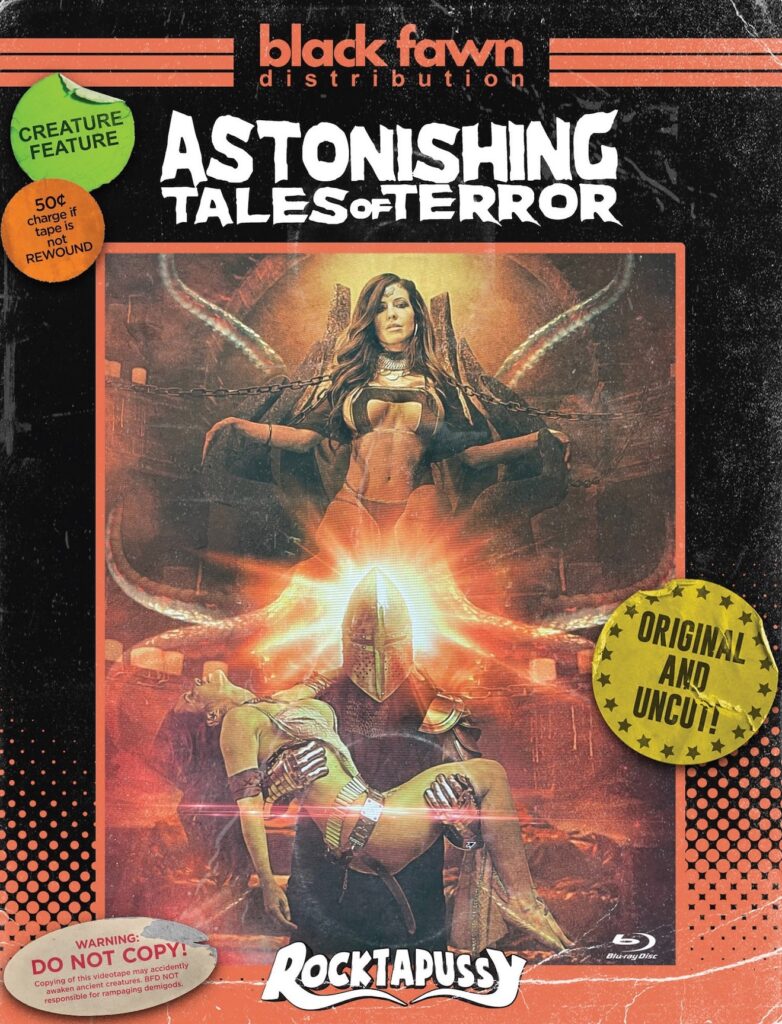