The sci-fi/paranoia thriller is coming to theaters and VOD this Friday, March 11.

Released by Vertical Entertainment, OUTSIDERS was directed by feature first-timer Delmar Washington and written by Tucker Morgan. Skylan Brooks, Rutina Wesley (TRUE BLOOD), Taryn Manning (KAREN), Shane West, Clark Backo and Bill Engvall star; the synopsis: “When high school student Jaylen Brown [Brooks] finds himself under suspicion after his classmate disappears during a party, prejudice quickly begins to boil to the surface of his small southern town as all fingers point toward him. Working against the clock to clear his own name, he begins to unravel a massive web of secrets that all point to otherworldly forces at play.” 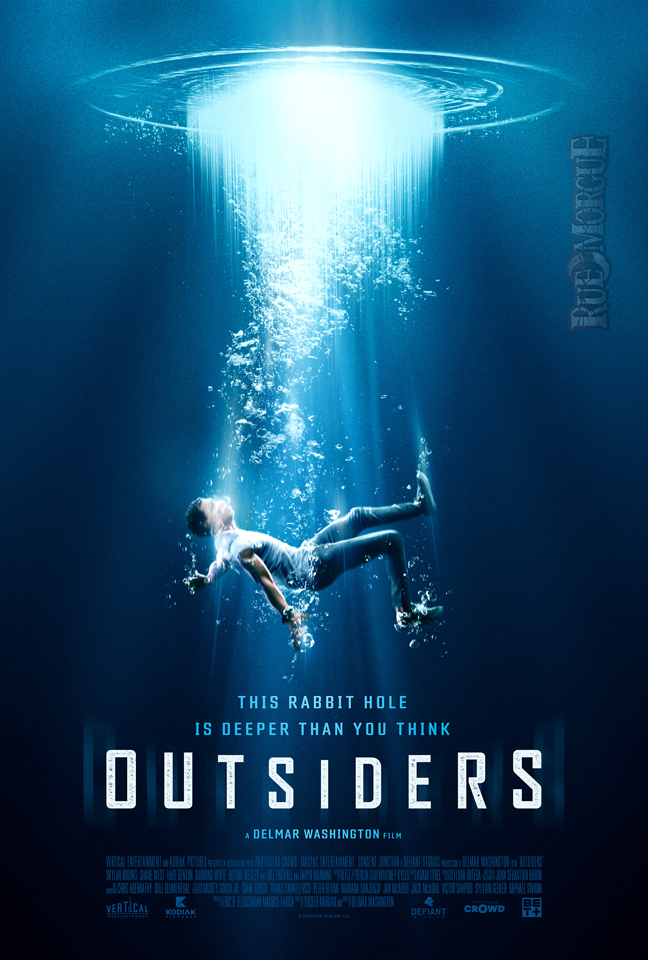