Exclusive news/poster, plus trailer: “WRACK,” from the creator of “AUTOMATONS,” sees release soon

The DIY postapocalyptic thriller is the latest from the filmmaker whose credits also include SATAN HATES YOU, HYPOTHERMIA and THE OFF SEASON.

Writer/director James Felix McKenney gave us the scoop that he’ll be releasing his latest feature WRACK through his Channel Midnight Releasing label this summer, making it available on both streaming and Blu-ray. Produced by McKenney and indie genre veteran J. Christian Ingvordsen (BLUE VENGEANCE, BOG CREATURES), it stars Carol Ames, John Christian, Braxton Sohns, Emma Sugler, and Jennifer Boutell and was shot in Delaware County, New York for less than $1,500. McKenney recycled wardrobe and props from AUTOMATONS and Glenn McQuaid’s I SELL THE DEAD, and created a fictional language for his masked characters, who are subtitled in English. The synopsis: “WRACK takes place in the distant future, centuries after nearly all life has been wiped out by war, disease, and environmental collapse, and focuses on the planet’s four remaining survivors who struggle to get along with each other even more than they do to survive.”

“Spending more money on festival entries, traveling to film markets, and the various expenses that pile up while delivering to a distributor than we did on making the actual movie seems like a betrayal of what we set out to do with this project,” McKenney says. “It makes more sense to me to continue with the same DIY spirit that WRACK was conceived and release it ourselves.” McKenney first founded Channel Midnight in 2010 and released Nathan Wrann’s BURNING INSIDE, and now plans to issue a remastered edition of his debut feature CANNIBALLISTIC! later this year. To keep tabs on WRACK and McKenney’s other projects, follow his Twitter, Instagram and official website. 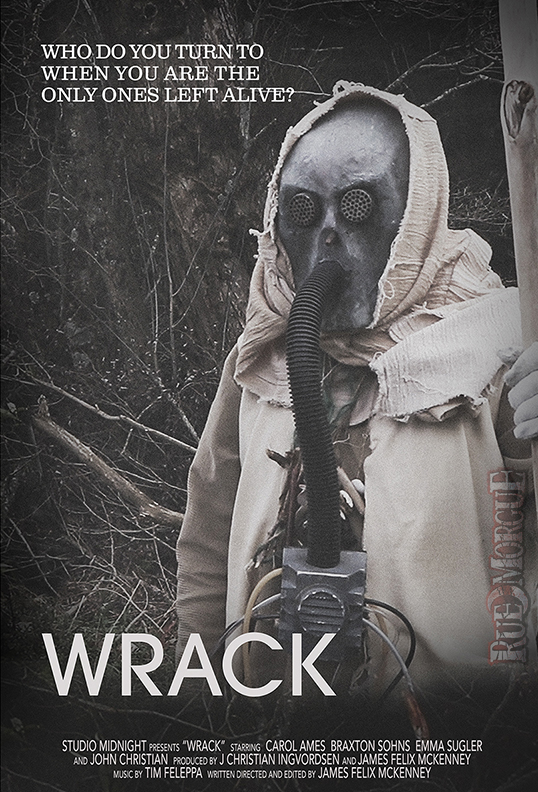