It’s a new creature-attack series from the team behind RAZORBLADES: THE HORROR MAGAZINE.

Dark Horse Comics releases the first of four issues of ALL EIGHT EYES April 19; see a pair of covers and the first three (unlettered) pages below. The series is written by Eisner Award-nominated Steve Foxe (CREEPSHOW, PARTY & PREY), illustrated by Piotr Kowalski (WHERE MONSTERS LIE, BLOODBORNE), colored by Brad Simpson and lettered by Hassan Otsmane-Elhaou. According to the official synopsis, “ALL EIGHT EYES takes readers back to the forgotten corners of post-9/11 New York City, where college dropout Vin Spencer floats through life in a drug-and-party-fueled haze until one terrible night sweeps him into a drifter’s reckless war against the giant eight-legged horrors stalking the city’s most vulnerable residents.”

“I’ve been obsessed with giant-animal horror stories ever since seeing THEM! and GILA! as a kid,” Foxe says. “ALL EIGHT EYES is both an ode to the thrills of watching oversized predators chow down on humans and a reckoning with how much NYC has changed–not always for good–since the turn of the century, drawing on my own time in the East Village and Alphabet City. I’m so thrilled to be making this arachnid gross-out alongside Piotr, Brad, and Hass. The detail Piotr brings to not just the creepy-crawly aspects of the book, but to every chipped brick and sticky sidewalk of NYC, is unmatched, and Brad and Hass match his skill page for page.”

The first issue will have a variant cover by James Stokoe, and the complete run will be collected in a paperback edition coming out November 8. This will include a pinup section with art by Stokoe, Martin Simmonds, David Romero and Trevor Henderson as well as a bonus sketchbook section. ALL EIGHT EYES will be available for pre-order soon at Amazon, Barnes & Noble, comic shops and independent bookstores. 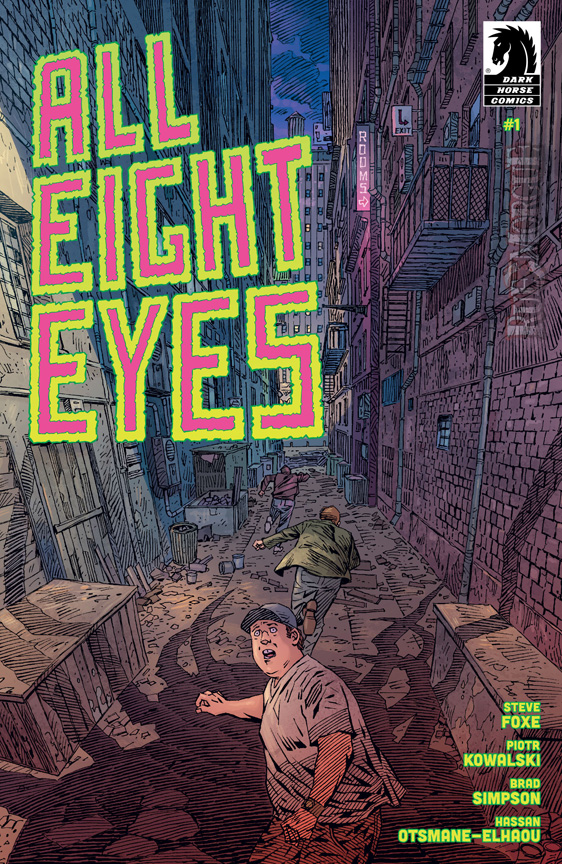 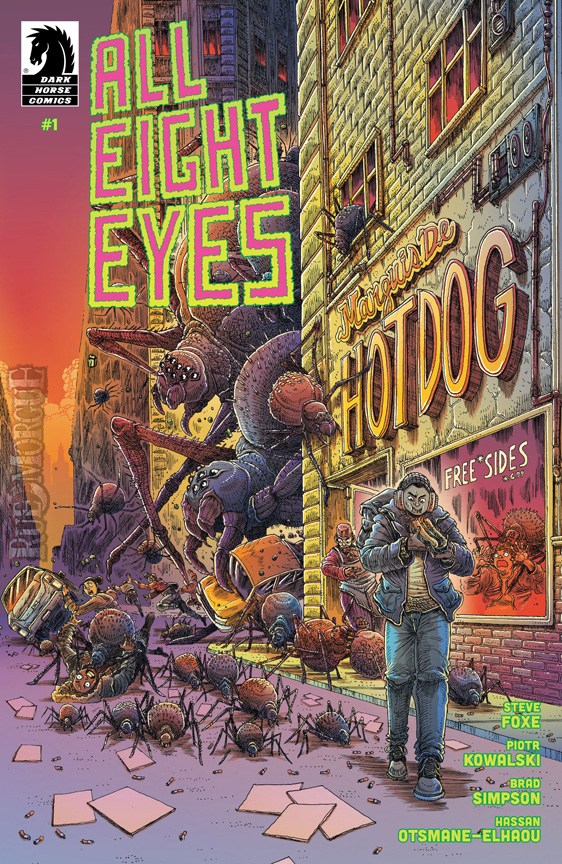 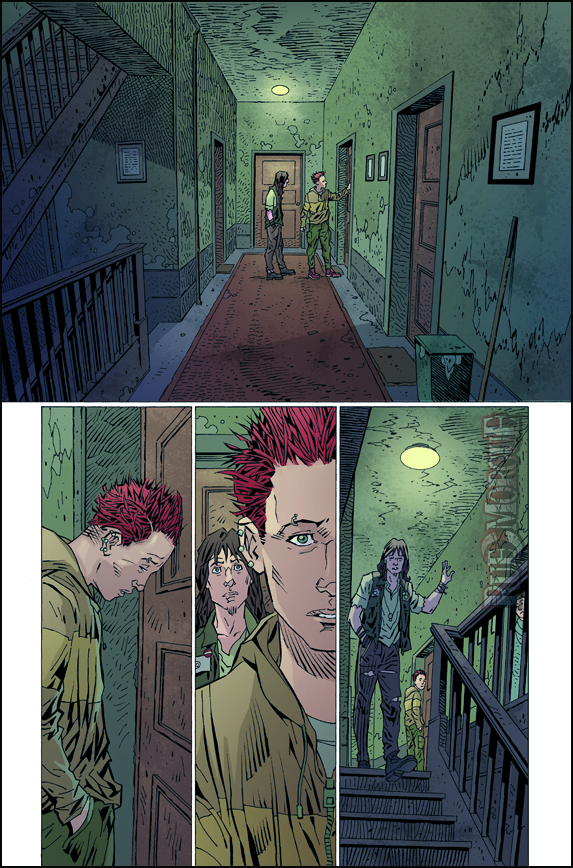 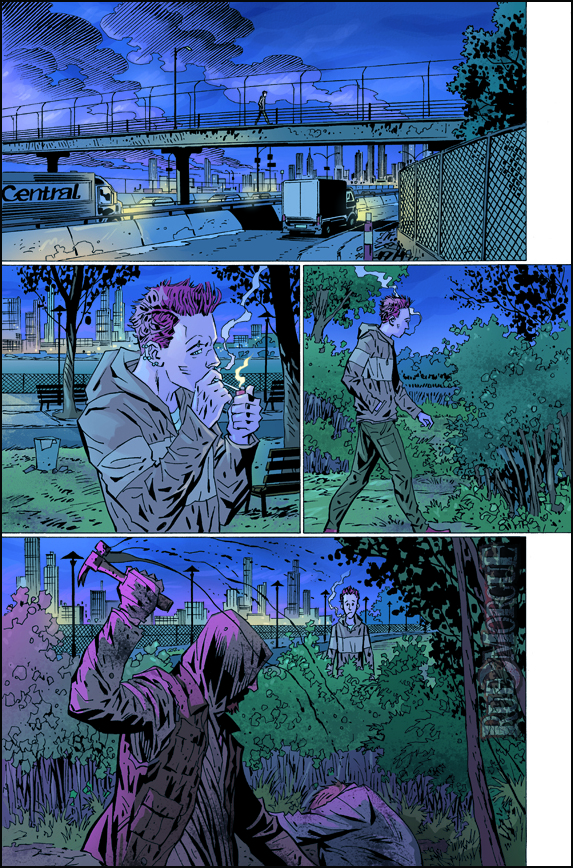 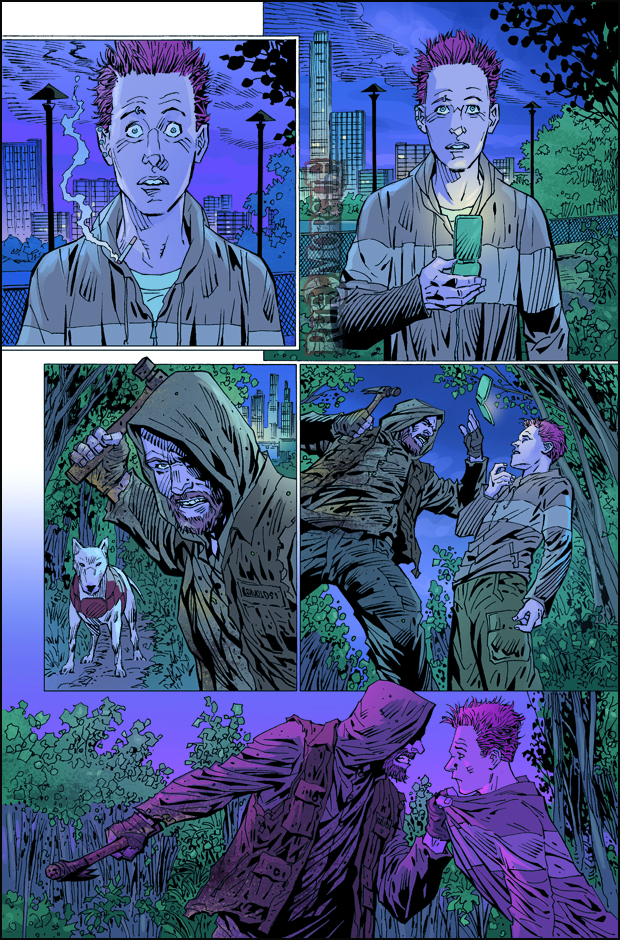