It’s the second in a planned trilogy of H.P. Lovecraft movies from filmmaker Bryan Moore.

Having previously explored the author’s mythos in 1999’s well-received COOL AIR, Moore is now adapting the short story “Pickman’s Model” into a feature, for production under his Arkham Cinema banner. He has just landed legendary artist Howard Berger to create the special makeup effects, including the ghoul seen in sculpture form (by Paul Komoda) above and below. The synopsis: “Traumatized from the bloodsoaked trenches of WWI, Elliott Thurber is held in a police interrogation room for murders he may or may not have committed. Thurber recounts the damnable tale of how he crossed paths with the reclusive and brilliant painter Richard Upton Pickman, whose magnificent realizations of Hell and its denizens certify him as either a genius…or completely insane. In the course of his alibi, Thurber tells the detectives of how he met Pickman at the Fleur-de-Lys Art Club in Arkham and was then granted a private audience at Pickman’s family estate. While Thurber learns the awful truth of Pickman’s history going all the way back to the Salem witch trials, a series of gruesome murders takes place in Arkham. An unseen beast preys upon the lost and the destitute, leaving a trail of blood and gore behind it…”

“Adapting Lovecraft to film has always been lamented as near impossible, but I’ve never felt that way,” Moore tells RUE MORGUE. “If a screenwriter wants to put in a modern sensibility or ‘saleable’ things like car chases, karate fights or scantily clad gals, then of course a Lovecraft story will feel wrong. Stuart Gordon pulled off his own vision quite successfully with RE-ANIMATOR, but I felt Stuart created his own genre rather than a true Lovecraft film. Stuart was such a kind man, a wise mentor and a dear friend. I worked for him on two of his Lovecraft adaptations, FROM BEYOND and DREAMS IN THE WITCH-HOUSE. One would be hard-pressed to find a better friend and teacher. 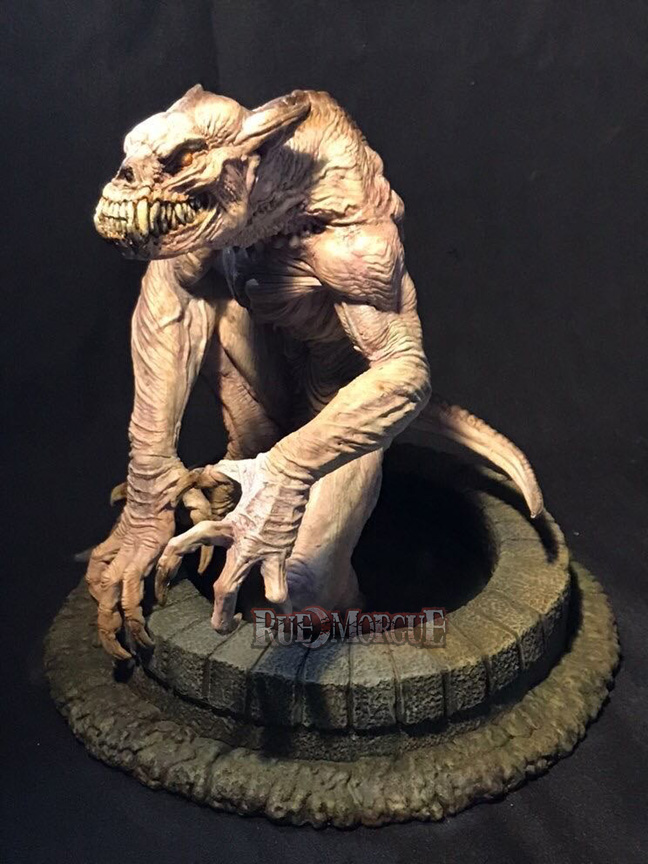 “My take on doing Lovecraft’s work justice,” he continues, “is to set it in the time that his stories were written: the Jazz Age, the Great Depression and during the Prohibition era, including the world views of that time. Don’t burlesque the source material and play it completely straight with the respect that it deserves–my feeling is if you do that, then anyone can adapt Lovecraft extremely well as a period piece.”

In regards to casting, Moore says, “My wish list for PICKMAN’S MODEL? I’d love to get someone like Robert Knepper or Michael Wincott to play Pickman. My pal Guillermo del Toro has ‘Pickman’s Model’ as part of his upcoming CABINET OF CURIOSITIES, where Crispin Glover plays Pickman. A great casting choice, and he’ll be a lot of fun to watch with all of his eccentricities. I can’t wait to see it!

“If I can bring anything to the table with my Lovecraft film adaptations,” he continues, “it’s that I truly care about doing it right and hitting all the emotional beats. Monsters are great–and I’ll have plenty of them!–but to me it’s all about the human experience in the Old Gent’s world that everyone can relate to. There are a lot of scenes in PICKMAN’S MODEL of the two main characters simply talking about art, life and even questioning the belief in God, but it’s peppered with enough traumatic flashbacks of the Great War and the Salem witch trials to turn the stomachs of even the most jaded viewers. The monsters we see in PICKMAN’S MODEL aren’t so much the nightmares that Lovecraft created but more just how awful human beings can be to each other. I hope that concept strikes a chord in folks.”

Berger, of course, has been responsible for countless memorable monsters and other makeup illusions since the late 1980s, and Moore recalls, “I met Howard back in 1982 when we were both creating horror makeups for a local Jaycees haunted house called ‘Factory of Nightmares.’ I was always in awe of Howard’s incredible talent and speed, as he routinely knocked out brilliantly done ghouls, werewolves and all kinds of nightmarish things that defied description. Over the years, Howard’s prowess as a businessman became evident as he co-founded KNB EFX Group, which soon became a much-sought-after design house for countless films. He’s easily one of the nicest guys around, and I can’t believe that I finally get to work with Howard once more and see that routine brilliance in action again in realizing Lovecraft’s hellish vision!”

Once PICKMAN’S MODEL is completed, Moore will embark on the trilogy closer, THE SHADOW OVER INNSMOUTH, for which makeup effects tests and a teaser reel are already in the works. A Kickstarter page has been set up to raise funds for PICKMAN’S MODEL; you can see it here. 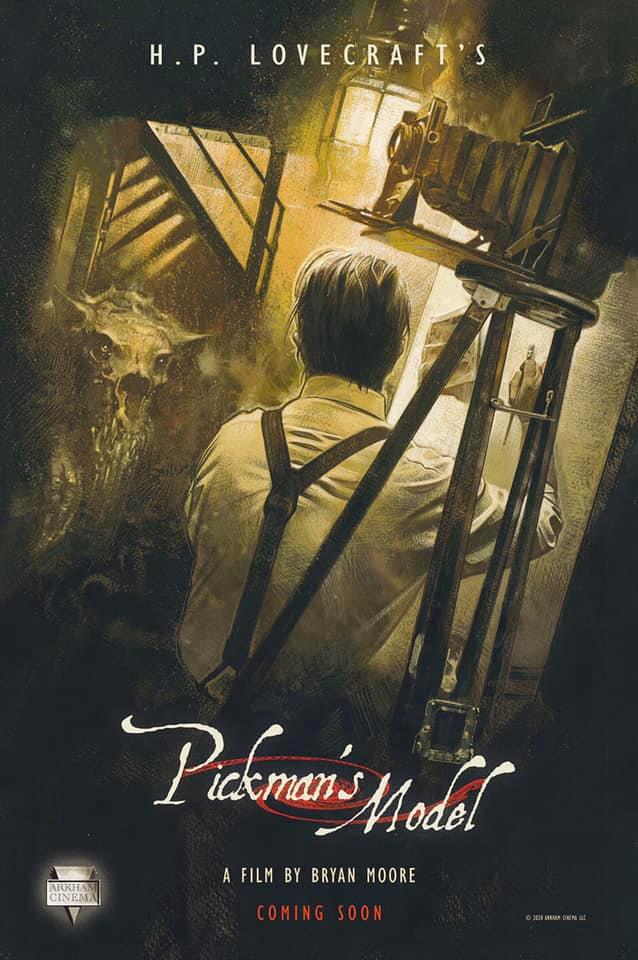