Nearly a decade into its gleeful deconstruction and reconfiguring of punk, hardcore and noise rock, the horror-obsessed Richmond, Virginia-based avant-punk outfit Bleach Everything finally gives us what songs such as “I Killed a Werewolf Once (It’s on Film),” “Facehugger” and “Witch, Please” always suggested was imminent: A sonic/visual cannonball into a dank ’n’ nasty corner of flash-horror cinema hell with interconnected video clips for the tracks “Bound” and “Cured,” the latter of which premieres exclusively below. (The clip for “Bound” is debuting simultaneously over at the website of heavy metal magazine Decibel; see it here.)

“Thriller” this is most decidedly not.

“‘Cured’ wraps up the premise established in ‘Bound,’” Bleach Everything vocalist Brent Eyestone says, “and ultimately documents our escape from the trappings of both the haunted house and demonic spirit [Jenn Muse] that was holding us all individually and collectively captive. As an added bonus, we get to burn everything to the ground. 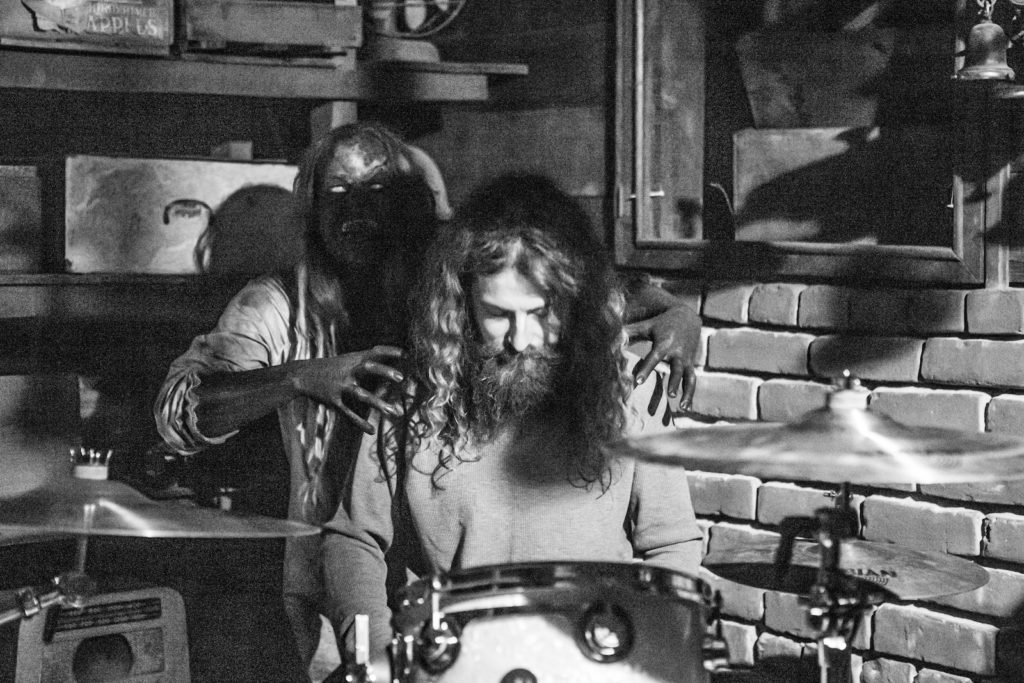 “Both ‘Bound’ and ‘Cured’ were shot in historic Redondo Beach with our friend Nath Milburn of Lil’ Baker Films,” he adds. “We shot direct to camcorder to mimic a lot of the low-budget direct-to-video genre movies we’d stumble upon back in the ’90s. Now that the air is getting colder and the sun continues to go down earlier and earlier, it’s a real treat to kick off our favorite time of year with a seasonally appropriate mini-double-feature.”

For more information on the group, seek out Bleach Everything on Bandcamp or Facebook.