Below we continue our interview with filmmaker/independent horror mogul Larry Fessenden (which began here), currently enjoying an expansive retrospective at New York City’s Museum of Modern Art. All of his directorial ventures and many more movies he’s produced through his Glass Eye Pix company are screening in this series; go here for the full schedule and details. Fessenden also works frequently as an actor, and he reveals that he recently wrapped a small role for one of the true greats…

What does Glass Eye have in the works now, especially horror-wise?

Well, as soon as I finish my MOMA retrospective, I’m going to start on my next film. It’s written, and I wanted to shoot last fall, but I couldn’t quite wrap my brain around it, and I did a couple of acting gigs. This may be a scoop for you: I’m in KILLERS OF THE FLOWER MOON, the Martin Scorsese film, which I made sure to make myself available for whenever that was going to happen. It was just a couple of days’ work, but it was very seminal for me. He’s my favorite living director, and I savored the whole thing, and spent time reviewing his movies and reminding myself how much he has meant to me over the years. That was a big deal.

Who do you play in KILLERS?

I’m in, ironically, a radio broadcast that happens in the film. It was a nice nod to [his audio-horror/drama series] TALES FROM BEYOND THE PALE, and I guess that’s all I can say about it, but it was a special experience. So a number of things kicked my film out of fall production, and let’s face it, I wasn’t ready. But now I’m eager, so that’s what I hope to be doing next. And I have a film that I produced called CRUMB CATCHER, by Chris Skotchdopole; it’s his first feature as director. We shot that last summer, and it’s in post right now.

You know, the thing is, people keep growing up and moving on from Glass Eye. Jenn Wexler [THE RANGER] is hoping to make her own film now, not a Glass Eye movie, but we’ve certainly been trying to help her for a year or two. People graduate from our fold, which I encourage, but then the new crop comes in with new projects. 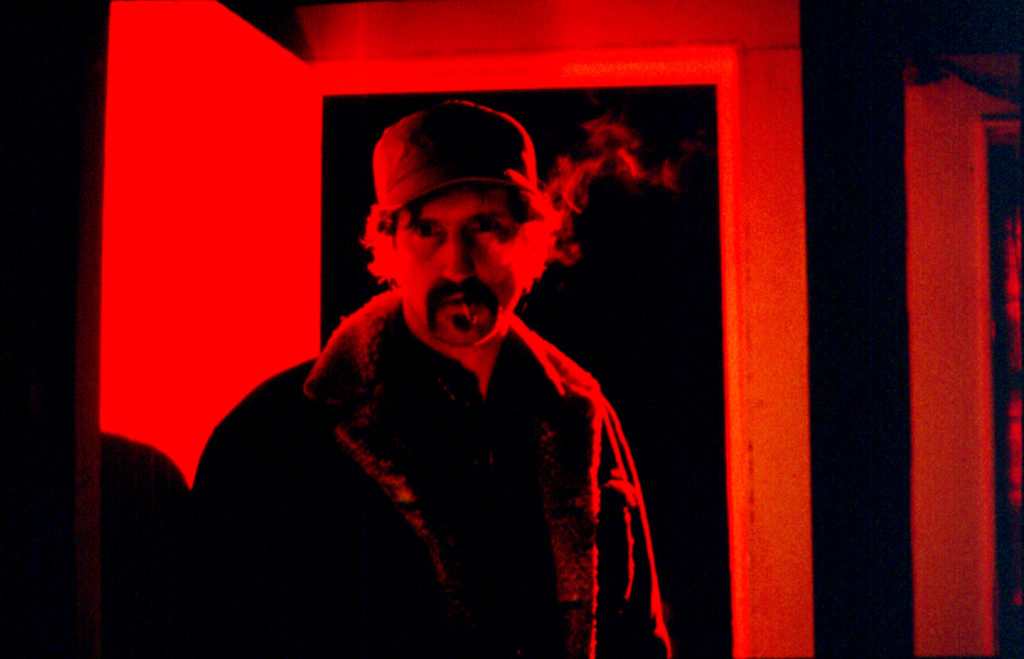 What can you tell us about your next movie and CRUMB CATCHER?

CRUMB CATCHER is a thriller that stars John Speredakos, who is one of the longest-standing Glass Eye collaborators. He was in WENDIGO [pictured above], and then about 12 of our other movies, and a lot of our radio plays. And then we have three other great cast members; it’s a four-hander, four people in a house, and it’s a thriller, not horror per se. [According to the IMDb, the plot concerns a newlywed couple held captive in a remote lake house by a crazed inventor and his wife.] But we don’t really think about genre; we think about the unfortunate situations that people find themselves in in our movies [laughs]. So I’m excited about that.

As for my own film, I never talk about my movies in advance, but I am very excited about it. I hope to get it out quickly, because it’s been burning for a little while now, and I’m eager to get it out there.

Your directorial projects have all had similar themes running through them, such as environmental concerns. Are we going to see those carry over into your new project?

Yes, but that’s because I’m mostly concerned with how humanity, and Americans, I suppose, put society together. This was an urgent issue 10 years ago, and now it has even more urgency, because there’s more distortion and lack of respect for truth, there’s more manipulation, there’s more narcissism and self-involvement and more environmental collapse. All the themes of horror movies are unfortunately coming true: the apocalyptic ideas of zombie movies and societal discord, and addiction themes and vampirism. All the themes that I’m interested in, I think they’ve always been true, but they seem very acute right now, as the world becomes overrun with avarice. It’s just getting louder and louder, we can’t find an escape. The theme of THE LAST WINTER is, you can never go home if the environment’s collapsing, if there’s climate change. You can’t escape anywhere, and I feel like with our technology now, and our social media, you can’t escape the noise of other people, and that’s another form of deep, deep depravity.

So the answer to your question is: Yes, those themes will always be in my movies, until humanity gets their shit together. And then I’ll be happy to make comedies. Everybody always says, “Why don’t you make comedies?” because I’m actually a very silly person [laughs]! But it’s because I’m so upset.

You mentioned zombie movies, and you’ve previously done your own variations on vampires, werewolves and the Frankenstein story. Do you have a zombie movie in you?

Oh, I do! It’s called PITILESS SUN. It’s a hard name to say, but if you see the words, it’s profound, and it’s from a famous poem [“The Second Coming” by William Butler Yeats]. I’ve been trying to make that one for years; it’s supposed to take place in Mexico, and it’s a great story. I wrote it with the same guy I wrote THE LAST WINTER with, Robert Leaver, and I sent it to a couple of companies… You know, the irony is, I love the act of creation so much that the act of following through is very hard. Like, how long do you pursue a single movie? How long do you try to get it made? And when I settled my sights on DEPRAVED, it took me nine years. So it’s not like I can make a call and they make the film; I can never get enough money, and that’s because the movies don’t make a lot of money.

So this is a big problem that I have, but the nice thing is that I produced STAKE LAND, and that’s a great apocalyptic zombie movie; of course, they’re vampires, but they live in the mind as zombies, right? So that’s why I produce, because I get to vicariously experience movies that I maybe haven’t committed my own time to, or that I don’t know how to get done, or that are better written and conceived of by Jim Mickle and Nick Damici, who did such a wonderful, passionate job with that movie. So I’m privileged to be part of their creative process, and to be an enabler and making sure they happen. I’m much better at fighting for other people than for me, because it seems effortless. If I believe in them, I will fight to the death, but if it’s me, I’m like, “Gee, shucks, maybe it’s not to be.” It’s tough.

You’ve supported so many up-and-coming filmmakers, you’ve kind of become the East Coast Roger Corman. How do you feel about your place as a mogul in the horror world?

I think the Roger Corman thing is great; I’ve also been compared to Val Lewton, which I like, because it’s a reference to a producer who had an aesthetic that affected a small group of movies. But as a kid, I didn’t love Val Lewton because there weren’t enough monsters–it was all too subtle! So I’ll probably be remembered similarly by future kids as, “Oh, those Glass Eye movies, there was never enough going on!”

But look, you know, it’s a struggle. I have a retrospective going on at the Museum of Modern Art, which appears to be amazing. But the real thing that matters is whether you can raise the money for the next movie. And that remains elusive, so to me, I’m just struggling along, and I don’t really have a place in any kind of movie history. I’ll be a footnote, but when you’re in the thick of it, what you’ve done is important, and I do feel that I’ve helped young filmmakers find their voices, and we do get movies made. Because that’s my thing: Let’s not talk about it, let’s not yearn for more money, let’s actually make the movie. And we can do it cheaply, because we’re smart, and we care, and the art is what matters.