EXCLUSIVE INTERVIEW: ALEXANDREA WEIS GETS UNDER YOUR SKIN WITH “RIVER OF ASHES”

History, haunts, and horror. Growing up the daughter of a filmmaker in New Orleans’s famous French Quarter, novelist Alexandrea Weis has seen it all—and she’s brought it all in her new novel RIVER OF ASHES, co-written with Lucas Astor. Currently in development for a television series, RIVER OF ASHES is the first in a new series that follows a pair of twin sisters who unintentionally expose the dark, twisted skeletons of their small town’s premier family. RUE MORGUE recently sat down with the author to discuss the genesis of the series and its future. 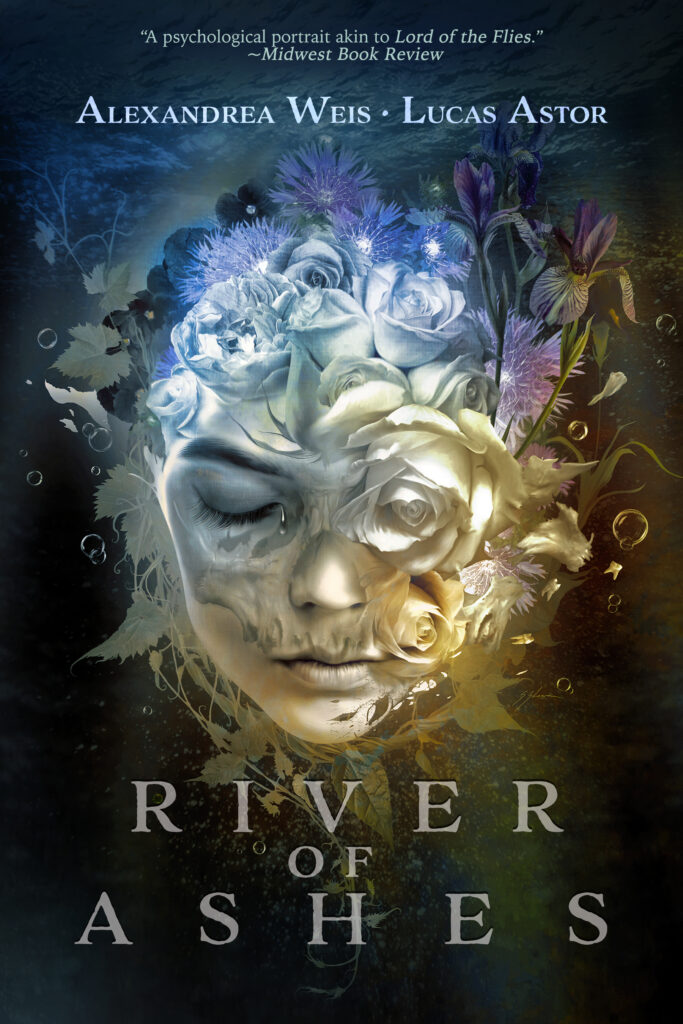 In many ways, RIVER OF ASHES is a very personal story for you, starting with the book’s setting, which is essentially right in your backyard: set along the Bogue Falaya River, a waterway that runs near the ruins of the abandoned St. Francis Abbey. Both are real locations in Louisiana, though not necessarily as they appear in the book – is that correct?

The Abbey is real, though not abandoned. There is a working seminary college and Saint Joseph Abbey located in Saint Benedict on the outskirts of Covington, Louisiana, very near where I live. And nearly every day I drive over the Bogue Falaya, which roughly translates to “little river” in the Indigenous language of the area.

I love that you draw inspiration from places near and dear to you; It brings a sense of realism and authenticity to RIVER OF ASHES and lends a natural ambiance that resonates with readers. Since the Abbey is currently in use, it’s obviously not in ruins, but I imagine it comes with a ready fount of folklore and superstition. Did any of the setting’s real history influence your novel?

The Abby does have a cemetery where some of the monks are buried, and the area itself is steeped in history and legend as well as many stories from the Tribes who were here before New Orleans was settled. Of course, anywhere there’s a creepy, derelict building in Louisiana, especially next to a river swathed in the shadow of trees, there’s a story to go with it. 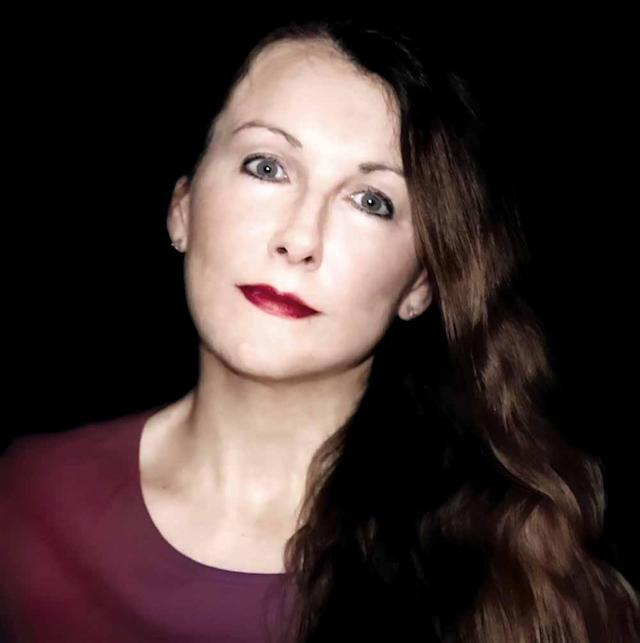 Well, if I were a spectral Lady in White – like the ghostly woman in RIVER OF ASHES – ruins near a river seem like a perfect place to hang out.

It’s got to be a lot quieter than the French Quarter, so why not?

Many people have only seen New Orleans as tourists, but you’ve spent your life in the area. What’s that been like?

I grew up in the French Quarter. Back then, it was a different atmosphere – all the rowdiness was really contained to two, maybe three, blocks along Bourbon Street. The rest of the quarter was a relatively quiet neighborhood. A lot has changed through the years, starting in the 1980s when Anne Rice set her Vampire Chronicles books in the Quarter.

And she had her beautiful home in the Garden District for some time.

Yep, at First and Chestnut. Everyone knew Anne Rice’s house. She had multiple properties at one time, but what I remember most was she had two beautiful mastiffs – I mean, gorgeous. I worked uptown for a number of years, and whenever I was nearby, I would want to just stop and talk to the dogs.

Proximity to Anne Rice isn’t your only celebrity encounter in the French Quarter. You have an interesting familial relationship with Hollywood and have been involved in some film work in the heart of New Orleans. Can you tell me more about that?

My dad had an independent production company in the French Quarter – part of the reason why I grew up down there. His office was right across the street from a place called Madame John’s Legacy, which is the oldest standing Caribbean architecture and one of the only buildings to survive the Great New Orleans Fire in 1788. Dad worked on several big productions, one of them being the James Bond film Live and Let Die (1973). The famous jazz funeral in the French Quarter was filmed right around from my dad’s office. I grew up on film sets. I know how to load 35-millimeter mags, set up lights, run sound and edit. I even had a SAG card.

And yet here you are, a novelist. Was there a reason you gravitated to writing and not so much to the film side of things?

Actually, I started out writing scripts with my father, but friends I went to high school with said I would grow up to be an author. I think good writing begins with experiences. You’ve got to live to write. My mom was a nurse who worked on the first open heart transplant team in Louisiana. She once told me, “In your father’s business, you get many takes to get it right. In mine, you only get one.” That stuck with me. So I pursued nursing –  always writing and having stories in my head, but thinking that novels would be something I’d focus on “later.” I got my Masters and Ph.D., then went on to teach, but once that was done, I sat down and started writing, bringing those experiences to the page.

And do you ever! You’ve written everything from romance to thrillers. Though you’ve done so many excellent projects across genres, do you have a favorite to write in?

I like thrillers. Don’t ask me why, but I love getting into the mind of a psychopath. Writing bent characters is just fun. And I love the supernatural, of course. I grew up with ghosts. I love writing them. If I can combine the two, even better. 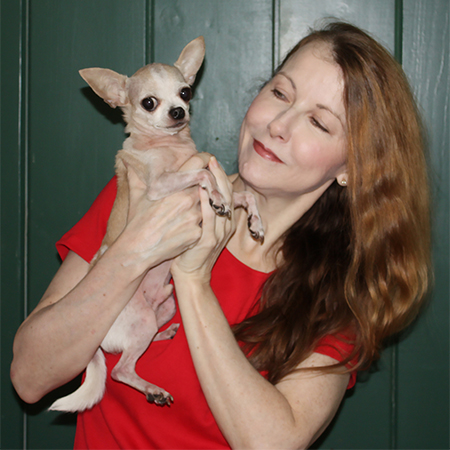 Many of your works involve supernatural elements like ghosts and hauntings, and your Magnus Blackwell series also centers around voodoo. Have you ever had any experiences with ghosts or voodoo practitioners in the French Quarter?

I grew up in a haunted cottage on Dumaine Street. Ghosts were the norm for me and everyone living in the oldest section of the Quarter. I did not have what anyone would call a normal childhood. Early on, I developed a healthy respect for the strange and unusual. In our home, unseen things knocked on walls, doors opened, lights flickered, radios turned on and off, things moved around and full-bodied apparitions appeared, which fascinated our cats. There was nothing like sitting in a chair and having all the cats in the room follow something across the floor that you couldn’t see. The French Quarter I knew was well before the popularity of ghost tours. Much of what is told by tour companies is a mixture of myth and fact. The people who lived, loved and died in the city’s oldest section had tragic experiences that weren’t all about voodoo or long-forgotten curses. Fortunately, those who grew up there remember the authentic oral tradition related to particular houses on certain streets. And I was lucky enough to know many of the owners of those famous homes and even visited a few of them.

My neighbor was a voodoo priestess who often performed rituals on her patio. I would watch, fascinated by the ceremonies. She taught me a great deal about the religion and respecting the ghost who inhabited my home. It instilled in me a sense of wonder about the supernatural but also allowed me to approach it in a way that made the unreal seem real in my books, including the Magnus Blackwell series I also co-authored with Lucas Astor.

As with many of your books, your thrillers can become deeply personal, sometimes, as well. Beyond the proximity to your hometown, I understand that RIVER OF ASHES was also inspired by a friend in high school who – like the women in the book – was a victim of an assault by a “golden boy” similar to the RIVER OF ASHES’ antagonist, Beau Devereaux. Are you able to share more on how that shaped the characters in this novel?

Yes, there’s a true story that I discuss in the back of the book about someone I went to high school with in the ’80s.  Junior year, she was asked out by a guy everyone wanted to date. Afterward, we all watched her change – her clothing, her personality, her interests. By senior year, she had really changed, and we didn’t understand why. Decades later, she finally shared her story: She’d gone on the date, was drugged and raped. She never told anyone, and we, her friends, never knew what was wrong. I remember thinking, “Oh my God, we missed it,” and I felt so guilty. At the time, none of us knew how to look for or decode the signs of sexual assault, and her story became a catalyst for RIVER OF ASHES. I wanted to give women like her a voice – to show girls that “Mr. Perfect” isn’t always “Mr. Perfect.” 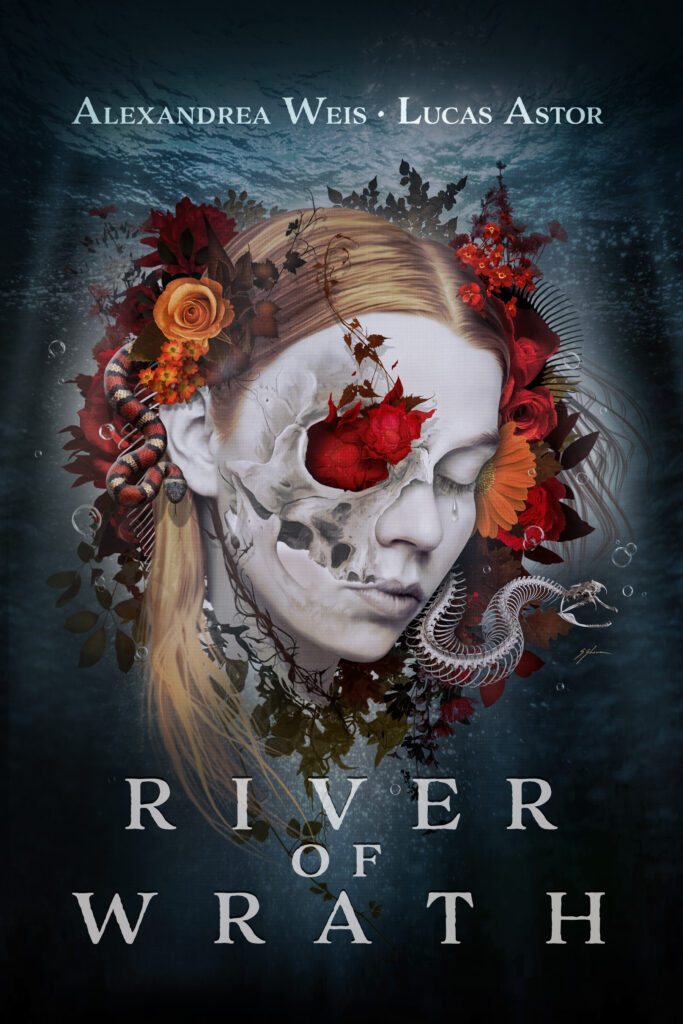 It’s a powerful message and a necessary one,  a cautionary tale, written inside a story rich on atmosphere, history, and culture that, despite its ghosts and hauntings, presents an all-too-real terror that many have experienced firsthand. On that note, when can we expect the next book in the St. Benedict series?

The second book, River of Wrath, is set to come out on January 31, 2023. The third installment in the series, River of Ghosts, is expected fall 2023.

“Don’t ask me why, but I love getting into the mind of a psychopath. Writing bent characters is just fun.” 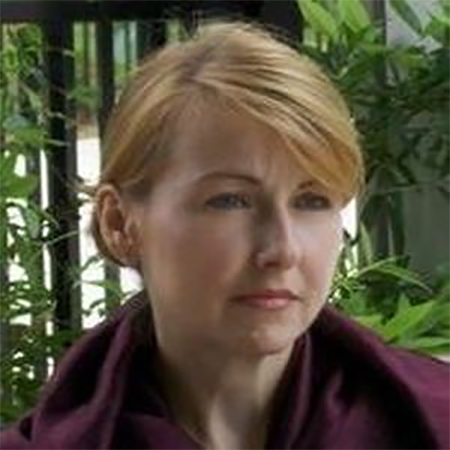