The warring monsters of the 1971 cult flick are returning on the illustrated page, along with some of their stablemates.

Drive-In-Sanity Films and Independent-International Pictures announced at the recent Chiller Theatre Expo in New Jersey that they’re teaming up on the DRACULA VS. FRANKENSTEIN 2: IMMORTAL COMBAT comic series, and gave RUE MORGUE the first official words and images on the project, including the teaser art seen above and cover sketch for the first issue below. Zandor Vorkov (a.k.a. Raphael Engel), who played the movie’s lead vampire, was on hand at the convention (as seen in the photo below) and says, “I’m thrilled my Dracula persona will be coming back from the dead in comic-book form for fans to enjoy!”

IMMORTAL COMBAT will reunite the team behind Drive-In-Sanity and I-I’s previous comics project, BRIAN YUZNA’S TALES OF BLOOD ISLAND: writers David Sehring and Mark Cerulli, illustrator Stephen Sistilli and colorist/letterer Dexter Weeks. I-I president and DRACULA VS. FRANKENSTEIN producer/co-writer Samuel M. Sherman is contributing to the story, which continues where the Al Adamson-directed movie left off and brings in characters from Adamson and Sherman’s other flicks as well.

“Without giving up too many of the details,” Sehring says, “DRACULA VS. FRANKENSTEIN 2: IMMORTAL COMBAT will exist once upon a time in a weird and wild California beyond belief!” Adds Cerulli, “The comic book will be an action-packed fantasy filled with and inspired by Sam Sherman’s and Al Adamson’s drive-in and grindhouse genre archetypes, classic cult exploitation tropes and characters from their other horror, biker, blaxploitation and kung fu film output.”

“As a cult-movie fan myself,” Sherman says, “I try to make movies that cult-movie fans will enjoy. I hope this comic-book series captures the fun and feel of the drive-in movies of the ’60s and ’70s and the movies I made with my business partner and friend, Al Adamson.” 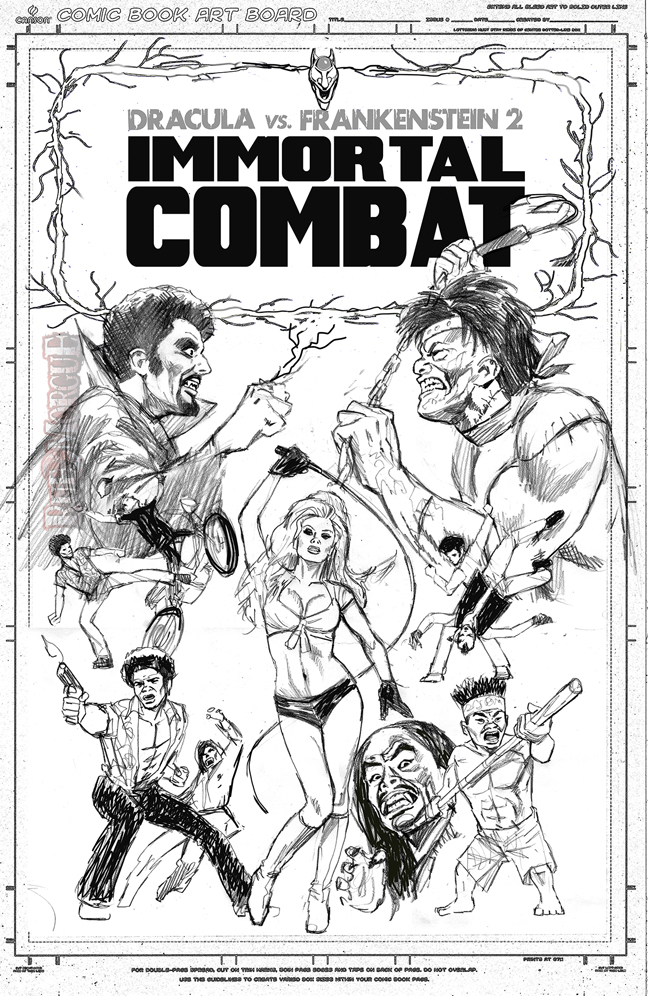 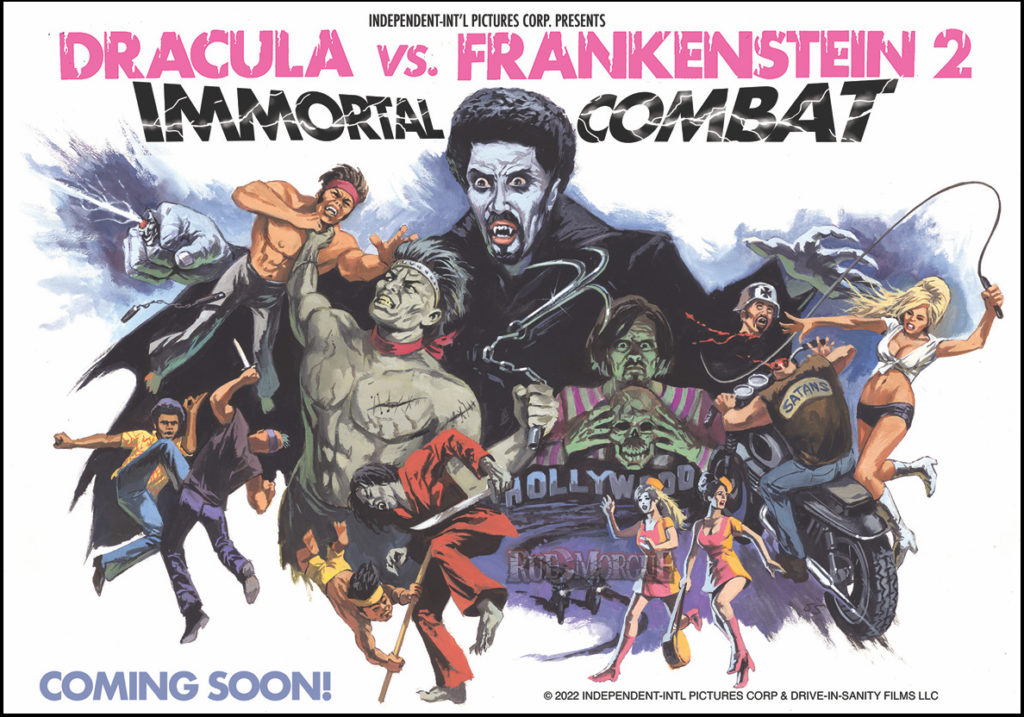 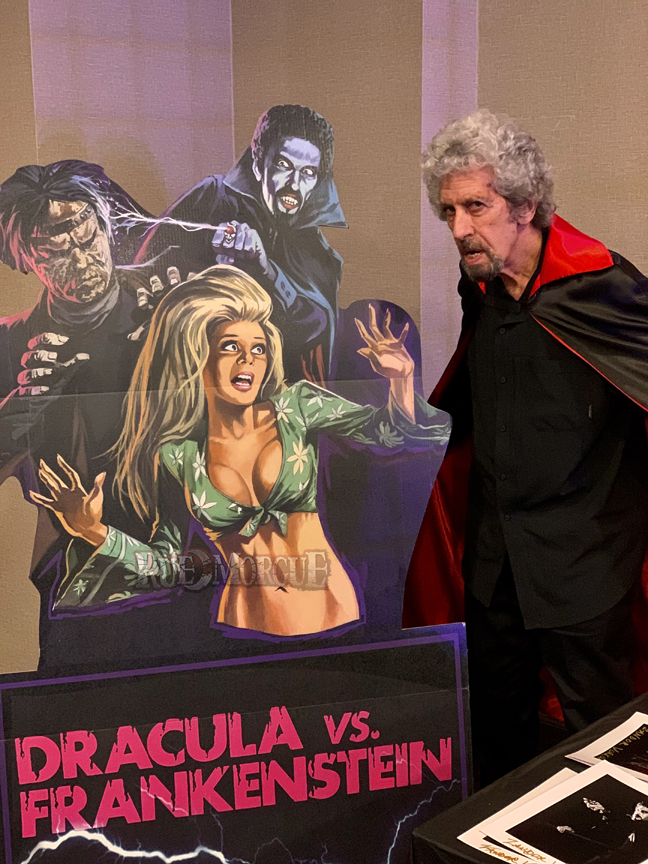