The end of innocence will begin to get a wider audience later this month.

RUE MORGUE got the first word on the specs and dates for the Blu-ray of Avalon Fast’s HONEYCOMB, a limited-edition disc coming from Gold Ninja Video. Pre-orders will begin at that website November 15, with a release date of November 29. HONEYCOMB, which Fast shot in the summer of 2019 when she was just 19 years old, had a strong fest run earlier this year, beginning with a world premiere at Slamdance and continuing through the Boston Underground Film Festival, the Fantasia International Film Festival, the Chattanooga Film Festival and others. The cast is headed by Sophie Bawks-Smith, Jillian Frank, Destini Stewart, Mari Geraghty and Rowan Wales; the synopsis: “Five small-town girls abandon their mundane lives and move into an abandoned cabin. Growing increasingly isolated, their world becomes filled with imagined rituals and rules but the events of one summer night threaten to abruptly end their age of innocence forever.”

The Blu-ray will feature a hi-def transfer of the movie with the following special features:

See our review of HONEYCOMB here. 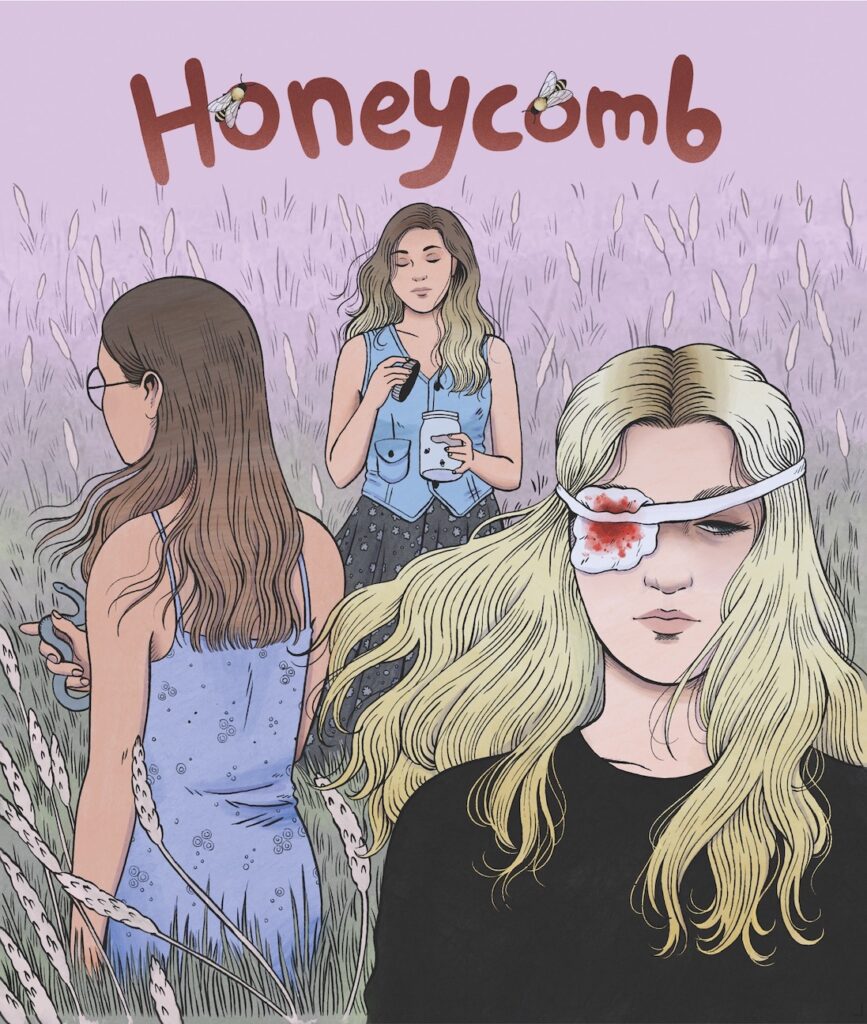