Exclusive comments, plus trailer & poster: New horror omnibus “UNDERNEATH: AN ANTHOLOGY OF TERROR”

The grassroots feature is making its way around the festival circuit, and a sequel is already in the works.

Filmmaker John Nicol tells RUE MORGUE, “UNDERNEATH: AN ANTHOLOGY OF TERROR is a collection of sinister tales bound together by a handful of narrative vignettes. My goal was to reinvigorate all things creepy, a platform to bring scary back. In addition to the theme, we were all cognizant of the amount of fear we tried to establish.

“The film is comprised of five chapters, an epilogue and seven vignettes,” he continues. “The vignettes have a semi-linear narrative structure designed to lure the viewer into the next installment. The theme at play throughout the entire piece is simple: an unnatural or otherworldly influence, whether literal or metaphoric. The influence of demons on our domain, our sanity–or insanity.”

The movie’s parts are:

Nicol and co. are currently preparing to roll the sequel UNDERNEATH: BEYOND THE THRESHOLD next month, and have set up an Indiegogo page to help finance it; click here to check it out. 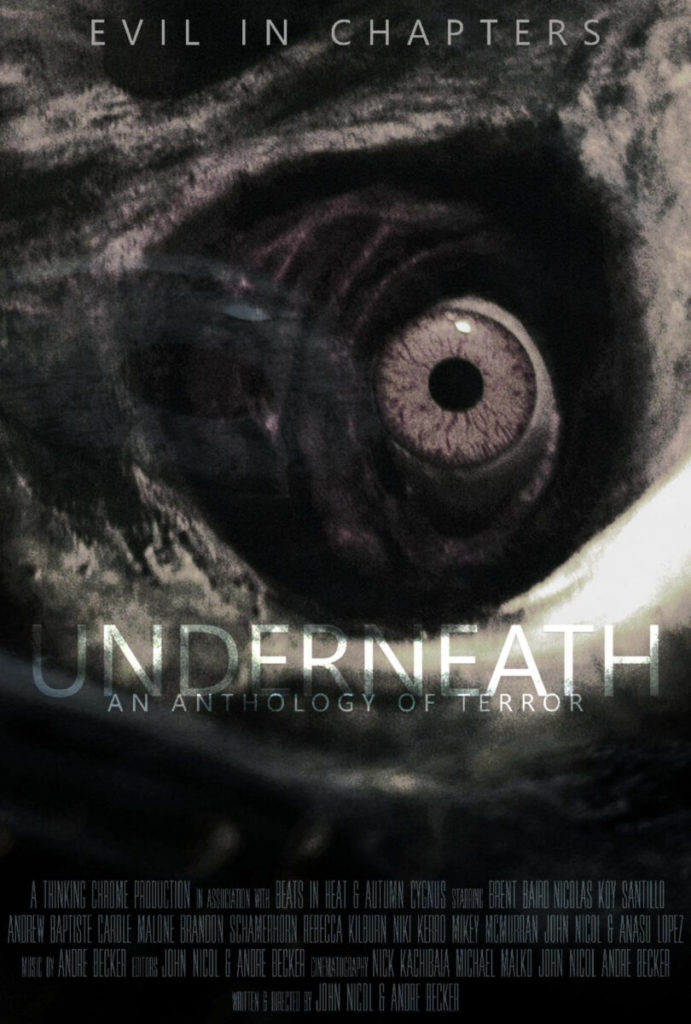