Writer/director Jefferson Moneo claims the forthcoming film is based on his own extraterrestrial encounter as a child.

Cranked Up Films releases COSMIC DAWN to select theaters and VOD February 11. The cast is headed by Camille Rowe (THE DEEP HOUSE), Emmanuelle Chriqui (WRONG TURN), Antonia Zegers, Joshua Burge and Phil Granger, with frequent John Carpenter collaborator Alan Howarth providing the score. The synopsis: “After witnessing an alien abduction as a child (and subsequently being told she’s crazy for most of her life) Aurora [Rowe], now a young woman, joins the UFO cult The Cosmic Dawn after discovering a book written by the group’s leader, Elyse [Zegers]. Aurora’s time at the cult’s remote island compound is marked by miraculous revelations, consciousness-expanding flowers, and a burgeoning friendship with Tom [Burge], the resident cook. When a fellow cult member starts to display increasingly bizarre behavior, Aurora begins to question Elyse’s sanity–and her own–and starts looking for a way out.” 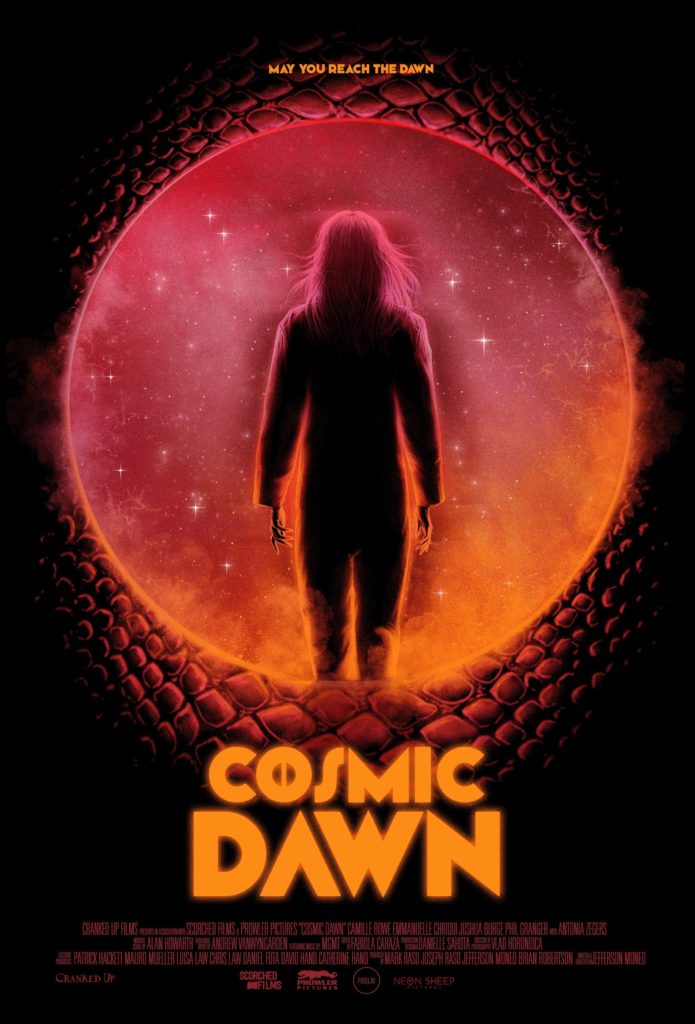