Exclusive clip: “THE BEYOND: THE COMPOSER’S CUT,” new Frizzi for Fulci

The rescored rerelease of the Italian shock classic is currently creeping across the country.

Grindhouse Releasing has been bringing THE BEYOND: THE COMPOSER’S CUT to select theaters across the U.S. and Canada; you can check out upcoming playdates here. Lucio Fulci’s 1981 chiller about one of the seven gates to hell opening in New Orleans, starring Katherine (Catriona) MacColl and David Warbeck, has been given a new musical score by its original composer, Fabio Frizzi, along with a new 4K restoration. This version previously screened at Beyond Fest and the Brooklyn Horror Film Festival to enthusiastic fan response.

“Fulci fans will definitely want to see this on the big screen for the maximum impact,” says Grindhouse Releasing co-founder Bob Murawski. “It’s the best the movie has ever looked and a whole new experience in terror with Fabio’s brilliant new score!” 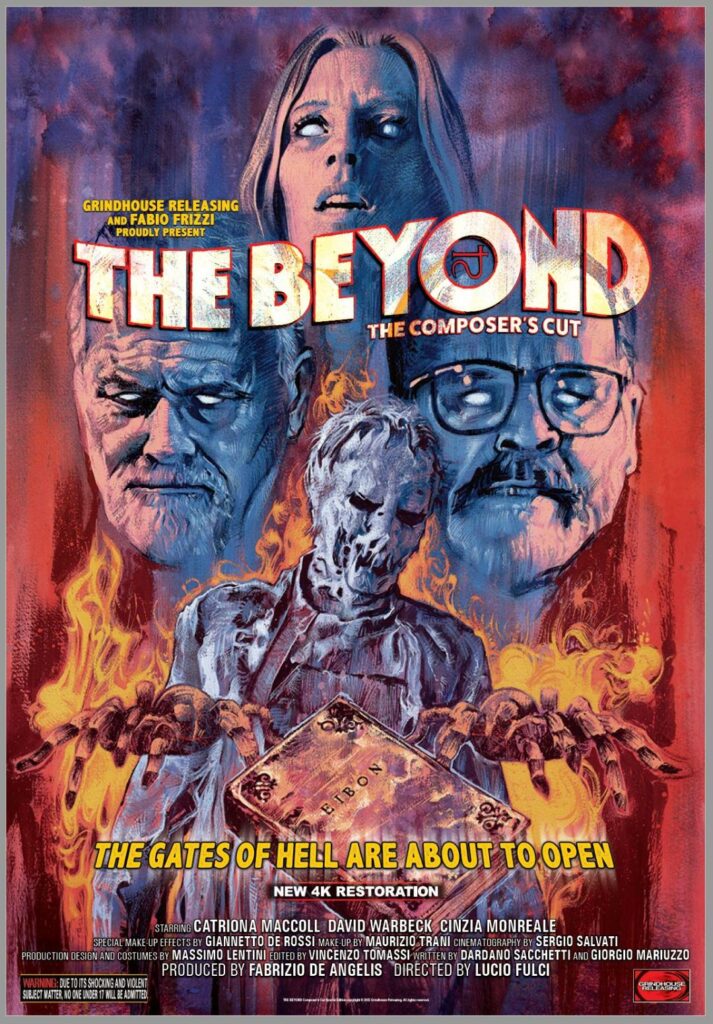