Exclusive clip: Something’s hungry in the woods in “TETHERED”

And it’s got the movie’s young hero at the end of his rope.

TETHERED is coming to select theaters and VOD tomorrow, March 18 from Gravitas Ventures. Directed by Daniel Robinette, it stars Jared Laufree, Alexandra Paul (CHRISTINE), Kareem Ferguson and Brody Bett. The synopsis: “In the remote woods of North Carolina, a blind teenager named Solomon [Laufree] lives by himself in total isolation. Despite his impairment, Solomon is able to navigate his surroundings by tying a long rope around his waist that stays tethered to the cabin where he lives. Armed with only his tether, Solomon survives by fishing, foraging, and trapping small animals for food. His only other stimulation is a tape recorded message containing three mysterious rules: The First Rule: When you hunt or scavenge, do it for two–one for the forest and one for you. The Second Rule: When your will is almost gone and you feel like giving up, find comfort in singing our song. The Third Rule: You must never, ever let go of the rope.” 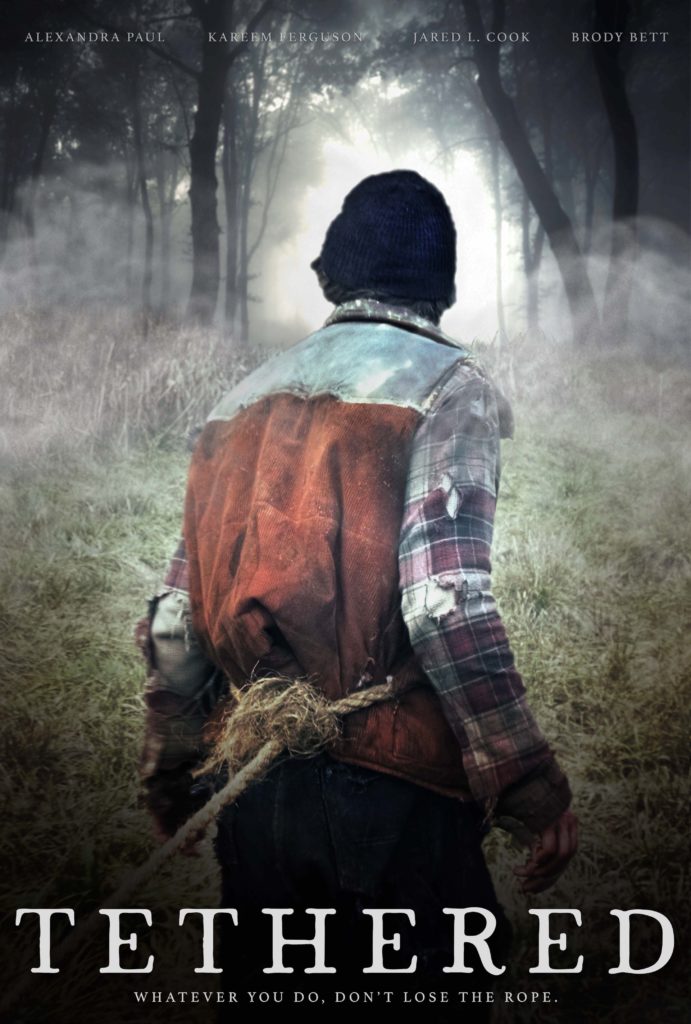