Distributed by Giant Pictures, RUCKER is now on VOD and hits Blu-ray and DVD tomorrow, February 3. Directed by Amy Hesketh from a script she wrote with Aaron Drane, it stars Bobby C. King, Cheyenna Lee, Corey Taylor, Alicia Taylor, Jessica Cameron and Leona Britt. The synopsis: “For the past 30 years, Rucker the trucker [King] has devoted his life to traveling the road as a mass serial killer. When Maggie [Lee] makes Rucker the subject of her documentary, their journey takes a dangerous detour when Rucker recruits her to complete his masterpiece: A connect-the-dots roadmap portrait of his ex-wife composed of the women he’s killed who resemble her.” 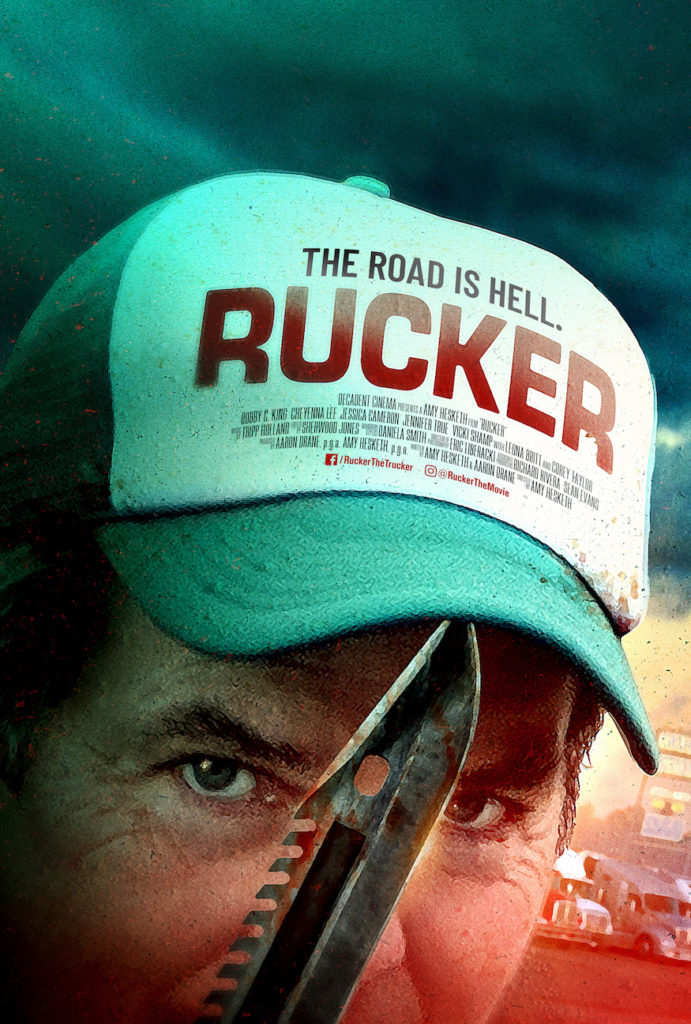