A teenage girl takes a special interest in the dark side in an exclusive excerpt (with some NSFW language) from PYEWACKET, the already acclaimed horror film that goes into general release this week. Jump past the jump to check it out!

Opening in select theaters and also coming to VOD and digital platforms this Friday, March 23 from IFC Midnight, PYEWACKET was written and directed by BACKCOUNTRY’s Adam MacDonald, who discusses the movie here. Nicole Muñoz, THE WALKING DEAD’s Laurie Holden, Chloe Rose, Eric Osborne and Bianca Melchior (in the title role) star, with makeup effects designed by David Scott (THE BLACKCOAT’S DAUGHTER, ANTIBIRTH). The synopsis: “Teenage Leah [Muñoz] finds solace from the recent death of her father—and from her strained relationship with her mother [Holden]—by dabbling in the dark arts. It all seems like harmless fun at first, until a blowout argument leads Leah to do the unthinkable: put a death curse on her mother. No sooner has the girl performed the ritual than she regrets it. But it may be too late, as an evil presence known as Pyewacket begins to make itself known—and threatens to destroy both mother and daughter.” 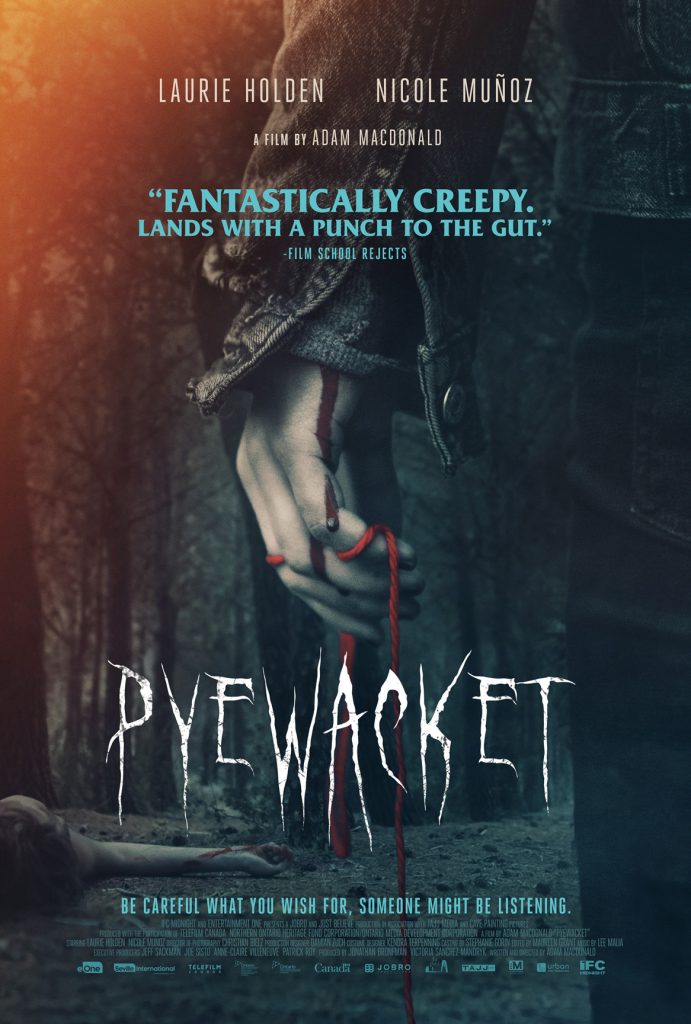