Exclusive clip: Learn first-hand “WHERE THE SCARY THINGS ARE”

It’s feeding time for something inhuman in a movie described as “STAND BY ME or THE GOONIES with a deliciously dark twist.”

Lionsgate releases WHERE THE SCARY THINGS ARE to VOD/digital platforms and DVD June 28. Written and directed by B. Harrison Smith, it stars Peter F. Cote, Quinn Andrew Fickes, Selina Flanscha, Oliver Givens, Emma Lim, Asher Ruppert, Riley Sullivan, Paul Cottman and Michael Cervantes, with creature effects by Roy Knyrim and S.O.T.A. FX. The synopsis: “The horror begins as Ayla [Flanscha] and her high school friends discover a hideous, semi-human mutant. They keep it prisoner while shooting repulsive viral videos, with the gang’s hunger for ‘likes’ driving them to film the beast performing murderous acts. When one boy sees that Ayla is using the monster’s gruesome violence to settle her own vendettas, he threatens to tell the authorities—but is he too late to save his friends?” 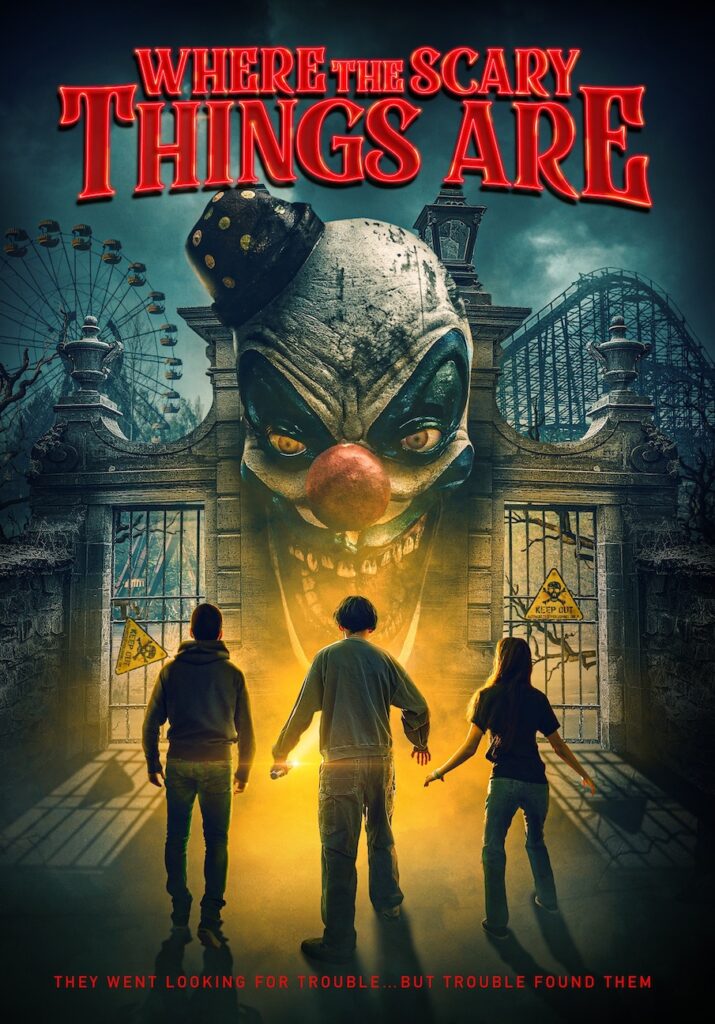