Exclusive clip from “3 DEMONS” puts a stranglehold on you

Get all choked up from this excerpt from the new supernatural thriller.

3 DEMONS, directed by D.M. Cunningham (THE SPORE) and written by Cunningham and Peter Tell, debuts today on digital and physical platforms from Uncork’d Entertainment. Tell, Haley Heslip, Laura Golinski, Jovonnah Nicholson, Zoë Cunningham and Sherryl Despres star; the synopsis: “The film fixes on a deputy that is tasked with watching over the body of a recently deceased woman until her family can arrive and claim her. As his curiosity gets the better of him, he inadvertently concludes an unfinished ritual. The conjuring now complete, strange and sinister forces begin to target him. As his past is unearthed, he’s forced to face his own demons with terrifying consequences.” 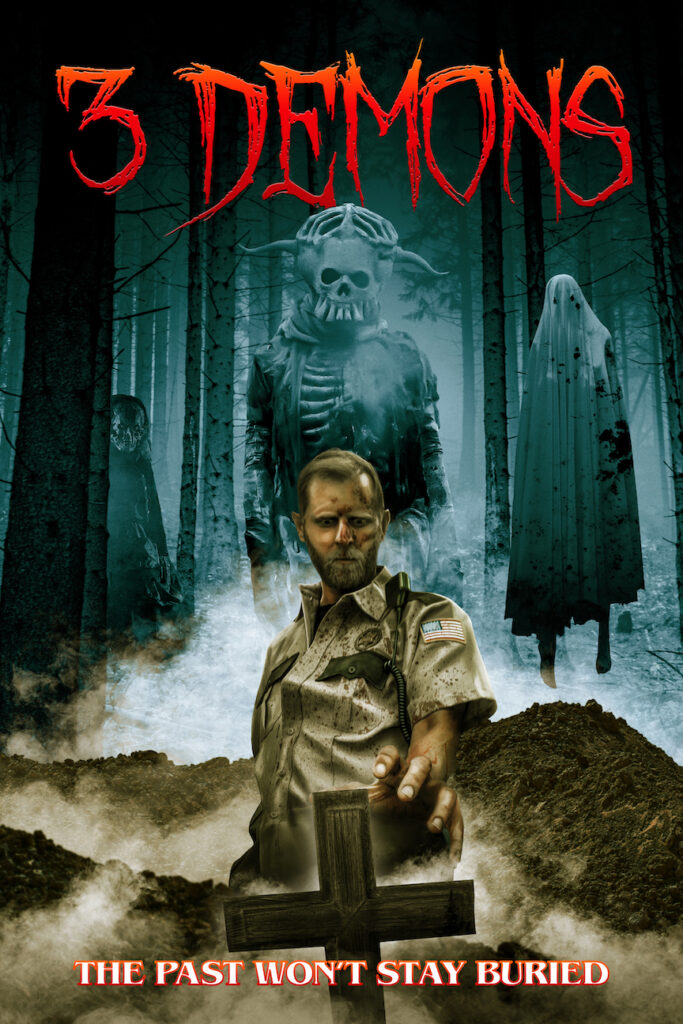