Exclusive clip: Delivering a victim to “THE JACK IN THE BOX: AWAKENING”

The evil clown isn’t the only bad guy in next week’s sequel to 2020’s THE JACK IN THE BOX.

Once again written and directed by Lawrence Fowler, THE JACK IN THE BOX: AWAKENING is coming to VOD, digital HD and DVD January 18 from 4Digital Media. Matt McClure, James Swanton, Mollie Hindle, Nicola Wright, Nicholas Anscombe, Michaela Longden, Erina Mashate, Jason Farries and Victor Mellors star; the synopsis: “Terminally ill heiress Olga Marsdale [Wright] acquires a mysterious gothic box containing a captured demon–Jack. The powerful entity within makes a deadly deal with Olga and her devoted son Edgar [McClure]–deliver six victims to Jack and Olga will live. They trap several unsuspecting victims for him within the vast crumbling mansion–but can they deliver all six before it’s too late? Or will Amy [Hindle], the young and innocent woman recently hired to look after the estate, turn out to be more than a match for both the family and Jack?” 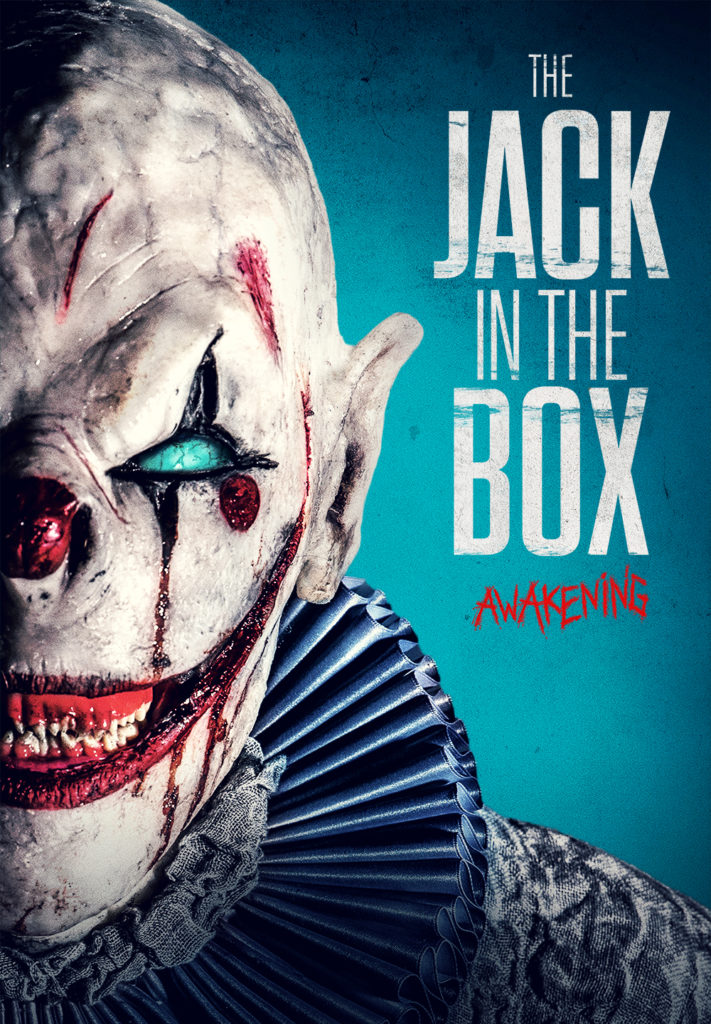