Exclusive clip: Death suffuses the “NIGHT AT THE EAGLE INN”

It’s the latest chiller from the creators of TEN MINUTES TO MIDNIGHT.

NIGHT AT THE EAGLE INN, directed by Erik Bloomquist from a script he wrote with Carson Bloomquist, is currently in select theaters and comes to VOD/digital platforms tomorrow, November 2. Erik co-stars in the film, which is toplined by Amelia Dudley, Taylor Turner, Greg Schweers and Beau Minniear. The synopsis: Fraternal twins Spencer and Sarah Moss [Turner and Dudley] embark on a pilgrimage to a remote Vermont inn to investigate the last known whereabouts of their father, who mysteriously disappeared the night they were born. Once checked in, the uncanny innkeeper and enigmatic groundsman guide the twins through the institution’s tragic and terrifying history. Not ones to leave any stone unturned, Spencer and Sarah go rogue and dive deeper–their exploration leading to shocking revelations as the property’s dark secrets ensnare them in a hellish labyrinth they must escape before dawn.” 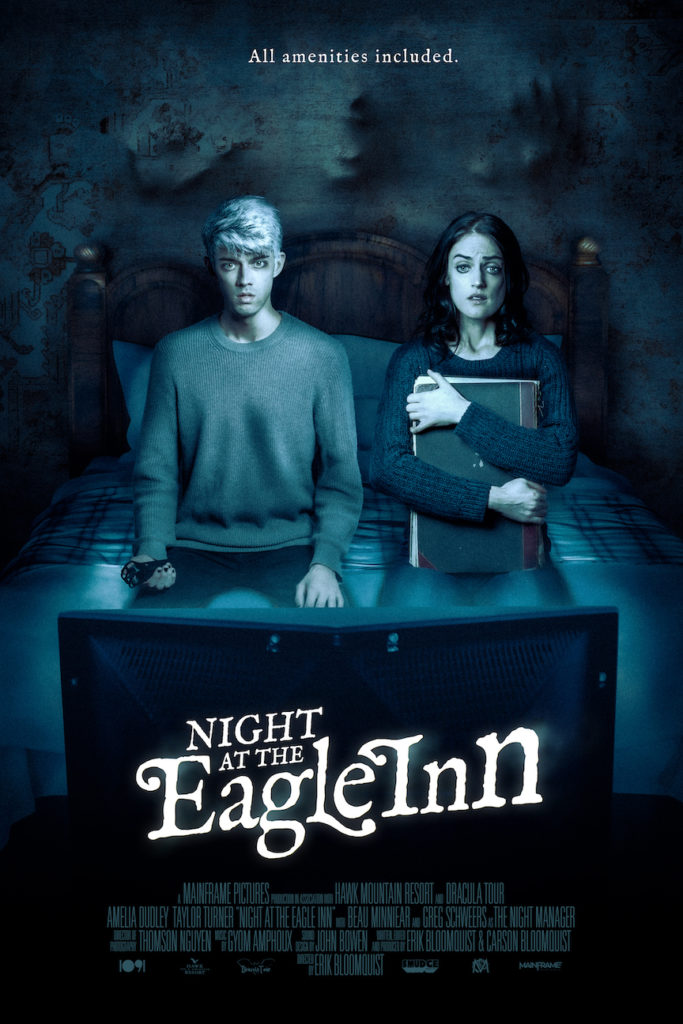