The new film’s protagonist has a scary reason to seek the gruesome cassettes.

Opening theatrically today and coming to VOD June 18 from Magnet Releasing, CENSOR is set during the British “video nasty” scandal of the 1980s and was directed by Prano Bailey-Bond (who discusses the film here and in RUE MORGUE issue #200) from a script she wrote with Anthony Fletcher. The cast is headed by Niamh Algar, Nicholas Burns, Vincent Franklin, Sophia La Porta and Michael Smiley (KILL LIST, THE HALLOW). The synopsis: “Film censor Enid [Algar] takes pride in her meticulous work, guarding unsuspecting audiences from the deleterious effects of watching the gore-filled decapitations and eye-gougings she pores over. Her sense of duty to protect is amplified by guilt over her inability to recall details of the long-ago disappearance of her sister, recently declared dead in absentia. When Enid is assigned to review a disturbing film from the archive that echoes her hazy childhood memories, she begins to unravel how this eerie work might be tied to her past.” You can check out our review of CENSOR here. 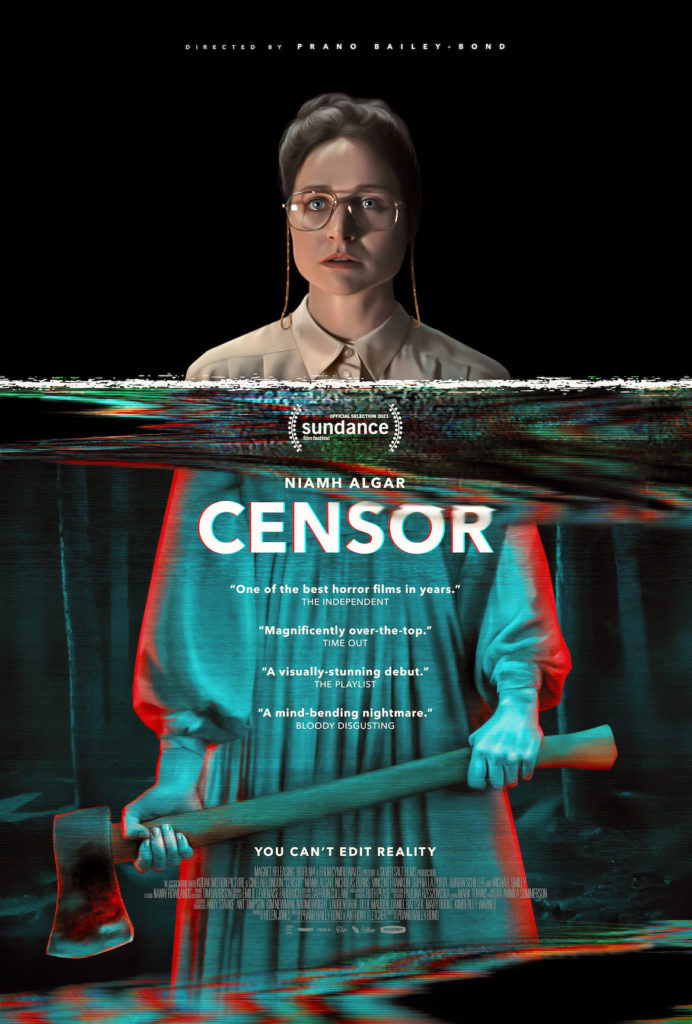