Exclusive “ALL JACKED UP AND FULL OF WORMS” promo video

It’ll get you all psyched up if you want to squirm.

Screambox gave us the first look at the promo video below for ALL JACKED UP AND FULL OF WORMS, which they begin streaming tomorrow, November 8 following numerous fest dates. The movie will also be available the same day on VOD platforms via Cinedigm. Written and directed by feature first-timer Alex Phillips, it stars Phillip Andre Botello, Trevor Dawkins, Betsey Brown, Eva Fellows, Mike Lopez, Carol Rhyu and Sammy Arechar. The synopsis: “Roscoe [Botello], a janitor for a scuzzy love motel, drifts through life until he discovers a hidden stash of powerful hallucinogenic worms. Guided by visions of a giant floating worm, he encounters Benny [Dawkins], a moped enthusiast trying to manifest a baby from an inanimate sex doll. They fall in love with doing worms together on a downward spiral into the primordial ooze.” 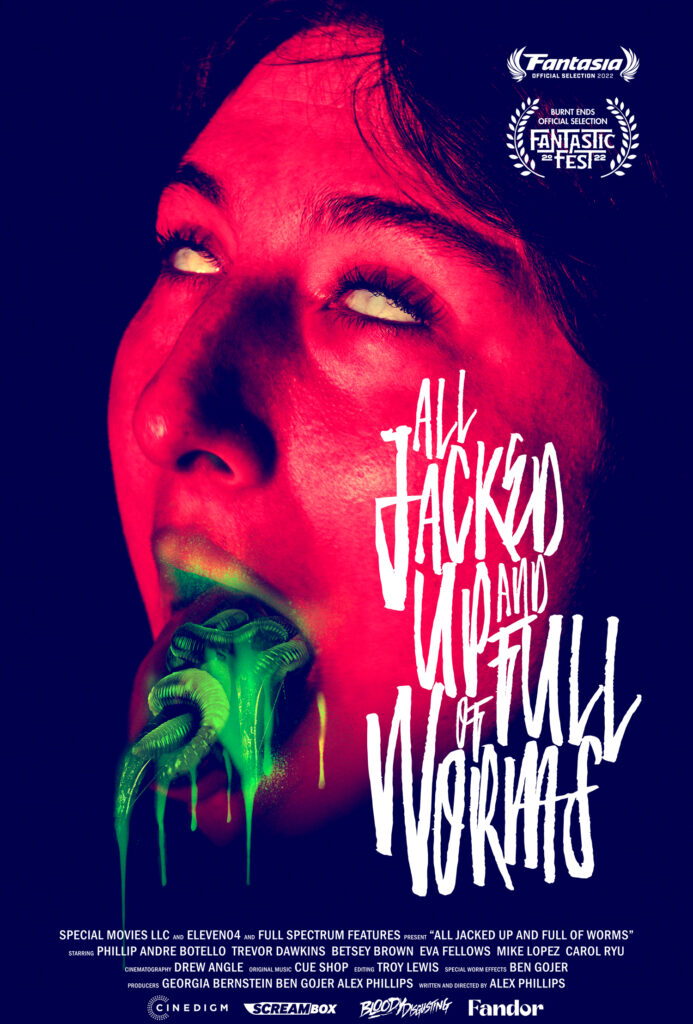