“DARK DICE” is a Daring Exploration into the Depths of Fantasy

“Beware the strangers in your midst; never play games of fate.”

So opens every single episode of the Lovecraftian fantasy actual play D&D podcast DARK DICE. I may have hit peak nerd as of now; never in my wildest dreams did I imagine that I would be the guy who says “you guys should really listen to this podcast,” let alone commit around 1000 words to why. But I started listening to DARK DICE on a recommendation around a week ago, immediately getting hooked by the unique premise and talented voice acting, and binged the first season in a matter of days.

I have found myself amongst those who seek the Dark Dice. And my genuine hope is that, after reading this, you will as well.

DARK DICE follows six heroes as they embark from Illmater’s Hope on a journey to rescue the settlement’s missing children. Overnight, torn from their families by forces unknown, every single child in the village disappears into the woods nearby. Driven by their respective motivations, our team bands together to try and track down the children’s kidnappers, unaware of the extent of the dangers they will face. Their journey will lead them to a shapeshifting three-eyed creature known as The Silent One, an acolyte of the Nameless God’s that is more troublesome than the worst of mimics, a cult with an army of eldritch horrors to aid them in resurrecting a forgotten deity, and eventually, perhaps, the Nameless God himself. Doppelgangers, strange dimensions, and beasts beyond description (that, when described, grow all the more horrible) await as the team of six ventures through a deeply intriguing world with a rich history that has yet to be fully revealed. 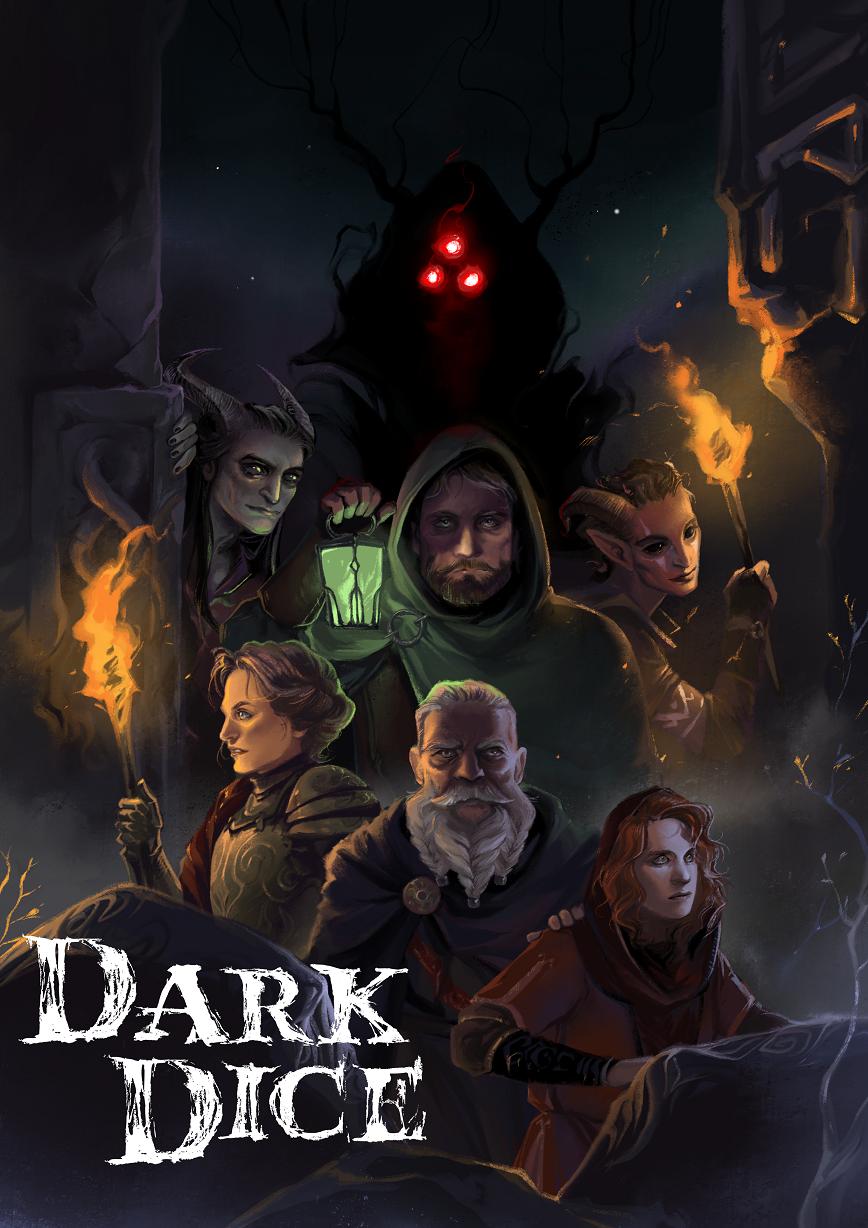 But before we dig into Travis Vengroff’s wonderful, terrifyingly deep world, let’s talk about our team:

There’s Iaus Innskeep, my personal favorite, voiced by David Ault. He’s a Tiefling assassin turned… well, innskeep, with a notable disdain for the gods and an even greater disdain for acknowledging his own pain. His son Baron, an eight-year-old dwarf who Iaus adopted, was one of the ones who was kidnapped, and Iaus will stop at nothing to see him home safe. As far as characters are concerned, I’ve seen worse.

Rowena Granitepike, voiced by Hem Cleveland, is a runaway dwarven bard who has some serious issues with her family. The cousin of Father Sindri Westpike, another of our characters, Rowena is a selfless, heroic character who wants to belong, but can’t quite seem to shake the trauma of her past. She also composes a beautiful song or two along the way.

Sister Tsavorite Cavernsfall, voiced by Kaitlin Statz, is a heroic paladin of the god of mercy and suffering, driven above all else by a desire to help ease the villagers’ pain (and if they happen to erect a church in her god’s honor, that would be great too). She’s a self-sacrificial, kind, loyal devotee of her god… with the occasional sadistic edge.

Father Sindri Westpike is another paladin, but of a different God; the one of light and healing. He’s here for more or less the same reason as Sister Cavernsfall, but as the story goes on his connections to the threat they face deepen, as well as his relationship to Rowena and her family. He’s one of the most compelling characters in the narrative, with the purest heart and the heaviest hammer.

Flygia of Zarketh, voiced by Kessi Rilinki, is a Druid witch who communes with nature, worships the god of the Darklands, and also goes by the name “Lady of Bunnies.” In her spare time, she enjoys journaling, turning into a wolf and ripping enemies new assholes, and occasionally getting herself into situations where… well, you’ll just have to see. She’s an outsider in the group, but makes her mark as a compelling, TRUSTWORTHY character. Notice that was in all caps.

Finally, there’s human ranger Sorin Arkwright, voiced by Peter Lewis. Lewis is rarely known to play uncomplicated characters, and there’s a lot for him to play with here: an amnesiac monster hunter with a lantern that reanimates the dead (at, often, great cost to said dead persons) is hardly the most trustworthy companion for the group, especially as his amnesia begins to peel itself apart layer by layer. Will Sorin prove trustworthy? Or will his inclusion on the team prove to be everyone else’s downfall?

These well-written characters develop beautifully over the course of the first season’s sixteen episodes, their backstories and character traits coming to bear in interesting, unpredictable ways over the course of the narrative. And this isn’t your typical D&D podcast: it reads like an audiobook, a full-scale dramatic production with haunting music by the likes of Brandon Boone, unearthly sound effects, and on-point voice acting from the talented cast. All the behind-the-scenes fluff has been cut out, with Vengroff and team looking to draw you in and immerse you completely in the events of the story. And the story itself? Well, to say too much would be to spoil it. But it is heart-rending, hackle-raising GOLD. The first season resolves in the only way it could have, with future seasons promising to deliver more encounters with the Nameless God and his ilk. The podcast is actually in the midst of producing an epilogue series that resolves the story arcs of surviving characters (spoiler: not everyone survives), and promises to introduce the next crop of adventurers along the way.

There’s so much more to say about this phenomenal podcast. But I’ll leave it at this: if you’re a fan of Lovecraftian horror at all, DARK DICE is a must listen. There’s so much here for horror fans to enjoy, from the grotesque creatures Vengroff conjures up to the splintering of the team as their collective sanity starts to drop, to the hints and side-stepped encounters that add even more depth to an already ABYSSAL world.

There’s so much more to the story. Join me on this journey, Season 2 is coming in 2022.

Listen to DARK DICE on the official website or your favorite podcast platform. 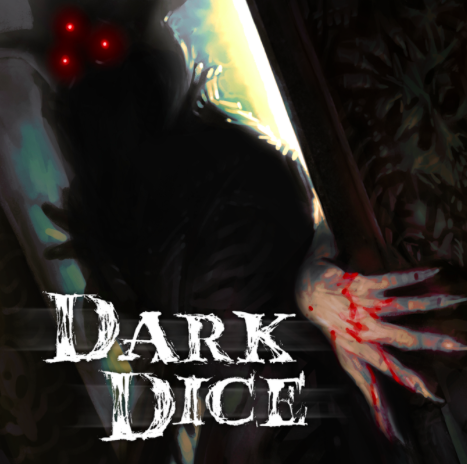