With just a few days until Halloween, even the most dedicated lovers of the holiday are probably growing weary of the same old shows and movies that go into heavy rotation this time of year. Fortunately, our friends at the popular streaming service Crunchyroll, the owners of the world’s largest anime library, have the cure for the common scare. So if you’re a hardcore weeb or otaku or just a horror and Halloween fan looking for new genre streets to trick or treat on, these animated films bring the frights, the gore, and the laughter that make the Samhain season the real most wonderful time of the year. 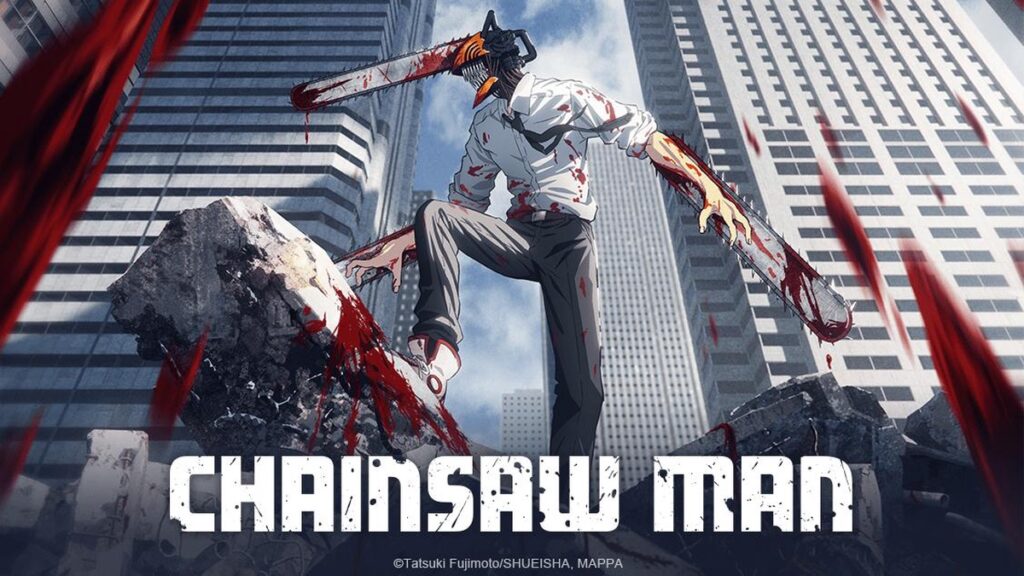 Denji is a teenage boy living with a Chainsaw Devil named Pochita. Due to the debt his father left behind, he has been living a rock-bottom life while repaying his debt by harvesting devil corpses with Pochita. One day, Denji is betrayed and killed. As his consciousness fades, he makes a contract with Pochita and gets revived as “Chainsaw Man” – a man with a devil’s heart. (Official Trailer) 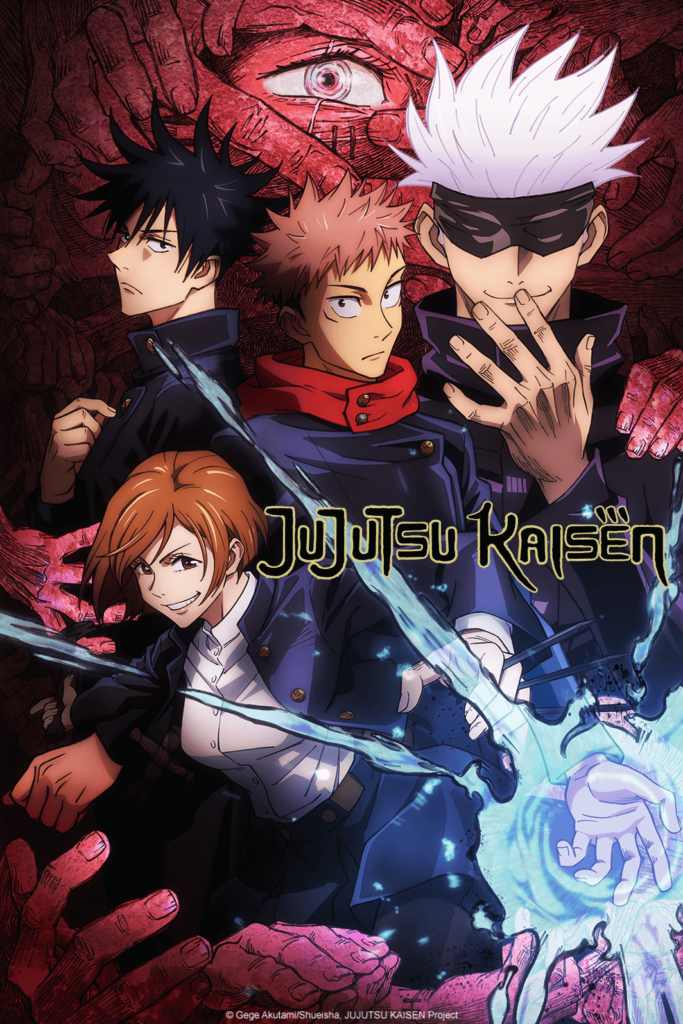 Yuji Itadori is a boy with tremendous physical strength, though he lives a completely ordinary high school life. One day, to save a classmate who has been attacked by curses, he eats the finger of Ryomen Sukuna, taking the curse into his own soul. From then on, he shares one body with Ryomen Sukuna. Guided by the most powerful of sorcerers, Satoru Gojo, Itadori is admitted to Tokyo Jujutsu High School, an organization that fights the curses… And thus begins the heroic tale of a boy who became a curse to exorcise a curse, a life from which he could never turn back. (Official Trailer) 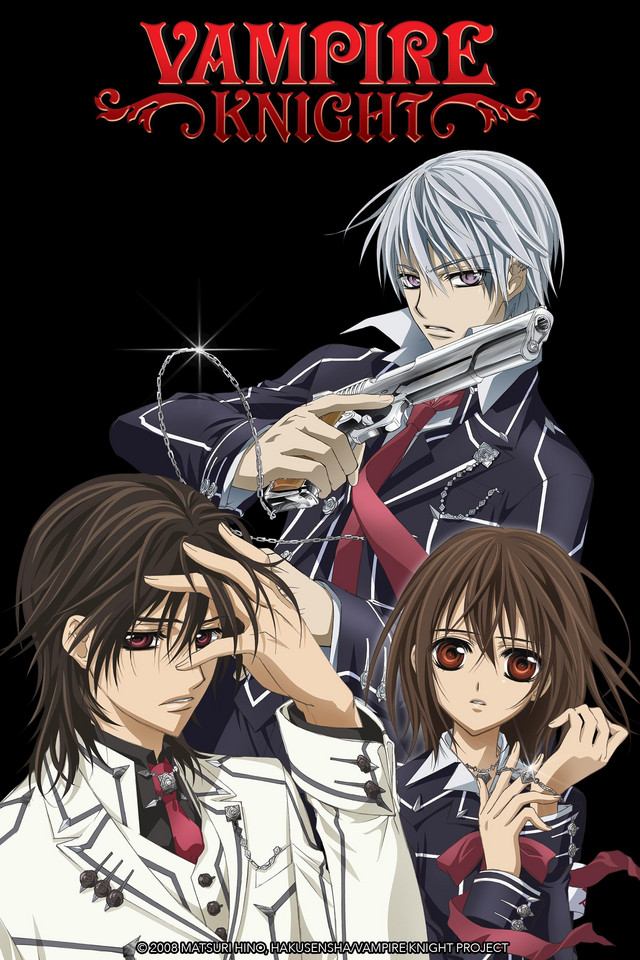 Yuki Cross is a first-year general education student at Cross Academy. As a member of the Disciplinary Committee, along with her childhood friend Zero Kiryu, her duty is to keep the infatuated Day Class students from chasing the beautiful Night Class students, all while performing the important task of protecting the secret of the Night Class. The secret? All members of the Night Class are vampires!! (Official Trailer) 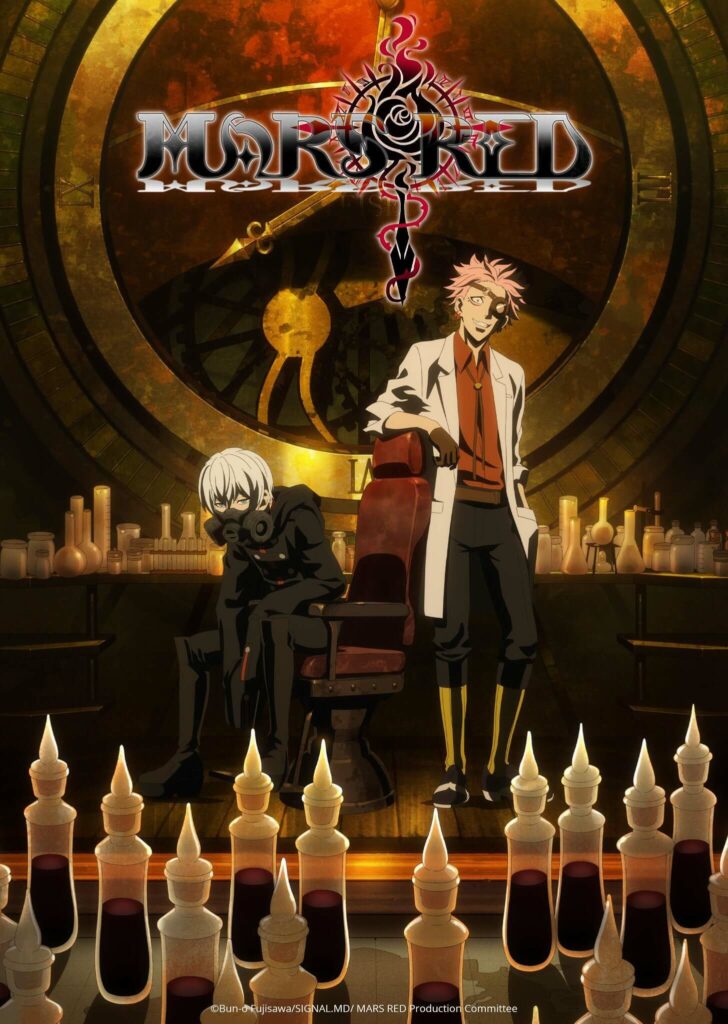 It’s 1923, and until recently, vampires kept to the shadows. When the mysterious blood source Ascra appears, their numbers swell, leaving Japan covered in bodies. In response, the government spawns its own coven to infiltrate the dark. With S-rank vampire Defrott and the rookie Kurusu, this kill squad is made for one reason: to hunt the undead. Bloodsuckers beware; the night belongs to Code Zero! (Official Trailer) 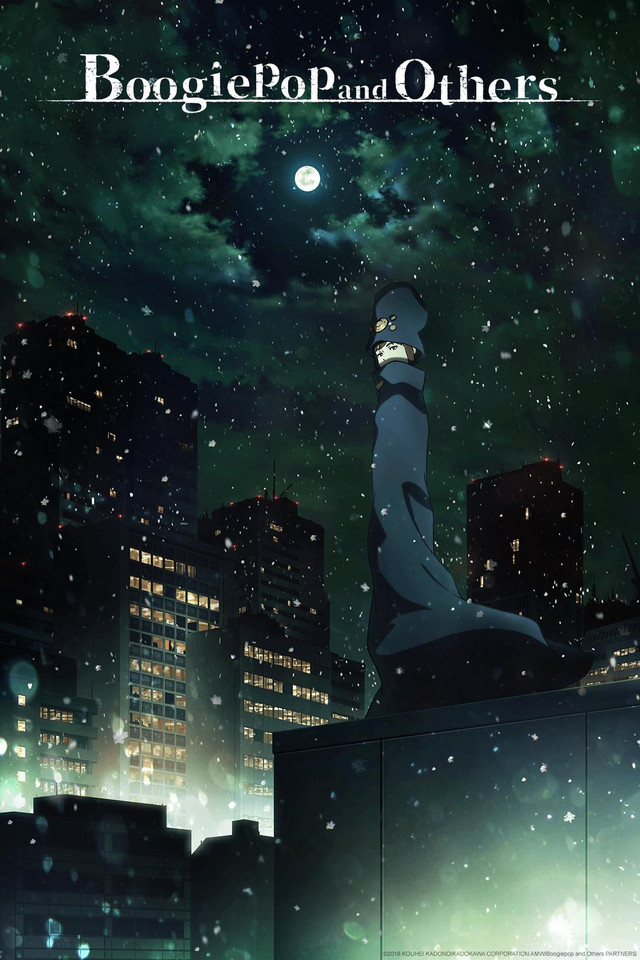 Boogiepop and Others (Madhouse)

Takeda Keiji was waiting for his girlfriend and junior in school, Miyashita Touka. But she doesn’t show up at the time they agreed on and he can’t get a hold of her. The sun starts to set and Takeda decides to give up and head home. But then, he sees a man unsteadily wandering around with tears in his eyes. Takeda and the other people around him quickly realize the man is not normal and decide to ignore him when a mysterious figure approaches the man. A mysterious figure wearing a cape and a bizarre hat. That figure happened to have the same face as Touka, the girlfriend who ditched Takeda… (Official Trailer) 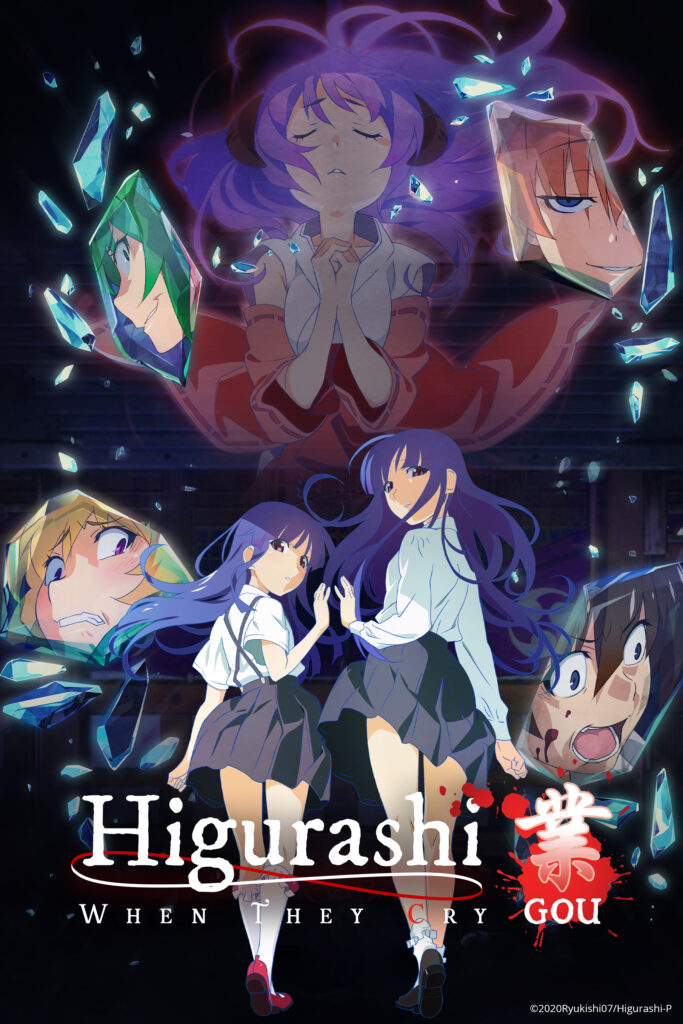 New kid Keiichi Maebara is settling into his new home in peaceful Hinamizawa village. Making quick friends with the girls from his school, he’s arrived in time for the big festival of the year. But something about this isolated town seems off, and his feelings of dread continue to grow. With a gnawing fear that he’s right, what dark secrets could this small community be hiding? (Official Trailer) 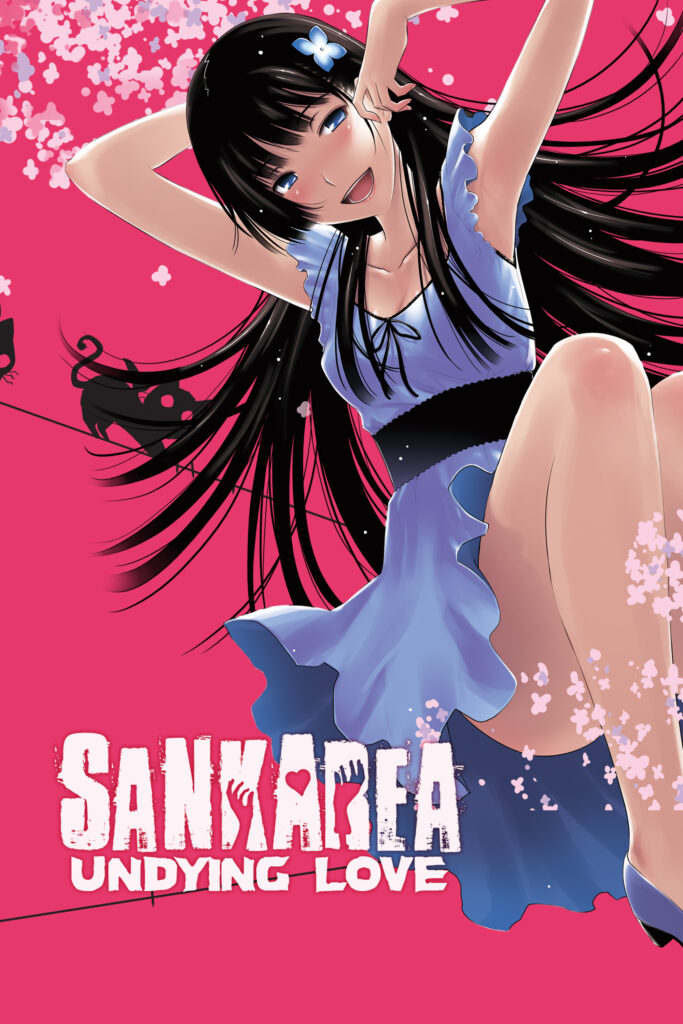 Zombie-obsessed Furuya is making a potion to reanimate his dead cat when he meets Rea. She’s about as miserable as a girl can get, thanks to her creepy, domineering father. When the pain becomes too much, she tries to commit suicide with a sip of Furuya’s weird elixir. The potion doesn’t kill her – but it does turn her into a zombie! (Official Trailer) 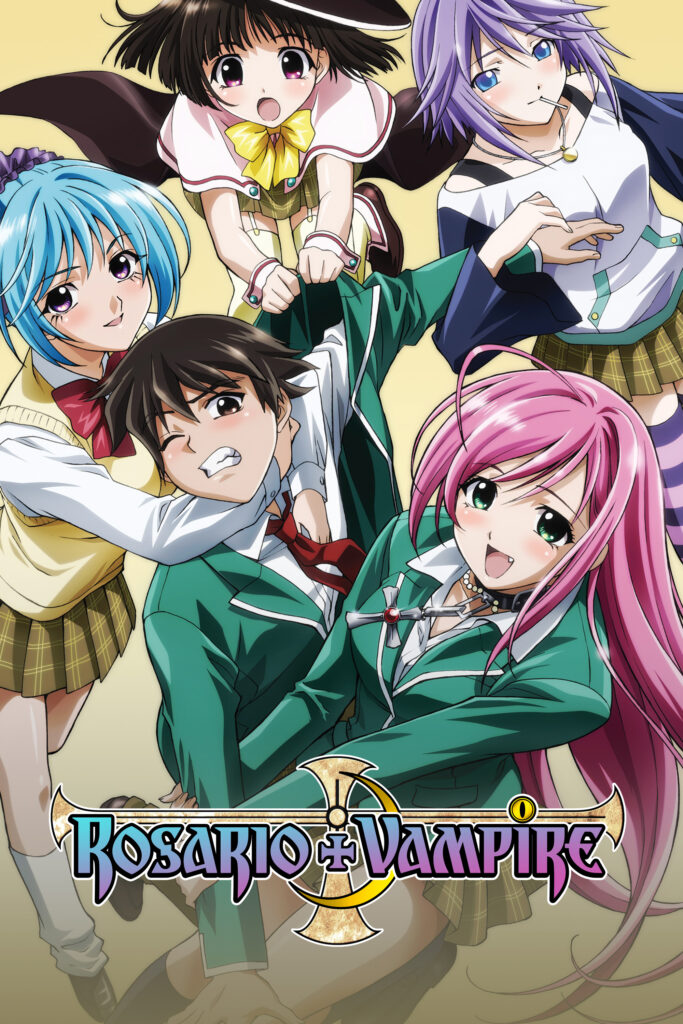 Tsukune’s horrible grades are making it tough for him to get accepted into any of the private schools he wants to attend. When one finally lets him enroll, his life takes an unusually strange twist: all of the other students are hiding supernatural secrets beneath their human disguises! It’s all too much for him – until he meets Moka, a gorgeous girl who is actually a vampire! (Official Trailer) 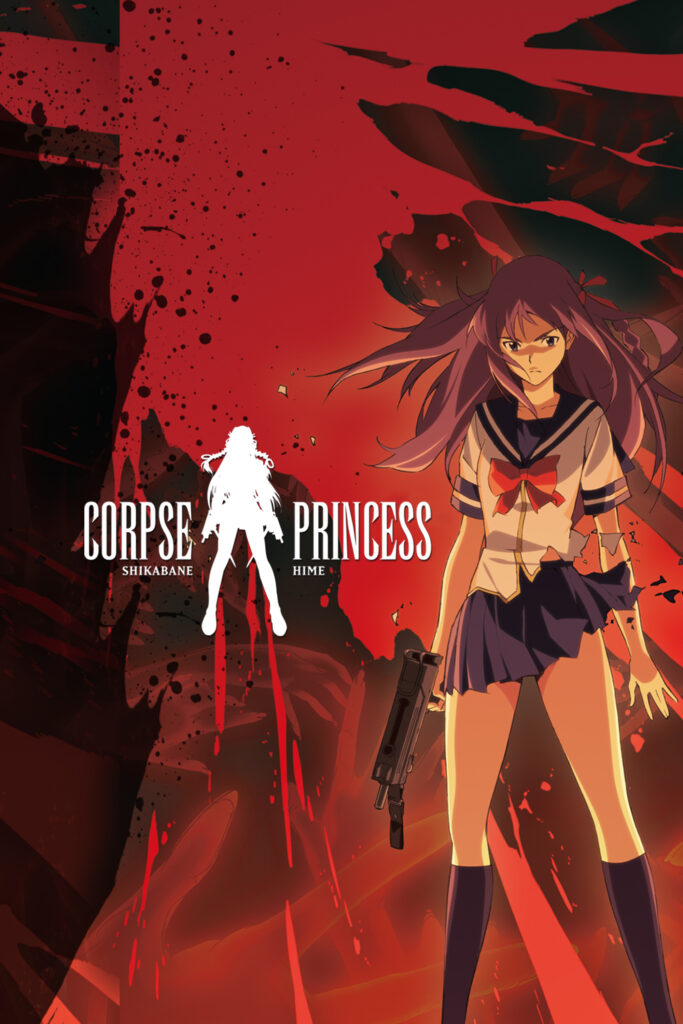 Makina Hoshino is already dead, but she can’t let go of this twisted world. She burned to death along with her entire family in a fire started by freaks that wouldn’t stay buried. Makina knows she doesn’t belong among the living, but that won’t stop her from unleashing the full fury of her twin MAC-11 machine guns on the rotting remains of those who refuse to die. She’s hell-bent on filling every empty grave she can find with the monsters that should be six feet under. Makina is a Shikabane Hime – a Corpse Princess – and it’s her job to finish off the undead leftovers haunting the dark corners of a city that used to be safe. (Official Trailer) 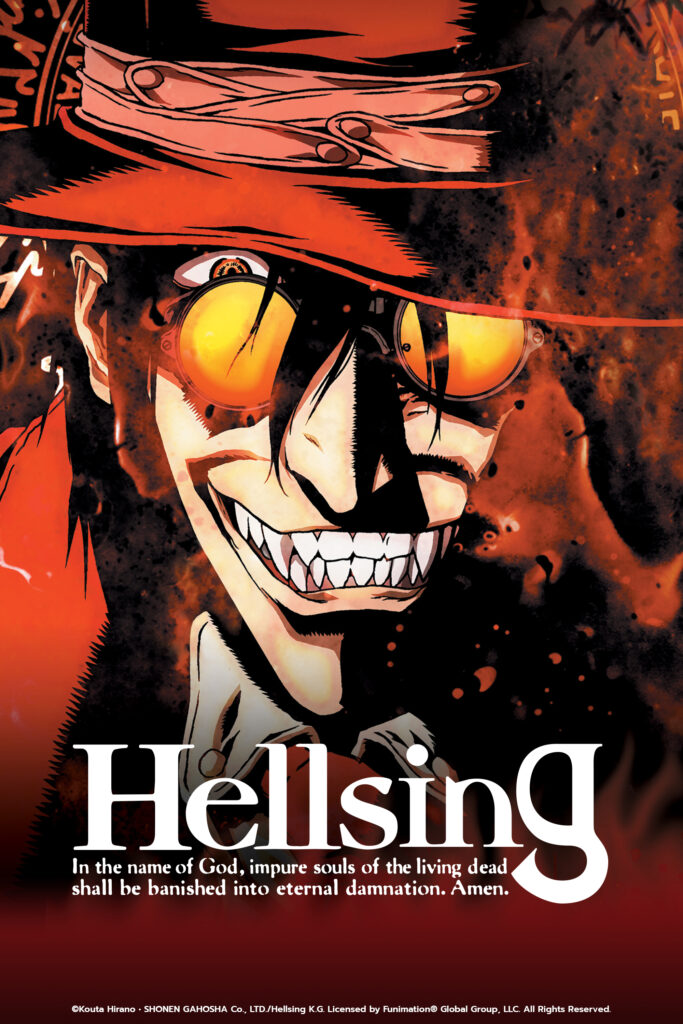 Witness the blood-soaked roots of a legend in Hellsing, the action-horror series that launched the careers of some of anime’s brightest stars. The vampire Alucard and his servant Seras Victoria protect the British Empire from ghouls and satanic freaks. Together, they haunt the shadows as a sinister force of good – and tonight the streets of England shall flow with the blood of their evil prey. (Official Trailer) 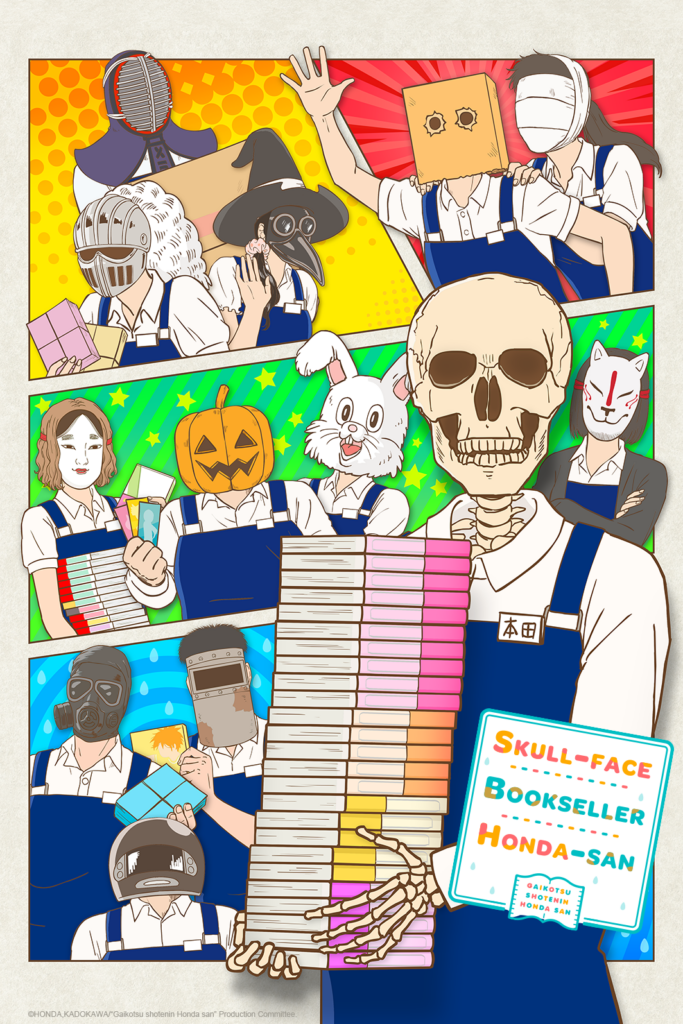 Honda-san is at war – with business, with out-of-print books, and with people who love manga! Who knew there were so many laughs to be found at the manga counter of a bookstore?! These are the day-to-day happenings that take place at a certain bookstore where the love of manga is abundant. (Official Trailer) 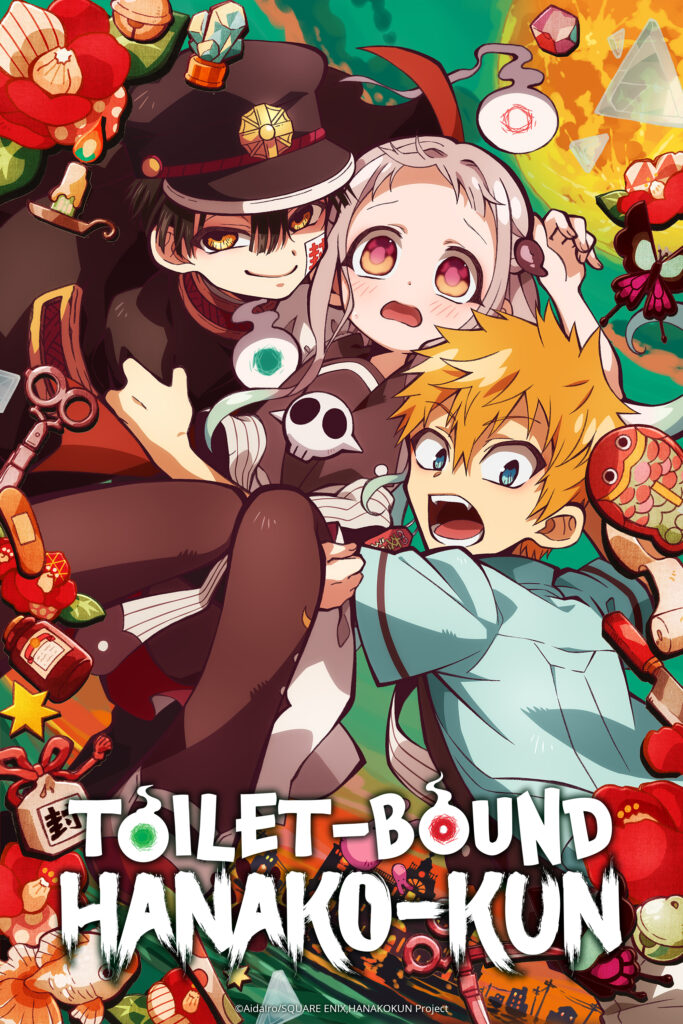 Kamome Academy is rumored to have many mysteries, the strangest of which involves the mischievous ghost of Hanako-kun. When occult-loving high schooler Nene Yashiro accidentally becomes bonded to him, she uncovers a hidden world of supernatural beings. Now the two of them are conspiring to keep the peace between the students and the supernatural – that is if they can only stay out of trouble themselves. (Official Trailer)