Check Out A Clip From 1983 Canadian Shocker, “Siege”

A rarely-seen Canadian shocker from the heyday of ’80s exploitation, Paul Donovan and Maura O’Connell‘s SIEGE is a “dark and intense thriller, still uncomfortably relevant 35 years after it was made” (Blog Of Horror). Starring Doug Lennox (Breaking Point), Tom Nardini (Cat Ballou), Jack Blum (Happy Birthday to Me) and Keith Knight (My Bloody Valentine), SIEGE sees a group of right-wing vigilantes slaughtering the patrons of a local gay bar, only to wind up picked off by the sole survivor of the massacre and the residents of the apartment building in which he takes refuge. 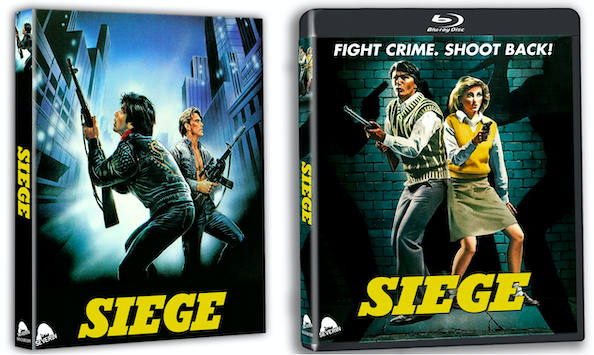 Originally released in the U.S. as Self Defense, Severin Films is presenting SIEGE scanned in 2K from the original negative recently discovered in a Nova Scotia archive. Check out a Rue Morgue exclusive clip from the film below!

The SIEGE Blu-ray with Limited Edition Slipcover is available now from Severin Films.