The thriller genre has never been my favorite, primarily because (in my opinion) it’s hard nowadays to find something that feels novel. The genre feels like well-worn ground, especially with it’s mainstream popularity and the glut of content that has flooded both the kindle bestseller lists and my Netflix queue. So picking up REINCARNATE, a novel that promises a unique take, I hoped for an entertaining, fresh read that would help revitalize thrillers for me, a memorable experience that I would take with me long after the last page had turned.

I was not disappointed.

REINCARNATE follows elderly, self-loathing misanthrope Cil Franklin, who, when we first meet him, is planning (or rather, executing) his suicide. He’s a devout student of Aleister Crowley’s magic, and believes that if he kills himself he will gain the ability to reincarnate, escaping his frail, broken body to become the most prolific serial killer of all time. He has the ambition to make himself a heavy hitter, you see, but is scared to go through with it unless he has a way to avoid accountability for his crimes and have them forever tied to his so-called good name. He succeeds, and the rampage begins as Cil hops from body to body and even across state lines, earning a name for himself as the “Dollar Bill killer” for his trademark: a dollar bill stuffed into the mouths, or near the scene of, his kills. The fame he seeks, however, comes with the kind of notoriety that attracts the FBI, and a wild cross county chase begins as Cil gives himself over to depraved actions that would make Hannibal Lecter blush, chased by a cop whose mind may just unravel before he gets his man.

I finished REINCARNATE in one night. At just under 250 pages, it makes for a quick, engrossing, fast-paced read that dives deep into its antiheroic protagonist’s inhuman mind. I couldn’t stop turning the pages (even when, occasionally, I wanted to) because I was so damn interested in what would happen next. That being said, this is an extreme horror novel at it’s core; Querney’s world is populated with seedy characters up to no good (even if most of them ultimately become notches in the protagonist’s belt), from a pedophile attempting to lure 14-year-olds at a carnival to an 18-year-old punk Cil jumps into the body of after receiving a blowjob, to a prison guard who Cil is able to seduce Orange is the New Black style. This is a grimy, dirty, black as Satan’s soul read, and that’s coming from someone who a) reviews horror films for a living, and b) frequently reads the likes of Joe Abercrombie to get a vacation from the former. However, the first half of the book (which really only follows Cil’s perspective), is enthralling as he tests the limits of his powers and body-switches his way up the social ladder, finding his identity as a serial killer and committing his first series of murders (some of which will make you cheer, while others… well, you’re not supposed to like this guy). It’s a really interesting take on the genre that, as far as memory serves, hasn’t been done before, and if it has, well, it’s never been done like this. 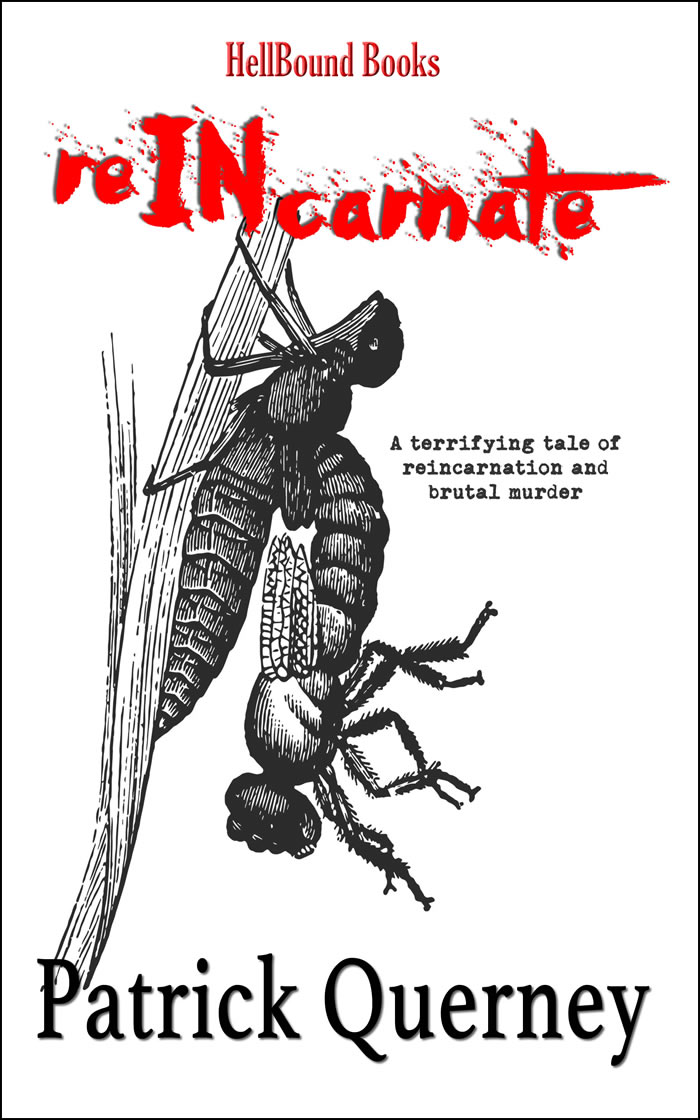 The second half of the book gets even more interesting as the FBI get involved. Cil’s abilities give him a way to utterly confound his pursuers until they begin to accept the possibility that they’ve wound up in an episode of the X-Files as directed by Brian Fuller. It’s Hannibal meets Mr. Mercedes as Jacob Miller, the FBI agent who has taken lead on the investigation, slowly comes to grips with the reality of Cil’s powers, and the two face off (sometimes literally, though Miller only becomes aware of that after the fact) repeatedly in a mad dash across the U.S. All the while, Cil becomes more arrogant and his tastes become more depraved, engaging in acts that most writers would usually leave “off screen.” It all culminates in a finale that is so pitch perfect that I burst out laughing at the hilarious beauty of it. That’s right, laughed. That might sound like an abrupt tonal shift, but trust me. It isn’t.

One more note before I leave this: this is not a book for everyone. This IS an extreme horror novel, and it features rape, necrophilia, pedophilia and the like (even if, thankfully, some of these topics are just alluded to and others are only addressed in a single sentence). But for those who choose to brave it, REINCARNATE will be a hell of a ride; it’s a unique twist on the serial killer that should thrill readers who are burnt out on the genre status quo, and features characters you’ll wish you could forget.