“Apartment 413” is An All-Too-Relatable Nightmare

Given the current cultural landscape, director Matt Patterson’s psychological horror film, APARTMENT 413 is likely to strike some nerves. Arriving in the midst of a global pandemic that forced millions into prolonged quarantine and threw the global economy into a downward spiral, the story of a down on his luck father-to-be desperately seeking a job as his mind unravels is all too relatable. The horror genre has a long history of helping audiences process collective trauma and this compassionate yet terrifying story manages to capture the nuanced details of the monotonous isolation and uncertainty many of us have been wading through for the past 18 months. Though completed before the events of 2020, APARTMENT 413 seemingly explores the life-altering aftermath of the Covid-19 pandemic.

Confined to a small one-bedroom apartment, Marco (Nicholas Saenz) spends his days desperately trying to find a job when he’s not trying to find a distraction. He sleeps late, plays video games, stands in front of the air conditioner, anything to pass the time not spent updating his resume and searching for new job postings. His pregnant girlfriend Dana (Brea Grant) is patient and understanding, but it’s clear that the pressure to support his new family weighs heavily on his mind. He snaps at her, lies about going to job interviews, and questions her loyalty to him. When strongly worded notes from his landlord begin to appear inside his apartment along with messages from a mysterious cell phone left behind by previous renters, Marco finds himself pushed to the edges of sanity.

The line between fantasy and reality has been explored many times before, but APARTMENT 413 is likely to keep audiences guessing by introducing a multitude of competing plot elements into the complex story. An ominous prelude immediately sets the deadly tone while a shocking twist abruptly drives the story in a devastating new direction. Writer Ron Maede’s script flirts with confusion but his plot mostly works due to a limited cast and the slightly jumbled narrative only serves to reinforce Marco’s increasing struggle to distinguish between what’s real and what’s in his head. 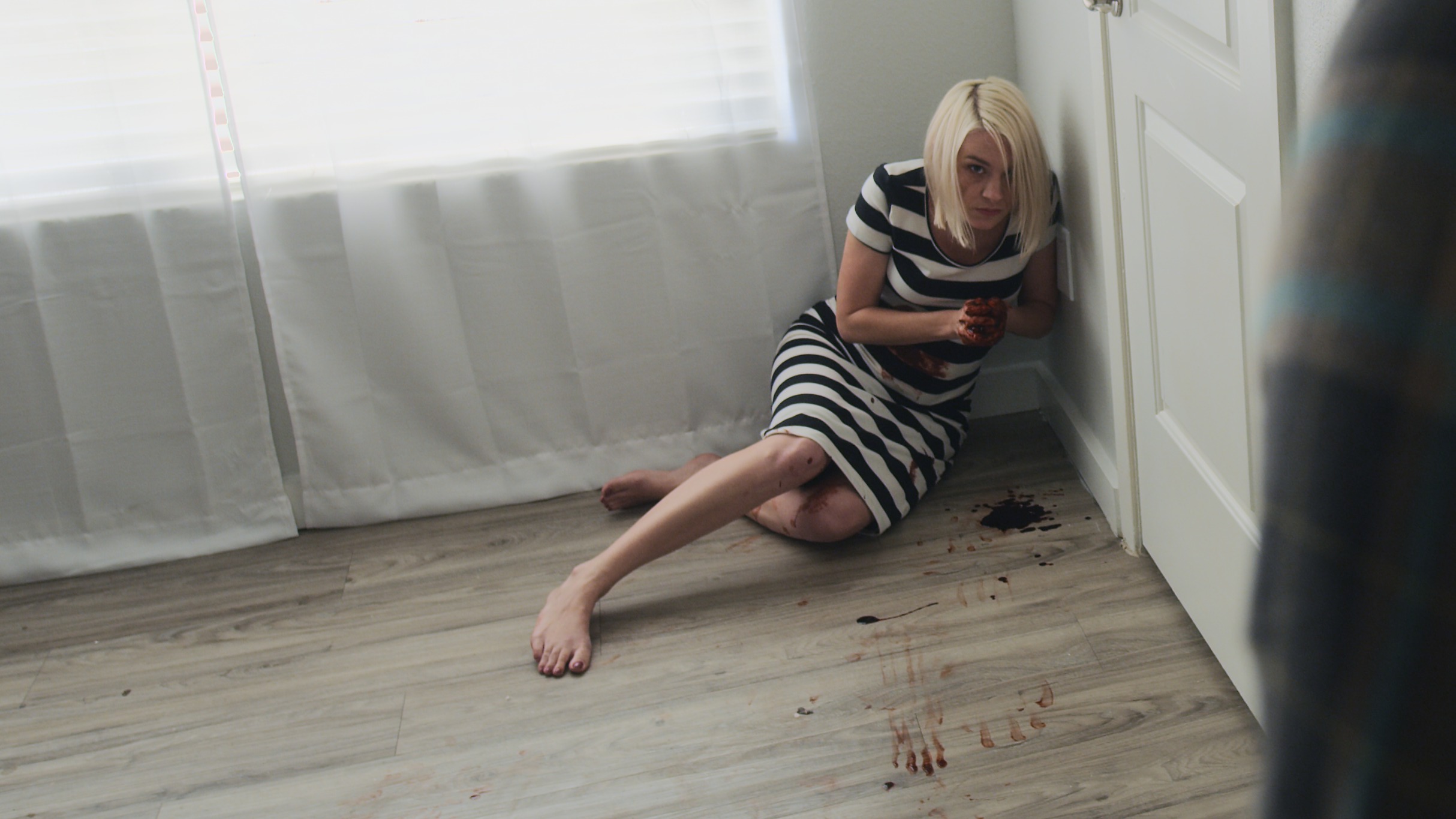 Saenz gives a nuanced performance as a frightened man slowly losing his grip on reality, perfectly depicting the fear and feigned confidence felt by anyone who’s ever tried to plan for a better future with limited resources. Grant is fantastic as Dana, finding the perfect balance between a supportive and encouraging partner who’s not afraid to protect herself and her unborn child. Dave Buckman’s scenes, though brief, are maddeningly horrific and add to the increasing chaos and confusion overwhelming Marco’s fragile mind. To say any more would be to spoil a compelling emotional narrative but suffice it to say that Patterson manages to weave together economic anxiety, fear of contamination, and the stress of gender expectations into a cohesive and personal story that feels grounded in humanity. While stories of fractured reality are nothing new, APARTMENT 413 shines in its authentic representation of the insidious temptation to throw it all away and give in to feelings of helplessness. Marco not only struggles with anxiety and depression but delusion and self-sabotage. Saenz’s fantastic performance keeps us grounded in Marco’s perception. We’re left questioning reality alongside him, wondering if he really is the victim of a nefarious force or if he’s suffering a psychotic break.

By now it seems safe to say that the global pandemic will have a massive effect on the film industry for the foreseeable future. With monumental changes to the way films can be created and enjoyed, the subject of helpless isolation is one we’re likely to see depicted in horror for years to come. Even films completed before 2020 will be viewed through the lens of our collective trauma, and APARTMENT 413 is an example of a small indie film that is much more than the sum of its parts, delivering a message that feels both timely and relatable.