PEARL, billed as “The X-traordinary origin story,” arrives in theaters September 16 after premiering at the Venice Film Festival. Goth, who scripted with director Ti West, reprises the more dangerous half of her X dual role in the film, which also stars David Corenswet, Tandi Wright, Matthew Sunderland and Emma Jenkins-Purro. The synopsis: “Trapped on her family’s isolated farm, Pearl must tend to her ailing father under the bitter and overbearing watch of her devout mother. Lusting for a glamorous life like she’s seen in the movies, Pearl’s ambitions, temptations, and repressions all collide, in the stunning, Technicolor-inspired origin story of X’s iconic villain.” Goth discusses her Pearl performance in X here. 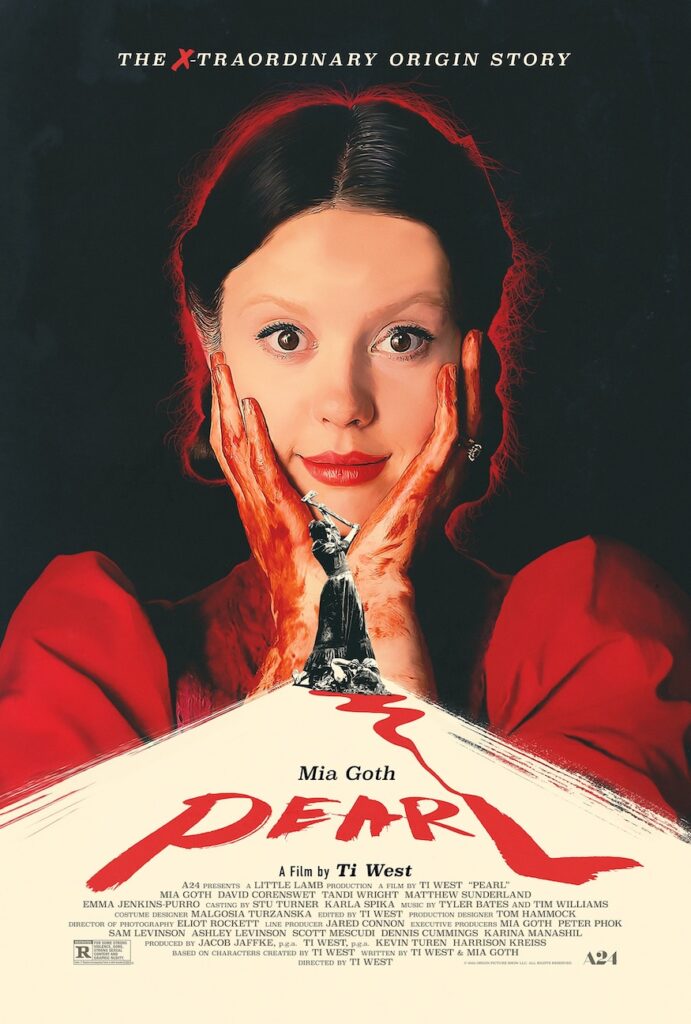