You are getting creepy in trailer for Netflix’s “HYPNOTIC”

The streamer’s Halloween offering stars Kate Siegel from HUSH and THE HAUNTING OF HILL HOUSE.

Netflix will premiere HYPNOTIC October 27. Directed by Suzanne Coote and Matt Angel (who previously helmed THE OPEN HOUSE for Netflix) from a script by Richard D’Ovidio (THE CALL), its cast also includes Jason O’Mara, Dulé Hill, Lucie Guest, Jaime M. Callica and Tanja Dixon-Warren. The synopsis: “Feeling stuck both personally and professionally, Jenn [Siegel], a young woman reeling from a series of traumatic events, enlists a renowned hypnotherapist, Dr. Meade [O’Mara], to help on her road to recovery. After a handful of intense sessions, terrifying events, and mysterious blackouts, Jenn soon finds herself caught in a dangerous mind game. With the help of Detective Wade Rollins [Hill], Jen looks to put the pieces together before it’s too late and there are deadly consequences.” You can see HYPNOTIC’s Netflix page here. 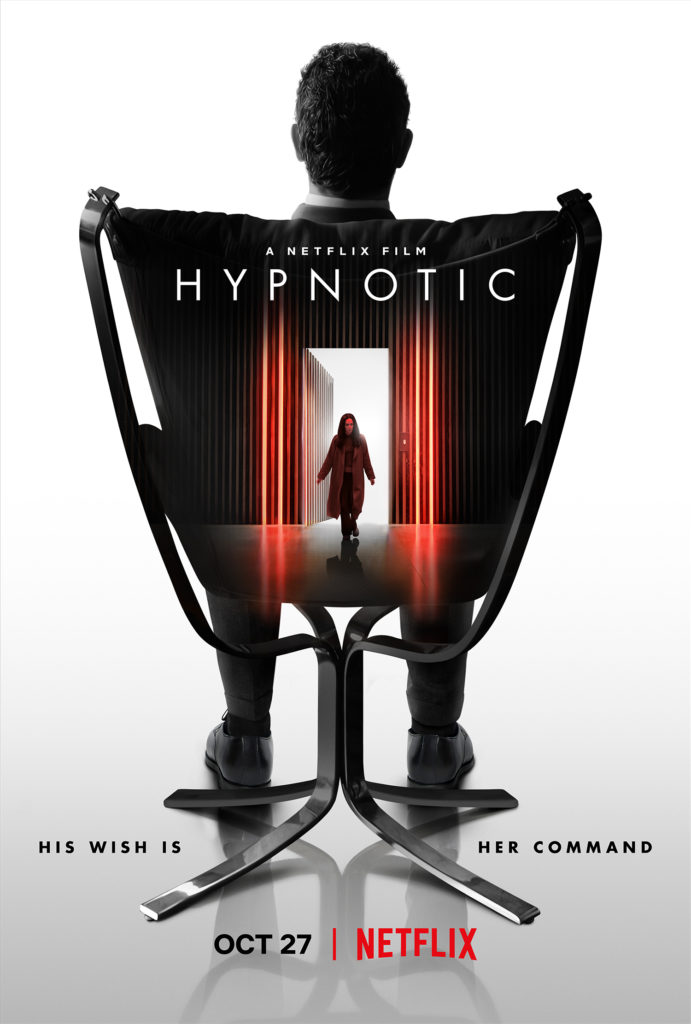