That is why Women in Horror Month (WiHM) teams up with Twisted Twins Productions every February for their Massive Blood Drive. The annual event is a reminder that while donating blood can be scary, you could potentially save someone’s life.

For the 9th annual WiHM, a killer 30 filmmaking teams have come together to bring awareness to blood donation. To help encourage supporters, the WiHM Massive Blood Drive will release a new PSA every day from now until March 1st.

The first PSA on the docket is B(e) Positive by Joe Magna.

Magna is a Los Angeles-based writer/director, specializing in surreal fantasy and candy-coated nightmares. His work spans through television, film and theme park development, and his most recent projects includes two additional short films that will be released in 2018 as well as working in creative development on several theme park attractions overseas.

“Blood is life. It’s in all of us. For most of us, it flows in abundance. But there are those out there less fortunate,” says Magna. “Donating blood means donating life. Now more than ever, we need to band together to help our brothers and sisters in need. Not all of us can donate financially. But nearly all of us can donate the fluid of life to help someone else live theirs. It’s truly in you to give. Thank you for donating blood. Thank you for being a true hero. <3” 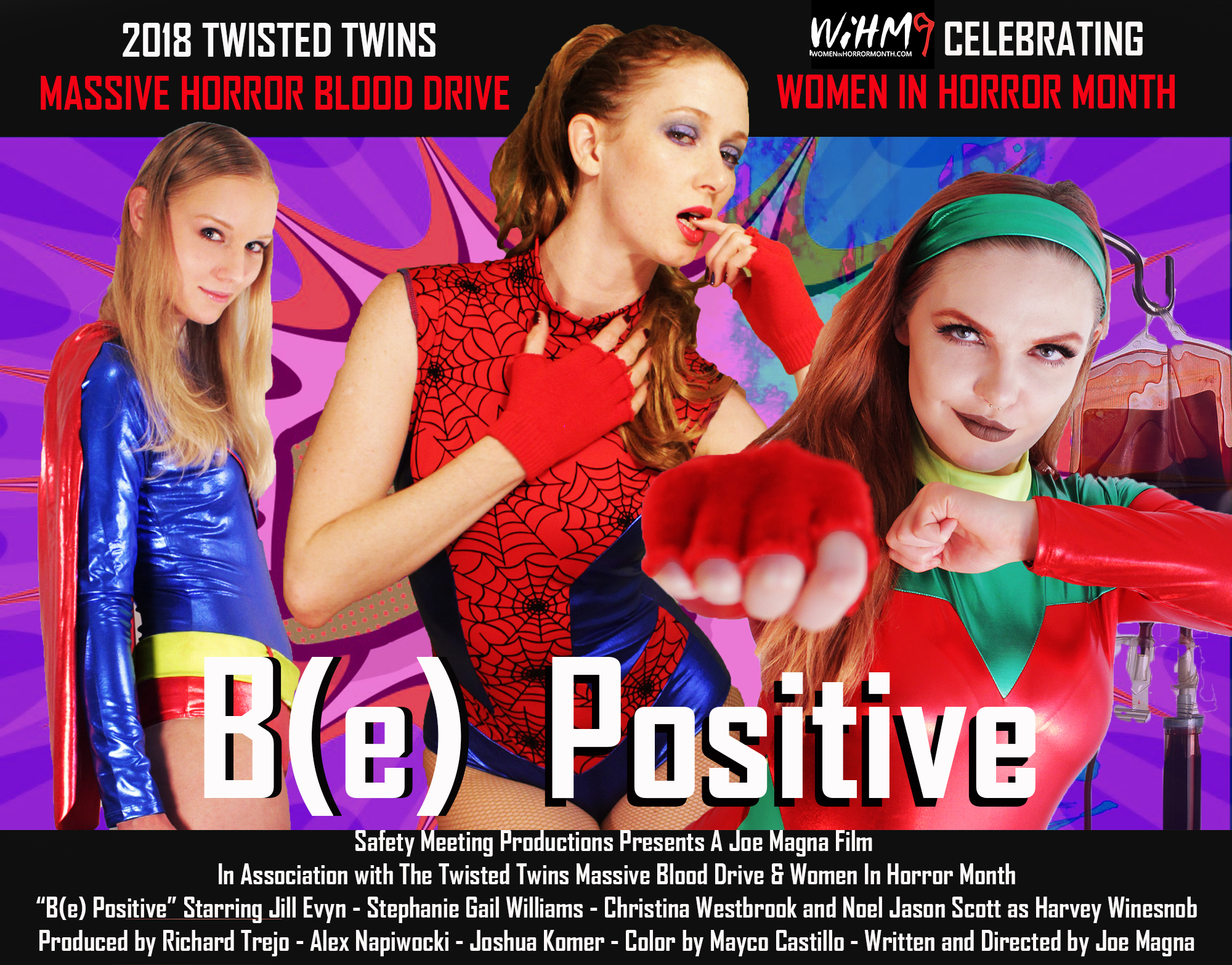 Look for a new WiHM Massive Blood Drive PSA every day with the last one appearing on March 1st. For those of you who are interesting in donating blood, you can do so by making an appointment with the American Red Cross, Canadian Blood Services, or your local hospital.

For more on Women In Horror Month check out the official site at: http://www.womeninhorrormonth.com/