Will Smith, Michael B. Jordan teaming on “I AM LEGEND” sequel

The star of the 2007 zombie-plague epic is returning, teamed with another major name both behind and in front of the camera.

Deadline reports that Will Smith and BLACK PANTHER/CREED star Michael B. Jordan will collaborate for the first time as both stars and producers of an I AM LEGEND sequel for Warner Bros. Akiva Goldsman, one of the producers of the previous movie who also wrote it with Mark Protosevich, is scripting the new film; no plot details have been revealed, and a director has yet to be chosen. The ’07 I AM LEGEND was the biggest and most financially successful direct adaptation of Richard Matheson’s classic novel (following 1964’s THE LAST MAN ON EARTH and 1971’s THE OMEGA MAN), grossing $256.4 million in the U.S. and $585.4 million worldwide. The saga of a sole survivor (or now a few survivors) struggling for survival in a plague- and zombie-ravaged world is obviously more relevant now in the wake of the pandemic; indeed, last year anti-vaxxers seized on the movie’s premise, erroneously claiming a vaccine causes all the trouble in I AM LEGEND. 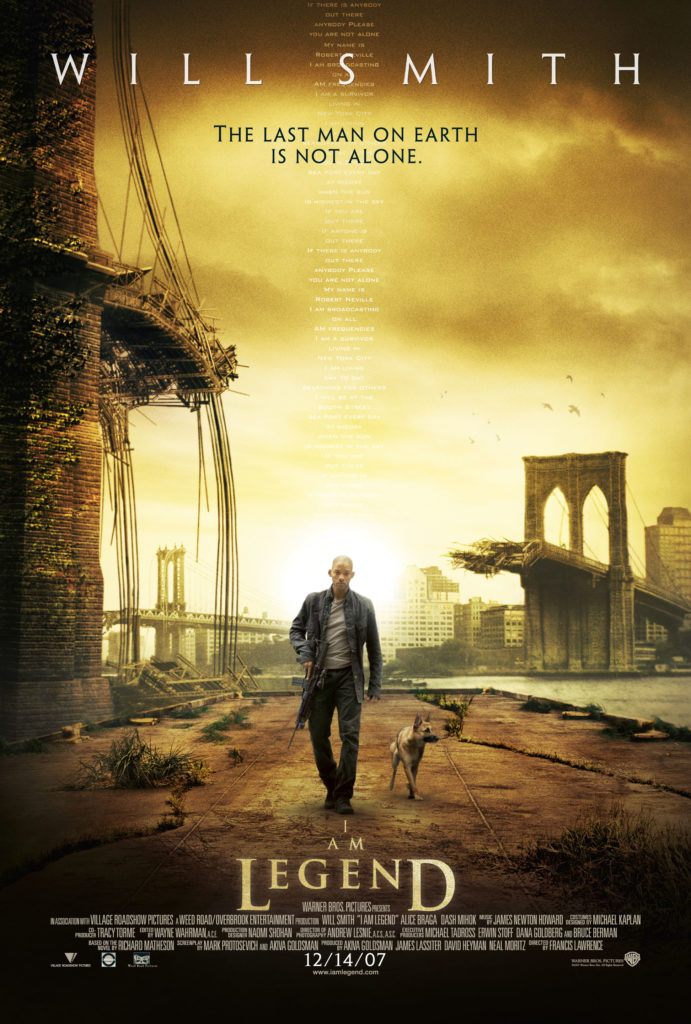