Following its limited Steelbook edition, Synapse Films is issuing its stunning 4K restoration of Dario Argento’s SUSPIRIA on general-release Blu-rays, plus a documentary on a Stephen King film favorite and a unique Japanese thriller. Read on for the full details and first look at the art.

Synapse will put out SUSPIRIA March 13 on two-disc Blu-ray and single-disc Blu-ray and DVD. All three will feature that restored 2.39:1 transfer of the original uncut Italian 35mm camera negative exclusive to Synapse, with color correction supervised and approved by cinematographer Luciano Tovoli (which Synapse’s Don May Jr. discussed here). The DVD will include the movie only with the original English 4.0 Surround mix, English-language opening and closing credits and trailers; the single Blu-ray will have the original 4.0 1977 English language LCRS sound mix not heard since the 1977 theatrical release, presented in high-resolution DTS-HD MA 96kHz/24-bit audio, along with the Italian 5.1 Surround mix with removable English subtitles. Also included are a pair of audio commentaries by authors and Argento scholars Derek Botelho, David Del Valle and Troy Howarth, and the English opening and closing credits as an alternate feature playable via seamless branching. 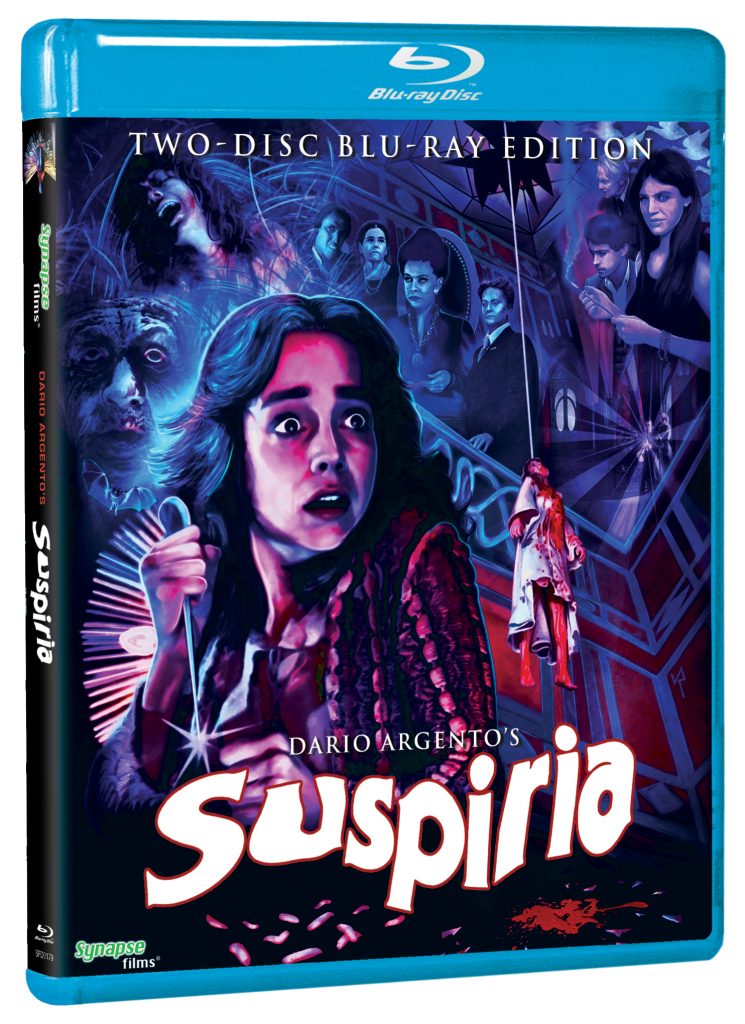 The double Blu-ray will come with all that plus: 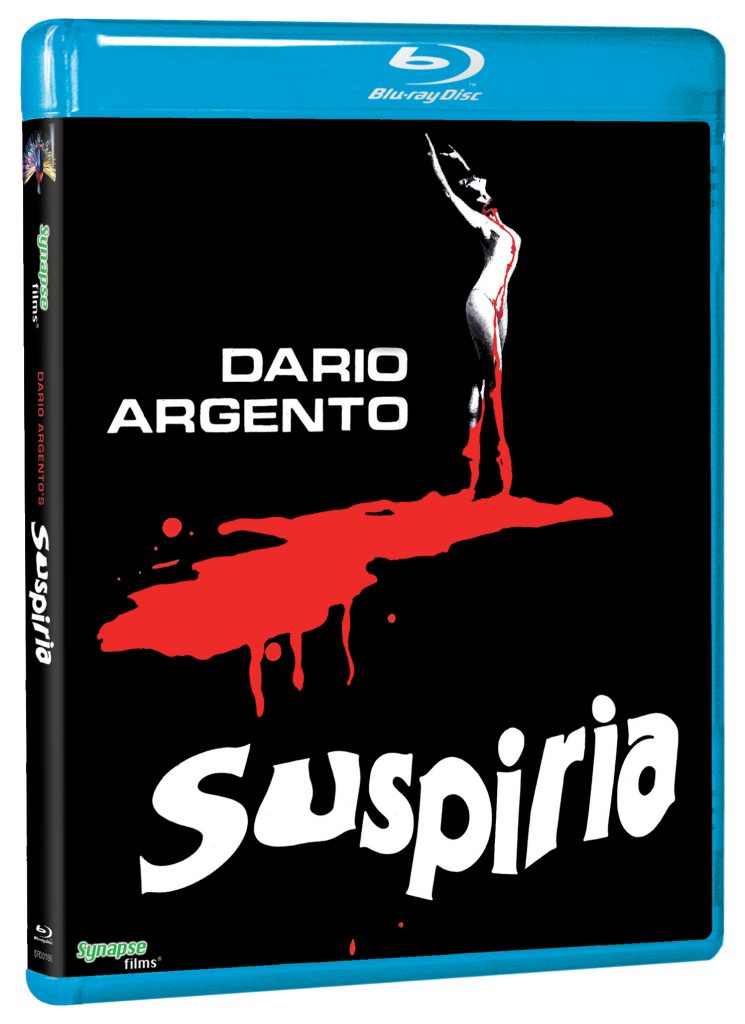 The other titles also hit on March 13. One is UNEARTHED AND UNTOLD: THE PATH TO “PET SEMATARY,” John Campopiano and Justin White’s feature-length documentary on the creation of Mary Lambert’s screen version of King’s best seller. It includes first-time ever interviews with the movie’s cast and creators, tours of the locations and never-before-seen photographs and home video from the set, and explores the impact PET SEMATARY has had on horror fans and King scholars. The Blu-ray will present UNEARTHED in 1080p high-definition 1.78:1 widescreen with DTS-HD MA 5.1 Surround sound; special features are: 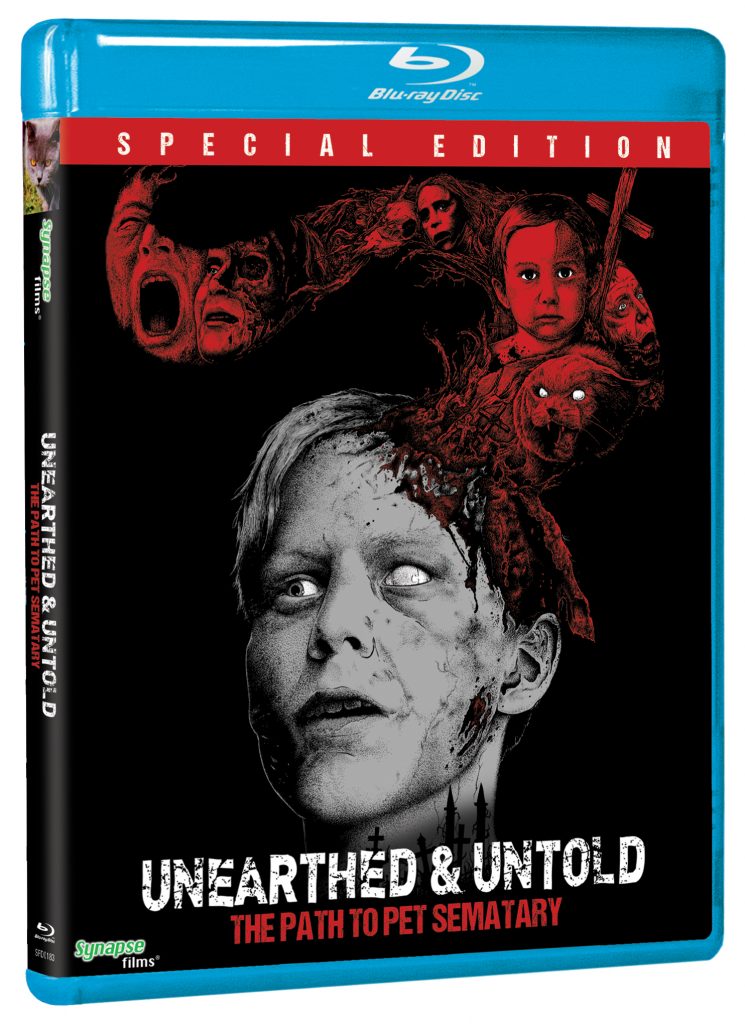 Retail price is $24.95. Finally, Synapse will give U.S. release to PATH OF BLOOD, a violent samurai tale done in the frame-by-frame paper animation style (á la the first SOUTH PARK) by Eric Power. The synopsis: “Japan, 1614. War is over. Samurai displaced through defeat or reform wander the countryside as Ronin, seeking work where they can find it. At the edge of a forgotten village lies a path leading deep into the mountains. It is rumored the brave few who make it down the path will be rewarded with a life of freedom and purpose. However, none who have entered the path have returned. When a lone samurai sets his course toward the Path of Blood, unknown danger and terror await. Will his great swordsmanship be enough to survive?”

The movie will be presented in 1080p high-definition 2.35:1 widescreen, with DTS-HD MA 2.0 stereo (Japanese with English subtitles). Bonus features are: 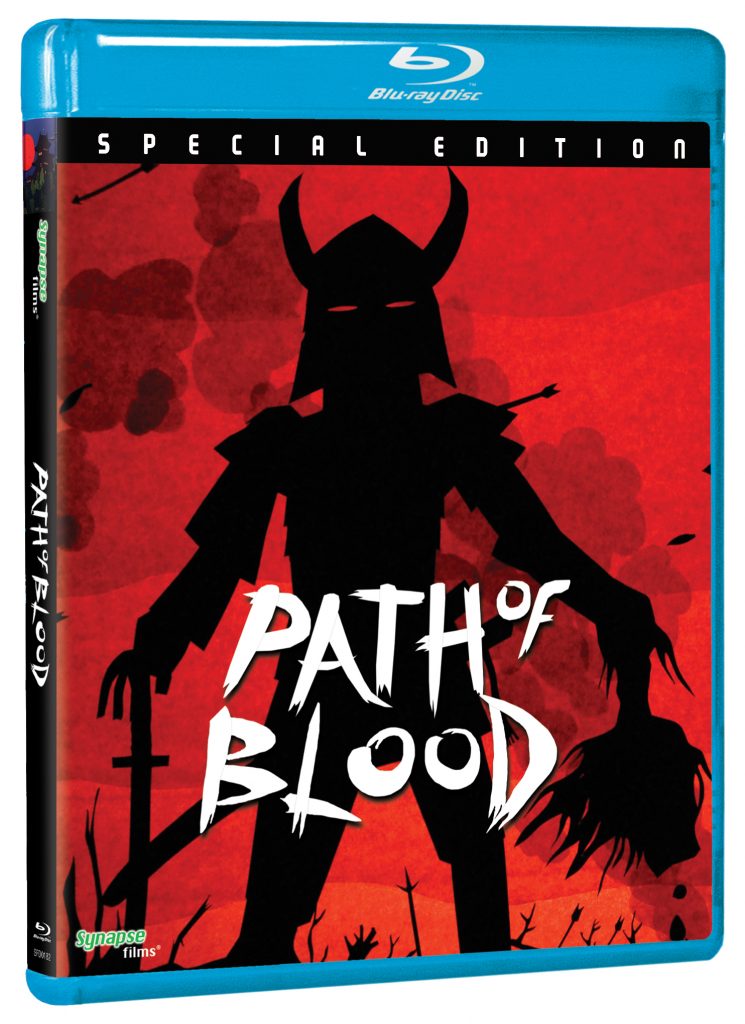