Who’s that “KNOCKING”? Find out in trailer for the festival fave, with release details

It’s knocked out viewers at fests around the world, and now it’s headed for U.S. theatrical play.

Yellow Veil Pictures is bringing KNOCKING to select Stateside venues (see list below) October 8 following its premiere at Sundance and berths at London’s FrightFest, Fantastic Fest, Göteborg Film Festival, Neuchâtel International Fantastic Film Festival and more. The feature directorial debut of award-winning short filmmaker Frida Kempff, from a script by Emma Broström, it stars Çecilia Milocco, Albin Grenholm, Alexander Salzberger, Krister Kern, Ville Virtanen, Charlotta Åkerblom and Naida Ragimova. The synopsis: “After suffering a traumatic incident, Molly [Milocco] moves into a new apartment to begin her path to recovery, but it’s not long after her arrival that a series of persistent knocks and screams begin to wake her up at night. Molly’s new life begins to unravel as the screams intensify and no one else in the building believes or is willing to help her.”

KNOCKING will first have an advance screening October 5 at Brooklyn, NY’s Nitehawk Cinema, followed by bookings on the 8th at the following: 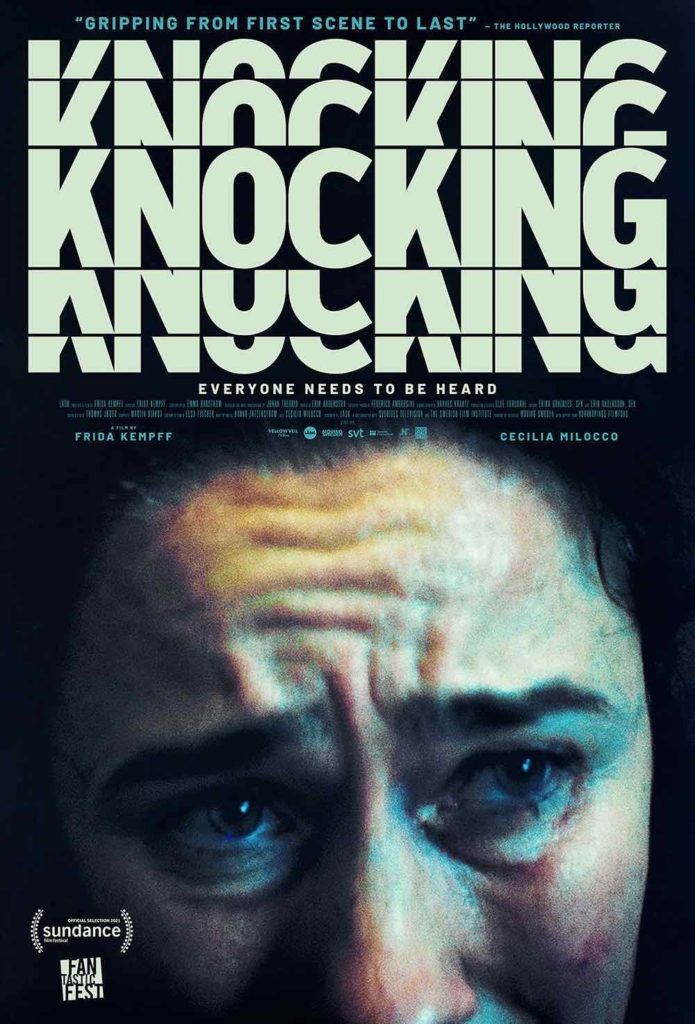