The word “Gothic” causes many vivid images to spring to mind. The architectural style of pointed arches, the music-based subculture, and haunted houses are what I picture first. Gothic as a genre of story or narrative has been present in literature, and later film, since the 18th century. Gothic fiction typically encompasses horror, death, and romance within its overall plot. In terms of literature, a negative outlook on Gothic fiction is common in contemporary works. It’s accused of not being shocking enough, scary enough, or too slow to get to the action. Additionally, Gothic fiction has often become synonymous with predictability, due to its elements being labelled as outdated or formulaic.

As a long-time Gothic fan, I disagree with this negative outlook. Who said that formulas can’t be enjoyable? The subgenre of Gothic fiction absolutely includes its must-have elements, as well as similar premises. But that does not mean that all Gothic fiction should be melded together as one entity. In order to further exemplify how Gothic fiction is an exciting and opportunistic subgenre of horror, I’m going to focus on one contemporary work to ask: ‘What Makes a Great Gothic’?

MEXICAN GOTHIC by Silvia Moreno-Garcia (2020) is an astonishing sample of how Gothic fiction can still terrify in new ways while utilizing elements that have always been quintessential to the genre. The novel follows Noemí, a young woman who receives a letter from her cousin Catalina that accuses her husband Virgil Doyle of trying to murder her. Catalina writes of hearing voices and of something sinister lurking inside the walls of the decaying house. Upon her father’s insistence, Noemí leaves Mexico City to travel to Catalina’s new home by the small town El Triunfo. 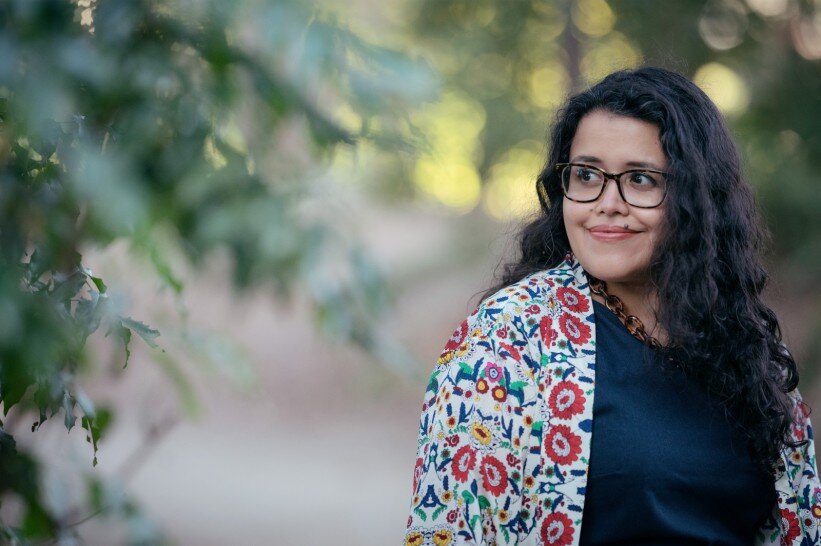 Catalina lives with her husband and his family in their mansion which sits atop a hill, appropriately named High Place. The rest of the family also inhabits the house, consisting of Howard – Virgil’s ill father, Francis – Virgil’s naive nephew, and Florence – Francis’ stern mother. Noemí learns Catalina is on bed rest, her sickness written off as consumption. Catalina’s illness is often used as an excuse to keep Noemí from seeing her. However, the longer Noemí stays the more she starts to realize that Catalina may be right and there is a danger within High Place’s walls.  Noemí struggles with whether she will be able to figure out what that danger is, as well as save herself and her cousin before they’re both killed.

MEXICAN GOTHIC is a story that swallows you up as you read. By using and updating well-known tropes, situations, and character types that are commonly associated with gothic fiction, Moreno-Garcia creates a horrifying yet perfectly Gothic narrative. There is no sense in denying the elements of the subgenre. Moreno-Garcia is aware that the reader has read gothic fiction before. She constantly drops hints about how fairy tales are supposed to end, and how women idealize a romantic Gothic like Wuthering Heights. To answer the question, ‘What Makes A Great Gothic,’ I will outline how my top three must-have elements within a Gothic narrative manifest, and explore how MEXICAN GOTHIC makes ample use of them while adding its own twists. The first element, and what I deem the most important aspect of Gothic fiction: there has to be suspense. As a reader or viewer, I must be questioning when the pen is going to drop, when things are going to turn sinister, and who I can trust. As we know from Gothic fictions past, there isn’t anyone you can trust in a Gothic narrative. MEXICAN GOTHIC thrives off of this same sense of dread.

As soon as Noemí approaches High Place we as readers know that something is off. During her first night in the house, Noemí thinks that “this house, with all its fabrics and rugs and tassels, could smother a whole army.” Moreno-Garcia expertly uses her prose to weaponize High Place which causes a feeling of uncertainty to taint each sentence. Wherever Noemí goes there’s a fear that she will find a threat, or that she will unlock a horror hidden from the rest of the characters.

Moreno-Garcia plants the seed of skepticism into our minds throughout the novel. The inciting letter from Catalina does wonders for creating suspense. We as readers know that Catalina is someone who can be trusted, that this paranoid behaviour is unusual for her, and that delusion due to consumption can’t be the whole story. High Place is mysterious, gigantic, and full of history that the readers and Noemí know nothing about. Noemí spends ample time investigating and earning unsatisfying answers from Virgil and the rest of his family. Suspense is effective because of the amount of information that we as readers can assume, due to Noemí’s investigations as well as knowledge of Gothic fiction as a genre. It’s like waiting for a jack-in-the-box to pop out. You know if you keep turning the crank it’ll pop out at you, but you never know when. For MEXICAN GOTHIC, we know that an isolated, tremendous, old mansion with avoidant residents has something to hide – the fun is in finding out what.

Atmosphere is essential to pulling a reader into a work of Gothic fiction. I want to be completely immersed in the setting of the novel, and know what I can expect around the corners. It is important to note that the reader becomes increasingly familiar with the small, typically single setting and can follow how to escape when the time comes. Giving the reader ample information about the setting also builds suspense, as it allows opportunity for the reader to form their own escape plan as well. Additionally, I adore an atmosphere that is wholly creepy. A place that seems both friendly and dangerous, vast yet isolated. In MEXICAN GOTHIC, High Place conveys this element of Gothic fiction tremendously well.

High Place is all-consuming. Moreno-Garcia uses vivid imagery to make the house seem like it is boundless, but also threatening. It is depicted as a place that holds all of the answers to their problems, such as Catalina’s illness, and Virgil’s mother’s untimely death – but also depicted as the cause. This is due to the supernatural mycorrhiza mushroom spores that are within the walls. Though these mushrooms are responsible for prolonging the Doyle family’s life, they are also responsible for ending the lives of many spouses who have been brought into the family. This evocative imagery is horrific, and it makes the atmosphere of the novel feel suffocating. High Place is alive, like a part of the family. It allows Howard Doyle to inhabit a new body when his body decays, and control all minds under its roof. Once Noemí starts to become poisoned by the spores like Catalina, the tone of the novel shifts to endurance. Both the reader and Noemí struggle to draw the line between fiction and reality, another delicious trope of gothic fiction. The endless questioning of whether Noemí’s dreams of Virgil are reality, or why she feels like she’s inhabiting the house half-awake, make it clear that the spores are altering her, and that High Place is getting ready to devour. Moreno-Garcia’s use of mushrooms to convey a deep-rooted sickness of High Place and the Doyles is applause-worthy. It utilizes a fear of shifting reality, as well as losing control of one’s own thoughts while providing a hard-hitting monster. The Doyles’ reliance on the mycorrhiza is nauseating, but like Noemí I couldn’t look away.

Mortality is crucial to establish in Gothic fiction in order for the build-up of suspense to pay off at all. By the time the narrative draws to a close, there needs to be bloodshed. It’s the payoff for walking on eggshells for the majority of the novel, waiting for the attack from the unknown. The gruesome, intense finale is often one of my favourite parts of a work of Gothic fiction. It’s when the story turns into a hard and fast slasher – no one is safe. MEXICAN GOTHIC does well with inputting brutality into the build-up towards the finale. The deaths of previous spouses and family members are not glossed over; when Noemí asks, the picture becomes fully painted. We’re aware of previous spouses’ deaths in graphic detail. With this information, our imaginations run wild to try to determine what Catalina’s fate could be. The fact that death comes frequently at High Place is central to incite fright. What is horror without a tangible threat?

Additionally, MEXICAN GOTHIC allows the finale to carry a heavy amount of the narrative’s gruesome weight. This is when the suspense throws the reader in head-first – and though you knew it was coming you didn’t expect it to be like this. Again the mycorrhiza and its attachment to Howard create a foul image, something that we as readers want gone. Noemí’s attack on Howard is gruesome, yet satisfying. MEXICAN GOTHIC’s finale is quick – the last thirty pages fly by. The struggle for Noemí, Catalina, and Francis to fight off the rest of their family is intense. While reading you are anxious, waiting to see what is around each corner, wanting to be able to listen for footsteps behind them. The burning of Agnes’ (Howard’s previous wife’s) spore-infested body underneath the house is macabre – but it solidifies the stakes. The image of Virgil’s demise in a sea of buzzing mushrooms will haunt me. My only complaint on this part is that our group of three all make it out alive. Again, bloodshed should establish stakes. What was I worried about if Catalina, Noemí, and Francis make a full recovery?

MEXICAN GOTHIC is a feat. The novel builds upon the type of mysterious Gothic narrative that we’re used to while adding in new commentary, more lively descriptions, and unforgettable twists. It is a great example of how Gothic fiction is far from a subgenre of the past, how it can be used to create contemporary thrilling stories. I’m beyond excited to see how Gothic fiction will continue to be played with, and endlessly expanded. If you haven’t had the pleasure of reading it yet, I encourage you to pick up MEXICAN GOTHIC this holiday season. Keep a lookout for the HULU limited series of the novel, hopefully coming soon!