The horrors of war become even more terrifying in TRENCH 11, which releases soon following play at numerous festivals. We’ve got the exclusive first look at the trailer.

TRENCH 11 arrives on VOD, digital and DVD September 4 from RLJE Films; Raven Banner Entertainment will give the film Canadian theatrical release August 31 in Toronto, Vancouver, Halifax, Calgary, Winnepeg, Montreal and Ottawa. Directed by Leo Scherman from a script he wrote with Matthew Booi, it stars Rossif Sutherland, Robert Stadlober, Charlie Carrick, Shaun Benson, Ted Atherton and Luke Humphrey. The synopsis: “A highly contagious biological weapon, created by German forces in WWI, is discovered by Allied troops as they explore an abandoned underground bunker. Realizing they need to contain and destroy the threat, their mission becomes a fight for survival when one of their own is infected by the deadly parasite and begins to violently attack them. The soldiers now need to not only save themselves, but must stop the outbreak before it spreads to the rest of the world.” 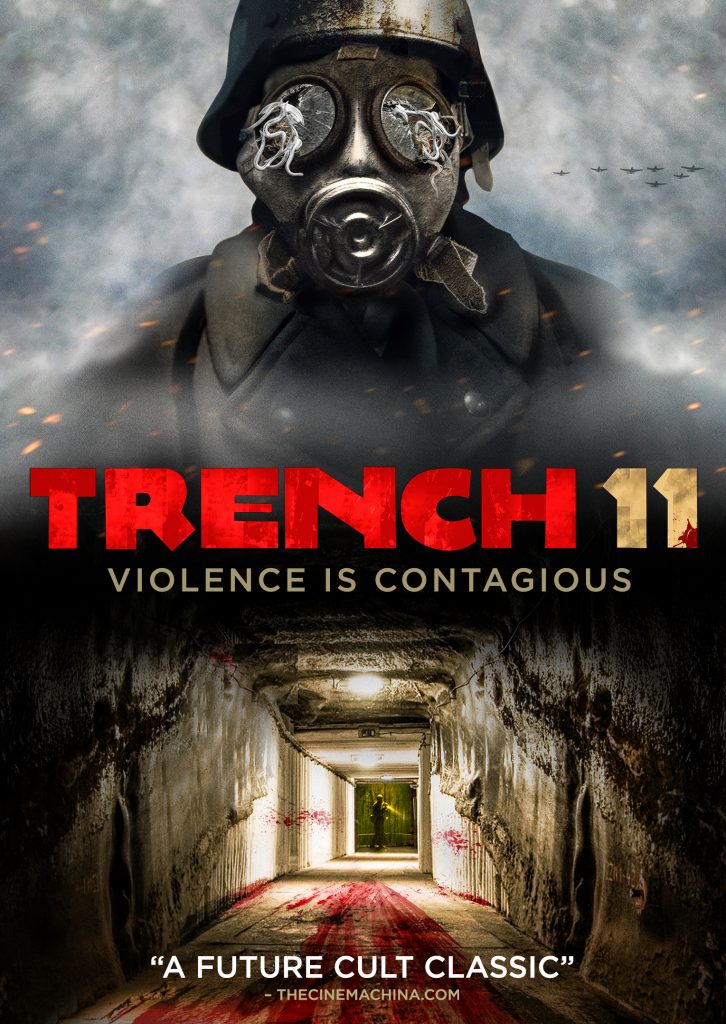