The modern Halloween classic is being showcased in a special watchalong event the day before the holiday, courtesy of Legendary Entertainment.

Tomorrow night, October 30, director/co-writer Michael Dougherty will live-tweet about TRICK ’R TREAT, delivering running commentary and offering a rare behind-the-scenes look at the film. To join in, fans can go to JustWatch.com and choose a way to watch TRICK, then hit Play at exactly 7 p.m. PT/10 p.m. ET and follow along at the @Legendary Twitter account. Viewers can join the conversation using #LegendaryHalloweenatHome, and the movie will be followed by a special Instagram Live Q&A featuring Dougherty and Nerdist. 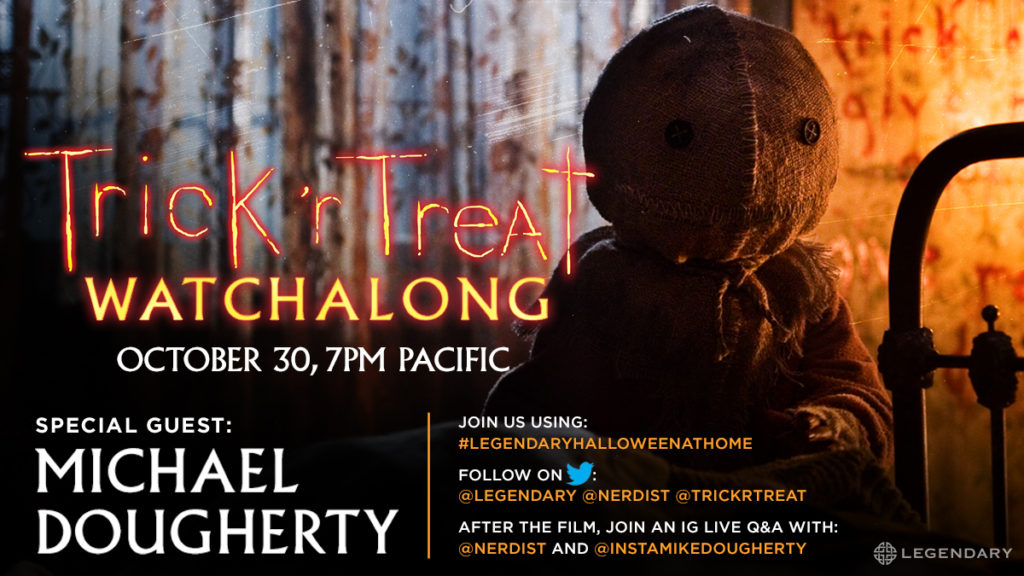