Warnings to the Curious: M. R. James and “A GHOST STORY FOR CHRISTMAS”

What would archival horror be without its archivists or researchers? One of the pleasures of this type of horror is to nerd out and vicariously assume the role of the intrepid (or foolhardy) investigator who stumbles upon some ancient lore or misbegotten book. If there is any horror writer who personifies the allure of archival horror it is surely M. R. James. His short stories delight in the antiquarian and abound in warnings to the overly curious who dig a little too deep into old tales. During the 1970s, the BBC adapted several of James’ stories into brief television films as part of their annual A Ghost Story for Christmas programming. These adaptations included enough tweed and English eeriness to add some extra chill to the holiday season. 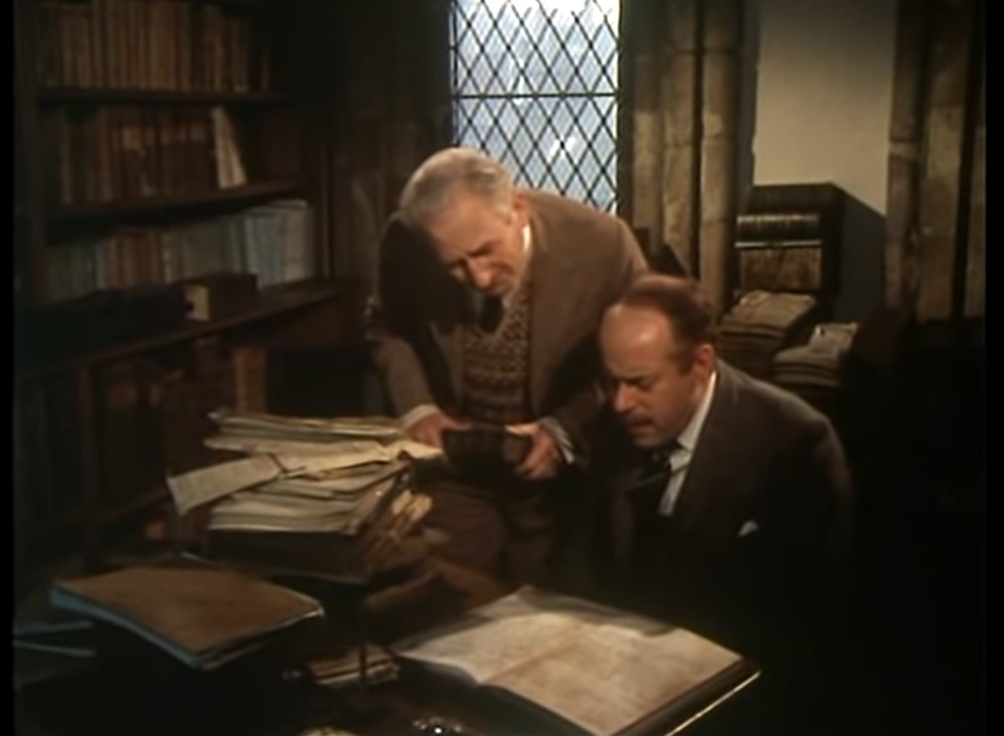 Knowledge of the past foreshadows the horrors of the present in “The Stalls of Barchester.”

Beginning with 1971’s The Stalls of Barchester and followed by A Warning to the Curious (1972), Lost Hearts (1973), The Treasure of Abbot Thomas (1974) and The Ash Tree (1975), these BBC versions are rather loosely based on James’ antiquarian horror.  Instead, they tend to combine a stereotypical view of the author himself as a stodgy academic with aspects of the main characters.  As a teenager, James was fascinated by antiquities and spent a lot of time cataloging, visiting old churches and archives and eventually joining archaeological digs. He spent most of his life at Cambridge, where he specialized in medieval studies. His stories and their television adaptations indulge the scholarly. Even the end credits of the episodes reveal the special importance of the archival. Instead of character names, there is only the “librarian,” “museum curator,” “archaeologist” or “antique shop owner.” 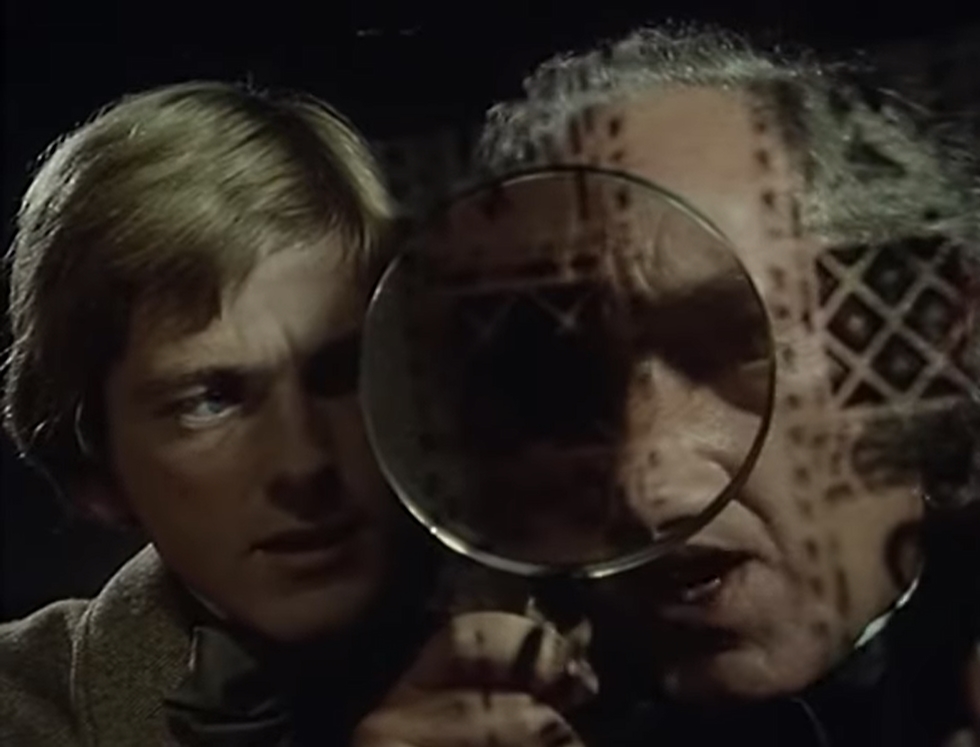 Curious clues in “The Treasure of Abbott Thomas.”

In The Stalls of Barchester, a scholar named Dr. Black comes across an old diary while cataloging the library at Barchester Cathedral. The diary relates the mysterious death of the former archdeacon. Similarly, A Warning to the Curious features an amateur archaeologist who is searching for the lost crown of East Anglia while on holiday in Seaburg. In The Treasure of Abbot Thomas, Reverend Justin Somerton, a scholar of medieval history, uncovers clues in the abbey library to a buried treasure. There’s even a dusty old Latin tome that needs deciphering. Though not part of the A Ghost Story for Christmas series, Whistle and I’ll Come to You (1968), an earlier BBC adaptation of a James story, set the tone for these later productions. It features a fussy professor who uncovers a cursed whistle while visiting a Knights Templar cemetery during his winter holidays on the east coast of England. 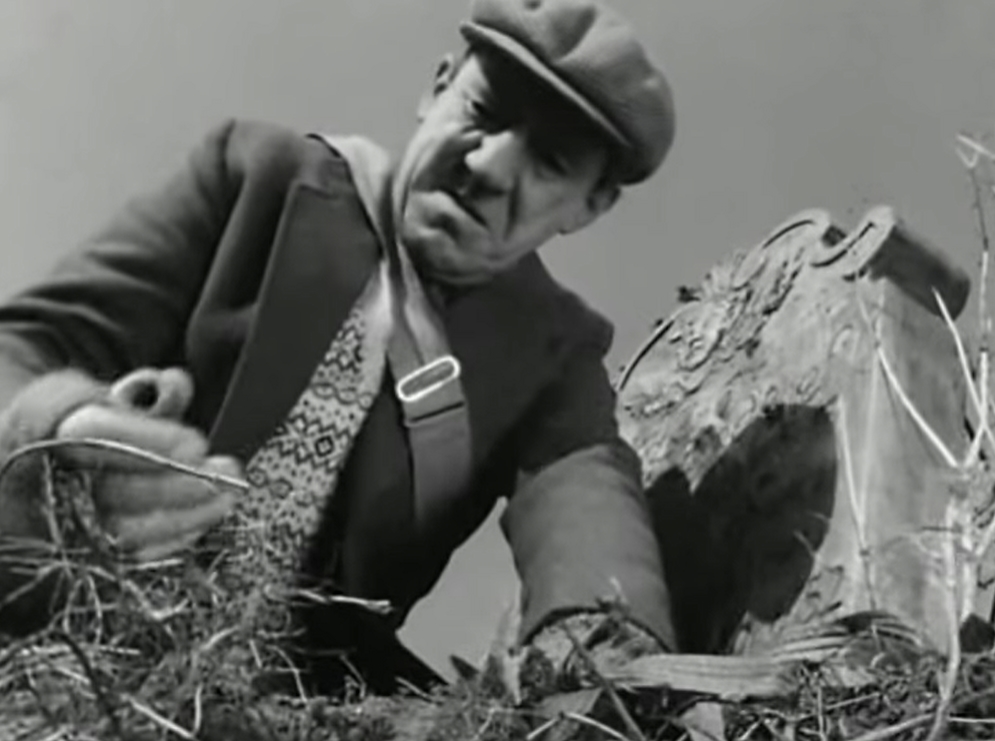 Finders, keepers …. “Whistle and I’ll Come to You.”

For the scholars, professors, archaeologists, clerics and antiquarians that make up James’ stories, the archive gives them a feeling of both skepticism and intellectual superiority. The supposed cleverness of these characters lets them solve puzzles and uncover clues where others have failed. However, their over-confidence in rationalism is always their undoing. Digging into the past usually awakens a deadly supernatural force of some kind. Away from their archives and out in the real world, these solitary scholars soon find themselves in over their heads. Disturbed burial grounds spell disaster. And never, never take the artifact away with you. Archaeological excavation in these tales is usually a violation of some kind, a sacrilegious curiosity that demands punishment. This trademark of James has become a staple of horror stories ever since. H. P. Lovecraft, for instance, regularly recycled this device. Such fiction shows us that the search for knowledge of the past may unleash horror. 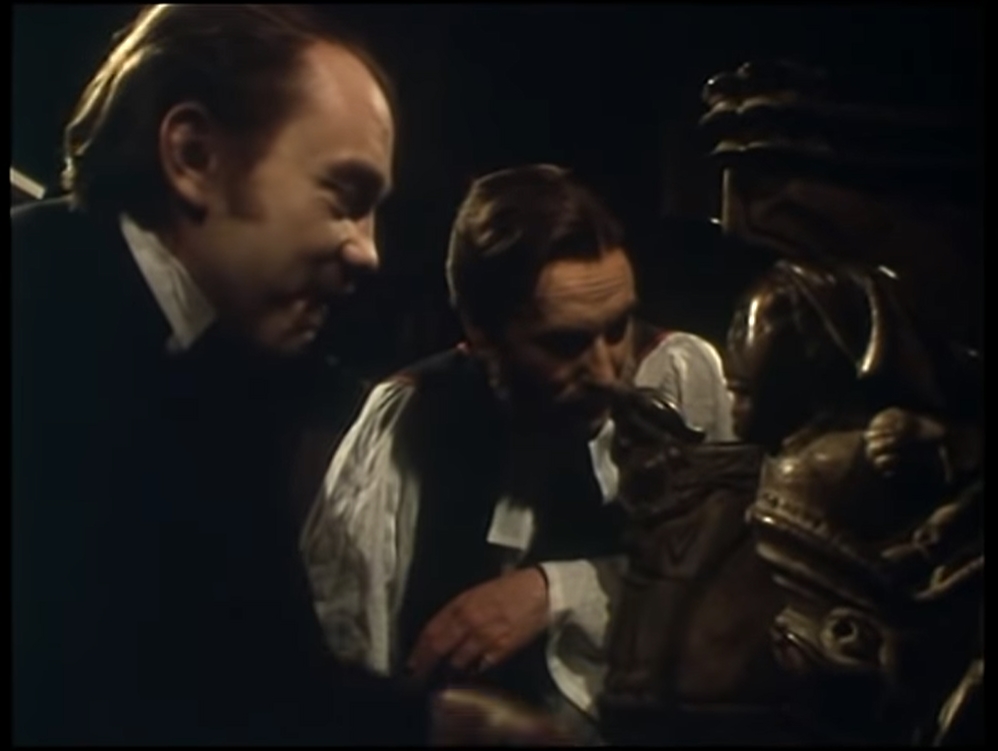 The horror in wood – “The Stalls of Barchester.”

Carefully cataloging and recording the past is not the same as encountering it, though. In the same way, the lavish period pieces and costume dramas that A Ghost Story for Christmas looks to be a part of are not history. The cozy winter broadcasts of these holiday specials may lure us into thinking of historical events as safe and familiar, even stuffy and quaint. Yet, amid the hushed halls of libraries or the dusty pews of country churches, something sinister often lurks. In archival horror, every library has a manuscript, diary or family history not meant for the unwary, and every parish has its unholy secrets. In The Stalls of Barchester, Dr. Haynes, the author of a diary, is drawn to the mysterious carvings peppered throughout the cathedral, especially the one that decorates the arm of the choir stall on which he rests his hand during mass. The sensation of this wooden sculpture beneath his fingers excites his curiosity. He calls it a “physical infliction within myself.” It turns out the wood was carved from a tree known as “The Hanging Oak.” The oak is related to a curse that portends doom for those with “blood on their hands.” 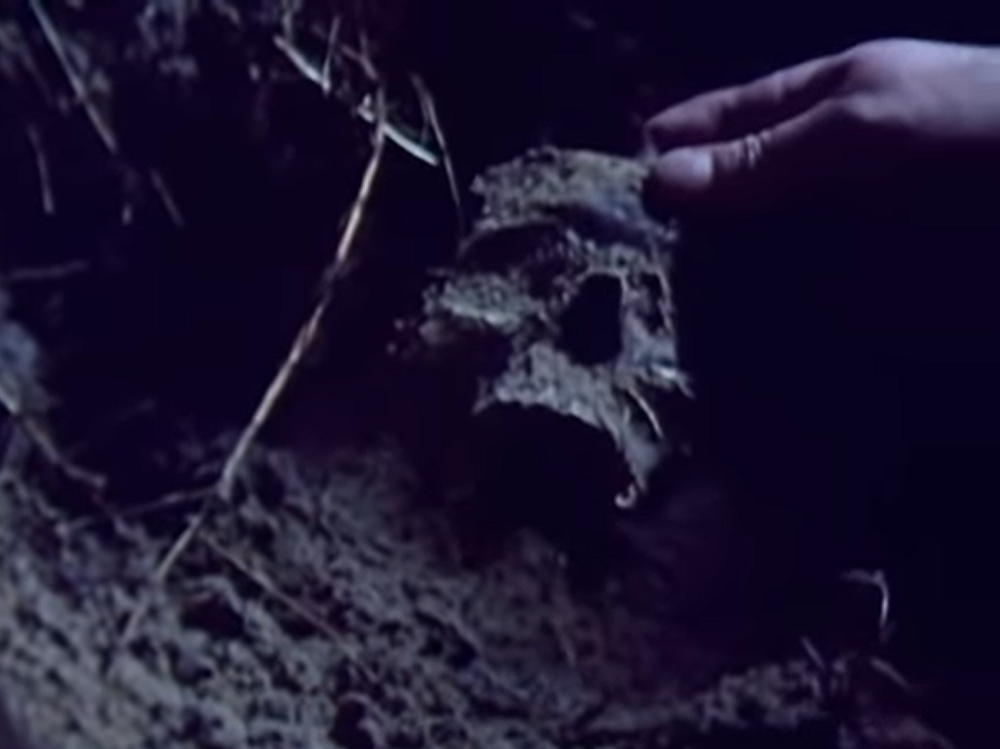 The tension between professional detachment and the need to touch and feel the past is everywhere in James. Each plot is driven by the discovery and touching of objects: whistles, crowns, carvings, coins and the like. The period in which James wrote and set many of his works was full of amateur archaeologists desperate to get their hands on the treasures of bygone days. This fad did real damage to historical artifacts. Many of James’ characters are wanderers or visitors, digging under the cover of night to escape the judgment of locals. However, these ghost stories warn that the drive to collect items or uncover a curiosity fails to respect the past. It is only when we learn the stories of the owners and makers of these objects that they “come alive.” 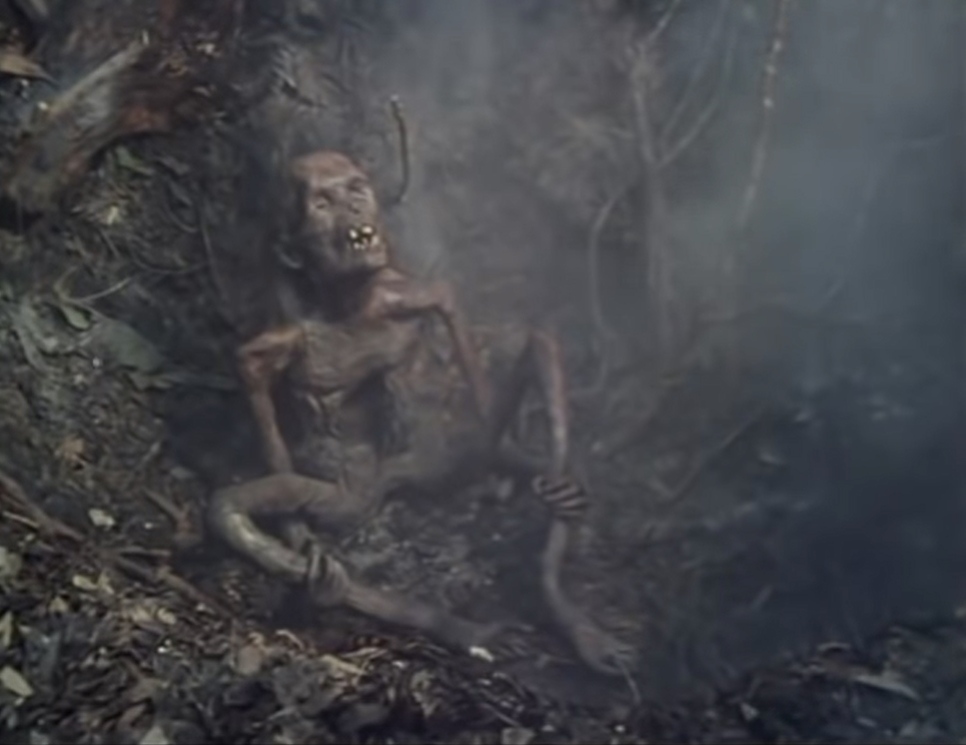 The dark secret of “The Ash Tree” revealed.

In The Ash Tree, Sir Richard, an aristocrat, moves into his ancestral home only to be awakened nightly by the scratching of tree branches on his window. Gradually, we learn that Sir Richard’s ancestor, Sir Matthew, was responsible for the hanging of Anne Mothersole, a local woman accused of witchcraft. At the climax of the tale, her decomposed body is found enclosed in a hollow of the ash tree. Sir Richard himself succumbs to the forces of history when the tree unleashes a wave of demonic spider-like creatures onto his bed. As in A Warning to the Curious, Whistle and I’ll Come to You, The Stalls of Barchester and The Treasure of Abbot Thomas, the protagonist experiences an uneasy sense of being followed or stalked by a supernatural presence. Whether it is a sheeted figure, an oozing slime or the long-nailed fingers of an outstretched hand, the ultimate horror for James’ characters is for history to touch them back.