Vikings get violent in the trailer for “THE NORTHMAN,” from Robert Eggers (“THE WITCH,” “THE LIGHTHOUSE”)

It’s the filmmaker’s most lavish period piece yet, but still dark as hell.

Focus Features has released the trailer and poster for THE NORTHMAN, which arrives in theaters April 22, 2022. Directed by Robert Eggers from a script he wrote with novelist Sjón, it stars Alexander Skarsgård, Nicole Kidman, Claes Bang, Anya Taylor-Joy, Gustav Lindh, Ethan Hawke, Björk and Willem Dafoe. Skarsgård plays a young Viking prince who goes on a quest to avenge the murder of his father, with the preview promising plenty of horrific imagery along the way. 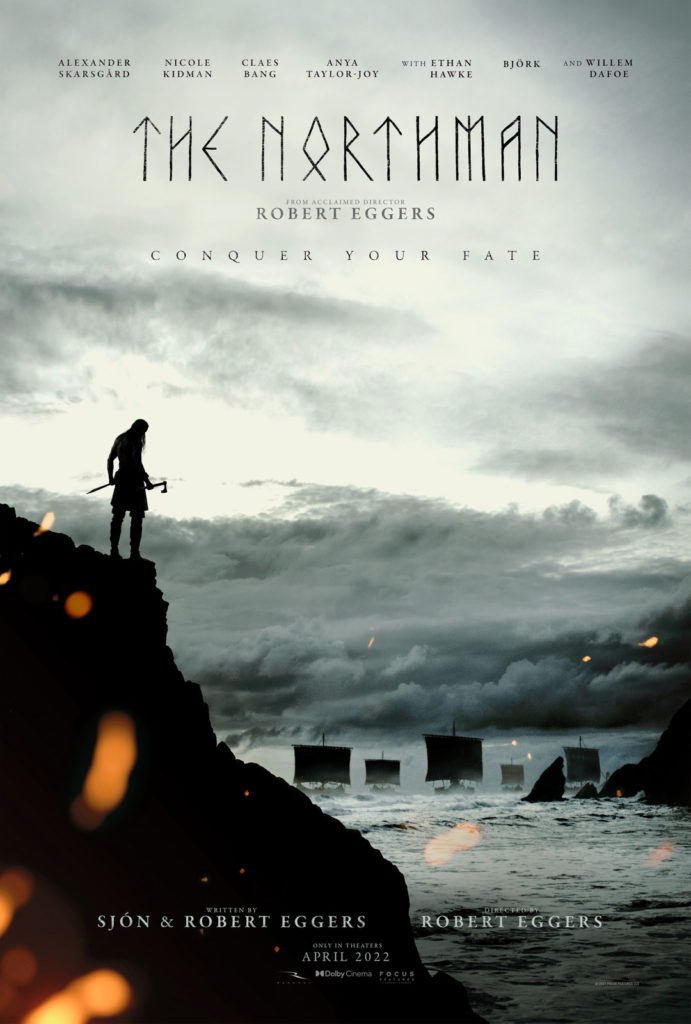