“UNWELCOME,” from “GRABBERS” director, gets a U.S. date, trailer & poster

From the filmmaker behind one of the 2010s’ best creature features comes another Irish horror tale.

Well Go USA has announced its acquisition of North American rights to UNWELCOME, which will debut in U.S. theaters March 17 and then stream exclusively on Shudder later in 2022. Jon Wright directed from a script by Mark Stay, and the cast is headed by Hannah John-Kamen, Douglas Booth, Colm Meaney, Jamie-Lee O’Donnell, Chris Walley and Kristian Nairn. The film marks a reunion of the creature team from Wright’s sleeper GRABBERS, including prosthetic creator Shaune Harrison, monster designer Paul Catling and visual effects supervisor Paddy Eason. According to the official synopsis, John-Kamen and Booth play “a couple who escape their urban nightmare to the tranquility of rural Ireland only to hear stories of mysterious beings who live in the gnarled, ancient wood at the foot of their new garden. As warned by their new neighbors, in Irish mythology, the Redcaps will come when called to help souls in dire need of rescue, but it’s crucial to remember that there is always a dear price to pay for their aid.”

“We are thrilled to bring this new spin on an age-old Irish legend to North American horror fans, who may or may not know about the legend behind this mysterious group of faerie folk,” says Well Go president and CEO Doris Pfardrescher. “The entire ensemble of stellar, tried-and-true cast and crew members have really outdone themselves bringing this story to life, and we believe audiences will be delighted by the result.” 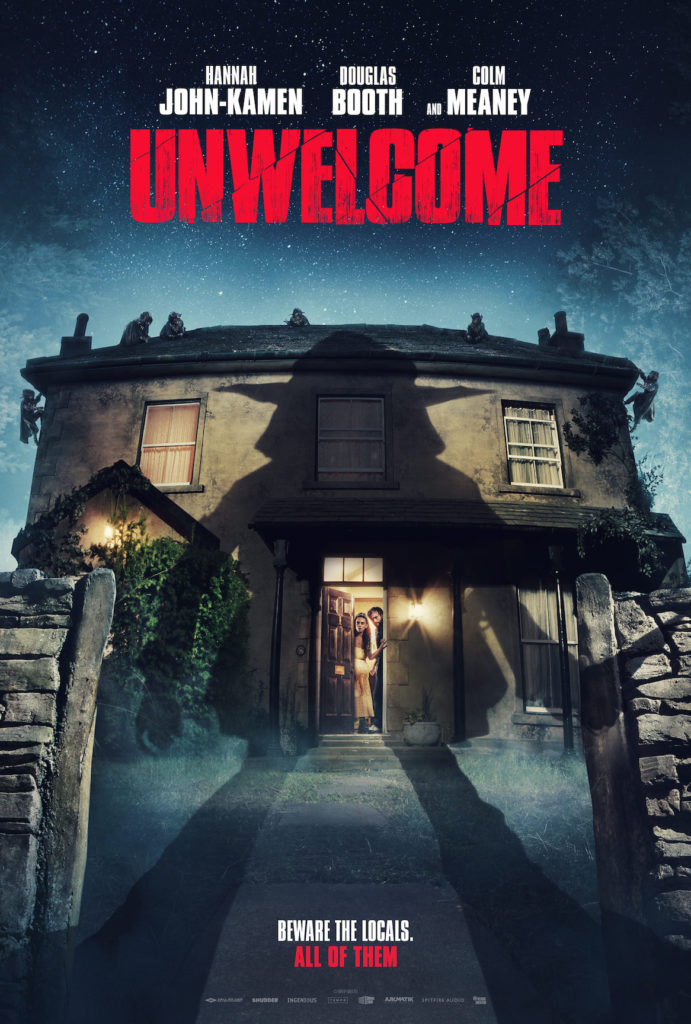