The red, white and blue will be even more vibrant on this upcoming disc.

Blue Underground has announced its release of William Lustig’s UNCLE SAM on 4K Ultra HD, streeting a little ahead of July 4 on June 21. Scripted by Larry Cohen, the star-spangled slasher flick about a soldier killed by friendly fire who revives and rampages through his hometown has a very cool cast (Isaac Hayes, Timothy Bottoms, Bo Hopkins, William Smith, P.J. Soles and Robert Forster), and has here been transferred in 4K 16-bit at 2.40:1 from the original 35mm camera negative, with Dolby Vision HDR and Dolby Atmos audio. Special features are:

Retail price is $49.95; the first pressing only will come with a moving lenticular slipcover. 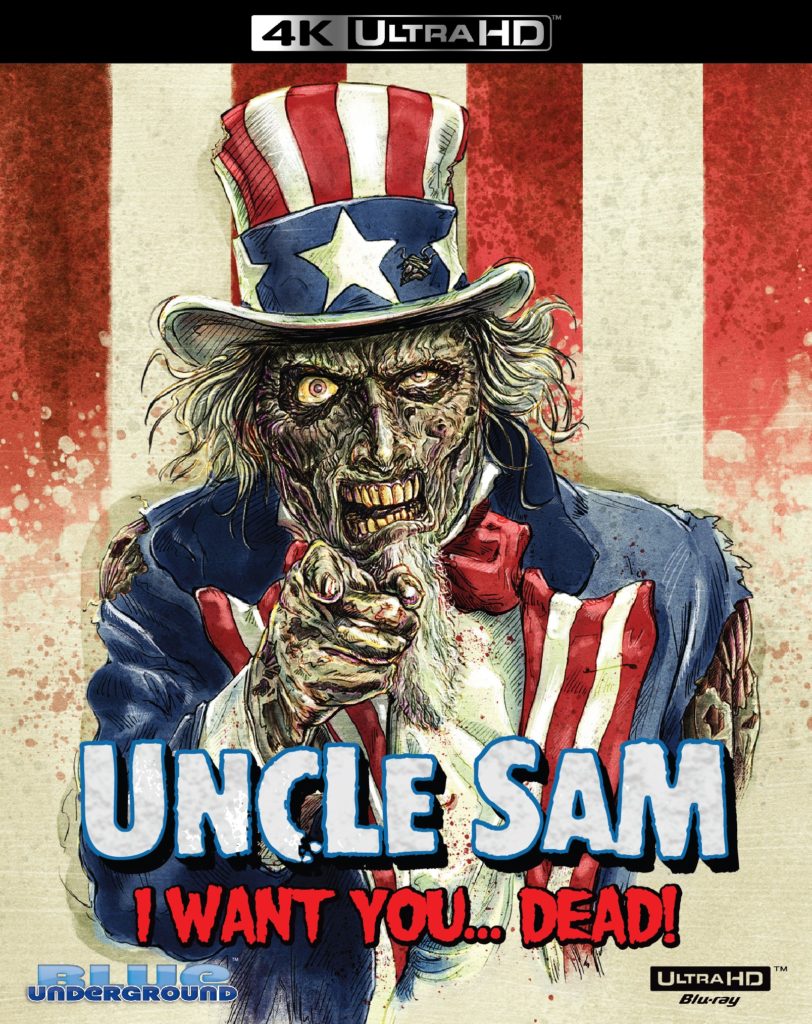