Travis Stevens On The Influences And Iconography of “Jakob’s Wife”

Having made its world premiere last month at South by Southwest, festival fave JAKOB’S WIFE is hitting select theaters and digital this Friday. The contemporary vampire tale concerns Anne (Barbara Crampton), a wallflower minister’s wife who, after a chance encounter with a centuries-old vampire known only as “The Master” (Bonnie Aarons), is granted a new lease on life. Though her husband, the eponymous Jakob (Larry Fessenden) initially resists Anne’s transformation, he soon realizes that they may need to grow together or perish before the malevolent forces overtaking their small town.

As his follow-up to Girl on the Third Floor (2019), decorated producer turned director Travis Stevens delivers a different breed of vampire film, exploring the complex phenomena of mid-life rediscovery after time has taken its toll on both the marriage and self. We sat down with the director to discuss his influences, passion for the vampire subgenre, and why it was important for audiences to see two horror mainstays playing against type. 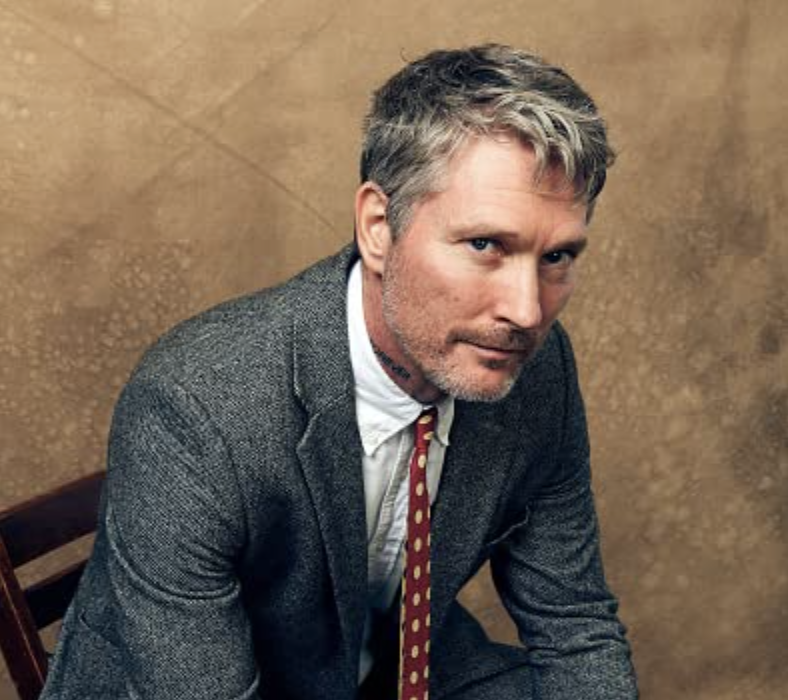 This is your second feature as a director. What made this the ideal follow-up to Girl on the Third Floor?

I feel really lucky because it seems like the universe always just sort of puts the next thing in front of me. And around the time that we were doing Girl on The Third Floor and the release, Barbara Crampton had reached out and said, “Hey, I found this script a few years ago. Would you want to give it a read?” I read it and saw the potential in it. I said, “Yes, I want to do that. And here’s what I want to do with it.” So, it felt very easy. We worked a long time on this screenplay to sort of get it where it needed to go, but it was clear from the second I started reading it that it was the perfect movie for Barbara Crampton to do at this point in her career.

You’re the sole writing credit on your first film, but here you share credit with Cathy Charles and Mark Steensland. How was the development process for JAKOB’S WIFE different from your first go-round?

This is my understanding based on when I came into the process. Mark had written the original draft that had won an award at Shriekfest, and they had sent it to Barbara saying, “Hey, we think this is a project that you might be interested in.” Barbara read it and then for years had worked with writers trying to develop the material, and one of those writers was Cathy Charles who had worked on it. So, it wasn’t like the three of us sat in a room together and said, “Okay, how do we do this?” But both Mark and Cathy were really available and supportive throughout my writing stage. As I was sort of rewriting the material, I shared drafts with them and said, “Here is what I’m thinking. What do you think?” And they were so gracious in their feedback, so I love them. That’s how it went! 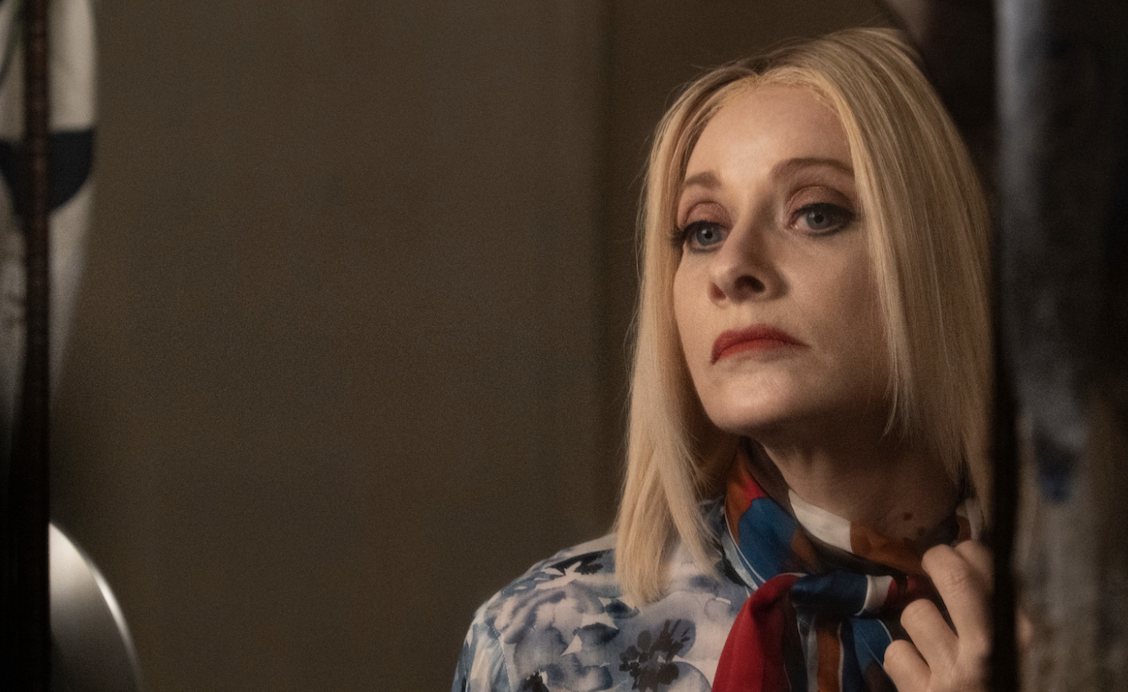 Since Barbara is so vocal about roles for women of a certain age, I’m sure it was important for her to have Cathy on board.

Yeah, I think Cathy helped unlock the script for Barbara. And certainly, when it came to me, I was able to see what the core of this movie was about, and then it just became about nurturing [that], really. This is a movie about a woman in the second stage of her life, taking stock of where she is and all of the things she thought she’d be by this point and who she actually is, and deciding, “Hey, this isn’t good enough anymore.” And that was so important to make sure the script [was] giving that character room to discover that and do something about it.

Barbara was involved early on obviously, but when did it become clear to you that she should play the lead?

Yeah, right from [the start] it was her project. I sort of look at it as, Ellen Burstyn’s experience with Alice Doesn’t Live Here Anymore. It’s like, this was conceived as a showpiece movie for an actor of a certain age, so that was the goal: how do we make this the best stage for Barbara to perform on?

Larry and Barbara are also playing against type. Was that a conscious decision?

Yeah, for sure. Because I’ve worked with both of them before, they’re known for playing certain types of characters, and a lot of horror movies recently bring them in to do one thing over the course of the movie. So, let’s play against that. Like you said, we’re going to have them play characters that go against that type, but in order to have the thing sort of work on a thematic level, it was important to cast somebody across from [Barbara] that had the flexibility to be loose and to really bring that life to it. Because Barbara and Larry know each other and [he’s] such a warm light when he’s on set, he’s the perfect dance partner for [her]. This was a movie that she was going to go through so many different transformations and he understands how to keep things light, loose, and happy. So, yeah, super conscious. And I think it was really exciting to see both of them play characters that you don’t normally see. I think Ann at the beginning of this movie is Barbara as you’ve never seen her, and I think Larry is the same thing. They’re very button-downed, beige people whose lives are very suddenly turned technicolor. 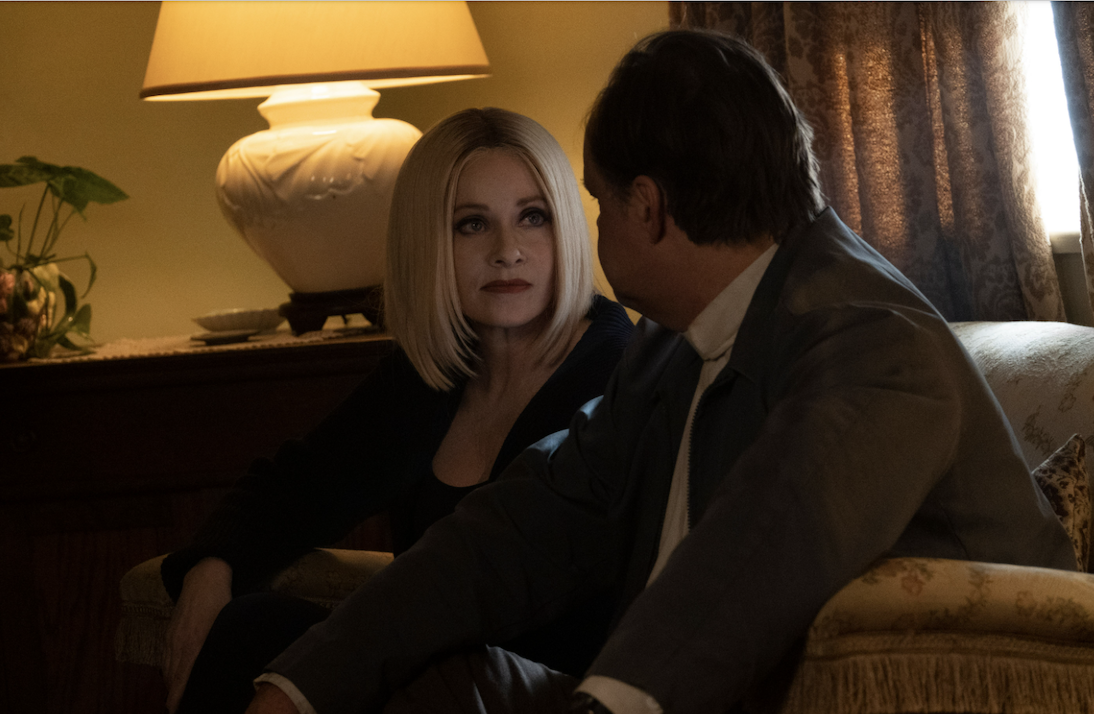 Bonnie Aarons has a pretty cool part. Was she your first choice?

For sure! Barbara had been friends with Bonnie for years. And I [thought] The Master should be a woman so that we can change that dynamic [from], “Do you want to be with this guy, or do you want to be with that guy?” to “Oh, if we make her a woman, it would be more about what do you want, what’s going to make you happy for yourself?” And as soon as I said that, Barbara was like, “Oh, well, here’s some actors that I know.” And Bonnie was top of that list. She has such a presence, and I knew that if we were going to go with a classic sort of Nosferatu look, underneath all that makeup…Bonnie is so striking, both physically and her voice, her presence, and her eyes, that it was immediate.

Rats play a big part in JAKOB’S WIFE. Was this your first time working with live animals, and was it as big a nightmare as people always joke about?

It’s insane, and I shouldn’t do it, but Girl on the Third Floor, I wrote a dog into that movie, knowing – I’ve been a producer for years, I know that you’re not supposed to do that because you can’t afford to do it! It’s a nightmare! But, when you think of ’80s horror movies, there’s fucking animals in them, and just because we’re making movies for no money, there’s got to be somebody who can make this happen. I said, “This is a vampire movie, and I want to see some rats!”  We reached out to animal trainers who were like, “Yeah, for $50,000 we can get you 40 rats that’ll do this and do that.” And I was like, “Well, that’s not gonna work.” So there’s this movie I’d seen called Rat Scratch Fever by Jeff Leroy, this no-budget movie where he built a bunch of miniatures running around, these monster rats, and I was like, “Well, if Jeff Leroy can make a full feature with rats rampaging surely he can help me out!” And he was like, “Oh, yeah, I just bought a bunch of rats from a pet store.” So, I [thought], okay, I’ll reach out to the pet stores, and I’ll see if they can provide [us] with the rats. So, we got this girl, Lexi Payne who raises rats for pet stores for food for snakes. And I said, “Lexi, we are doing a modestly budgeted horror film, do you think you could get 40 rats, and could you get them to do this?” And she’s like, “Yeah, I think so.” And now there’s rats in the movie, and I’m forever grateful to her for, at two in the morning, bringing 40 rats in a truck. Her son helped out, and her whole family was there. We just found a way to work with the rats and [see] what they could do! 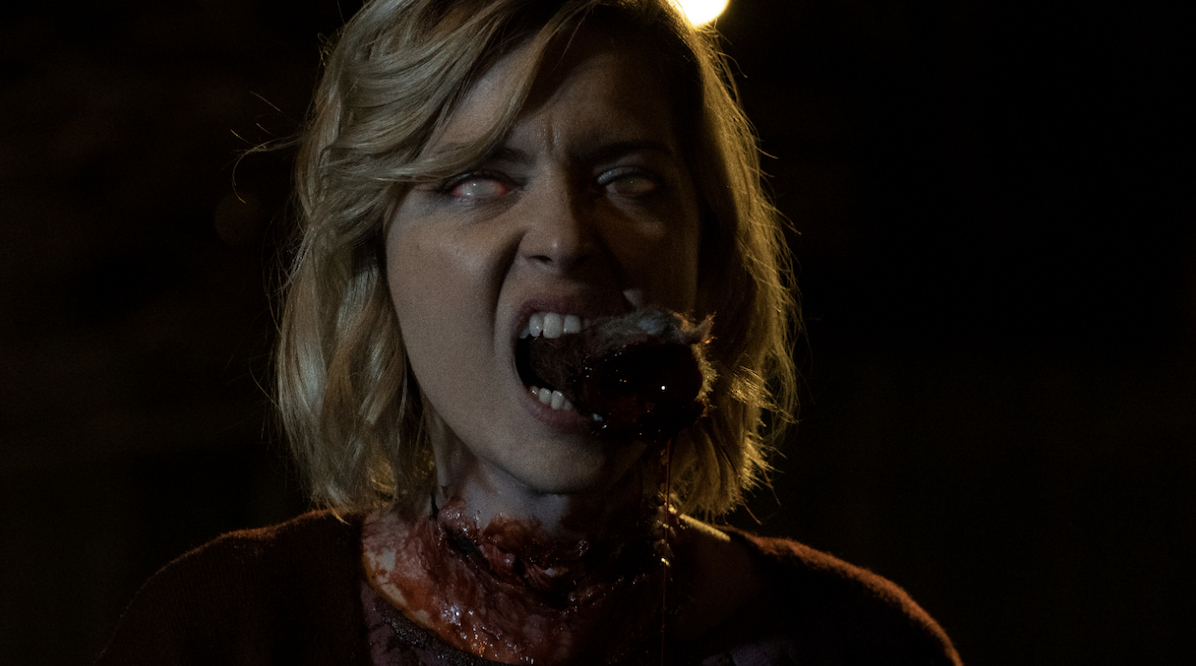 Not to spoil anything, but this is a vampire movie that wears its influences on its sleeve. What are some of your favorites, and which ones specifically did you draw inspiration from?

There were two goals of the movie: one is let’s give Barbara her version of A Woman Under the Influence. You know, her sort of Gena Rowlands, holy-shit-what-an-incredible-actor, movie. And then the other goal was let’s update classic, cult, vampire movies and do our very, very best to make something that contributes a little bit to that iconography. So, for me, Abel Ferrara’s The Addiction, Tony Scott’s The Hunger, Herzog’s Nosferatu, Tomas Alfredson’s Let The Right One In, Bill Gunn’s Ganja & Hess, Harry Kümel’s  Daughters of Darkness, Kathryn Bigelow’s Near Dark, Cassavettes’ Kiss of the Damned, Richard Wenk’s Vamp, and Tobe Hooper’s Salem’s Lot…those are all vampire movies that I love. It was just like, I want to put in as many little easter eggs and sort of tributes to those movies that I think really do something interesting with the vampire story. They all, in their own way, in their own time period are using that subgenre to say something valuable socially, or culturally, or emotionally about [their] characters. That’s what I was hoping this movie would do as well.

JAKOB’S WIFE is in select theaters, on demand and digital April 16th from RLJE Films and Shudder.