The breakthrough Japanese horror film is returning to the big screen.

Janus Films releases the new 4K restoration of Kiyoshi Kurosawa’s 1997 serial-killer chiller CURE October 1 at New York City’s IFC Center, with more bookings to come. Koji Yakusho, Masato Hagiwara, Tsuyoshi Ujiki, Anna Nakagawa, Misayo Haruki and Yoriko Doguchi star; the synopsis: “A string of shocking, seemingly unmotivated murders–each committed by a different person yet bearing the same grisly hallmarks–leads Detective Kenichi Takabe [Yakusho] into a labyrinthine investigation to discover what connects them, and into a disturbing game of cat and mouse with an enigmatic amnesiac [Hagiwara] who may be evil incarnate. Awash in a mood of hushed, hypnotic dread, CURE is a tour de force of psychological tension and a hallucinatory journey into the darkest recesses of the human mind.” 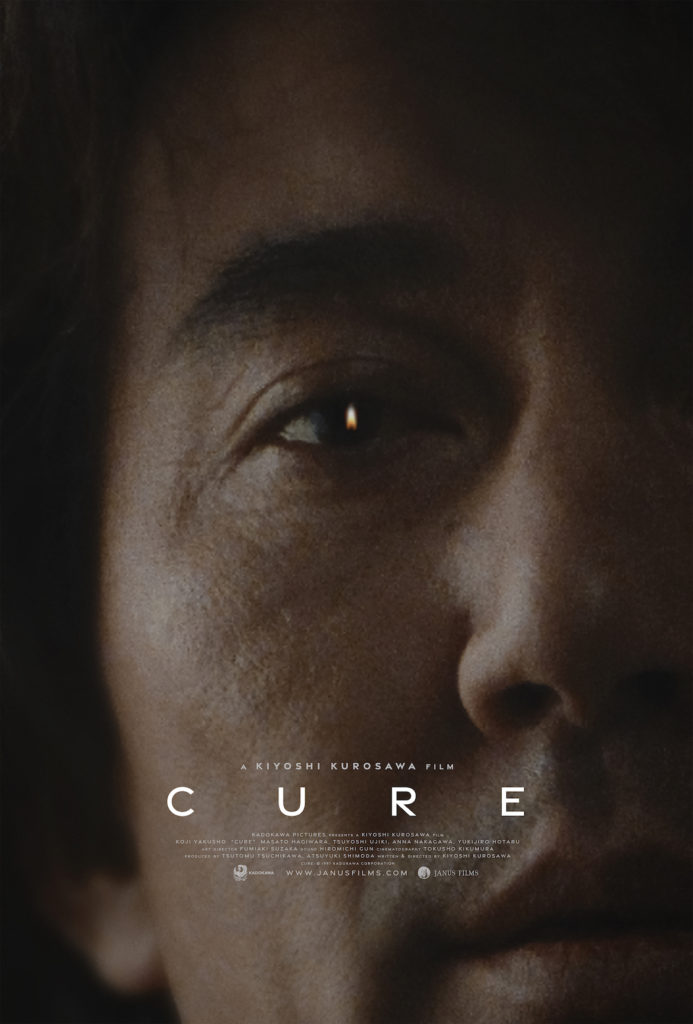