Trailer, poster, release info revealed for “LET THE WRONG ONE IN”

Dark Sky Films will release LET THE WRONG ONE IN to select theaters and digital platforms on (natch) April 1. The movie, which played numerous festivals last year, was written and directed by Irish filmmaker Conor McMahon (STITCHES, FROM THE DARK) and also stars Karl Rice, Eoin Duffy, Hilda Fay, David Pearse, Mary Murray. The synopsis: “LET THE WRONG ONE IN follows young supermarket worker Matt [Rice], who is a little too nice for his own good. When he discovers that his older, estranged brother Deco [Duffy] has turned into a vampire, he’s faced with a dilemma: Will he risk his own life to help his sibling, with blood being thicker than water? Or will he stake him before he spreads the infection further?” Head plays Henry, “a taxi driver with a sideline in vampire hunting.” 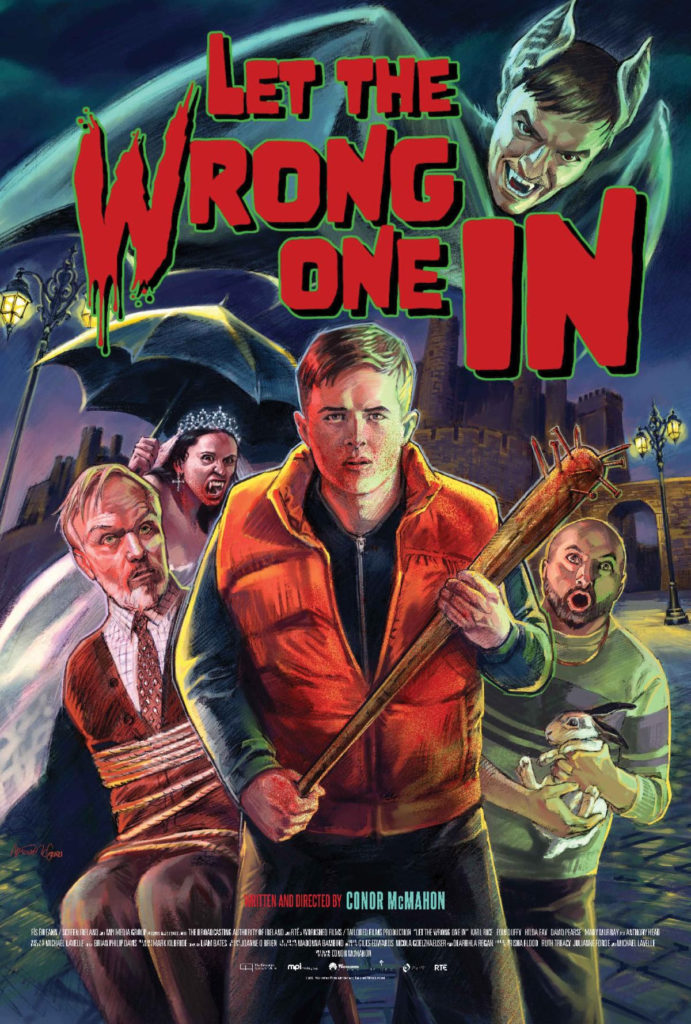