It’s the first feature from the creators of the popular on-line horror/comedy short THE SLEEPOVER.

Saban Films has announced an April 29 theatrical and VOD/digital release date for THE AVIARY, written and directed by Chris Cullari and Jennifer Raite. Malin Akerman (THE FINAL GIRLS), Lorenza Izzo (KNOCK KNOCK) and Chris Messina star, with a producing team including Blumhouse veteran Jeanette Volturno and GET OUT’s Marcei A. Brown. The synopsis: “This twisted thriller is about two women’s desperate attempt to flee the clutches of Skylight, an insidious cult. Trapped at Skylight’s isolated desert campus, The Aviary, Jillian [Akerman] and Blair [Izzo] join forces to make a treacherous escape. Alone in the harsh wilderness, they are consumed by paranoia and unable to shake the feeling that they are being followed by the cult’s leader, Seth [Messina], a man as seductive as he is controlling. With supplies dwindling and their senses failing, Jillian and Blair are faced with a horrifying question: How do you run from an enemy who lives inside your head?” 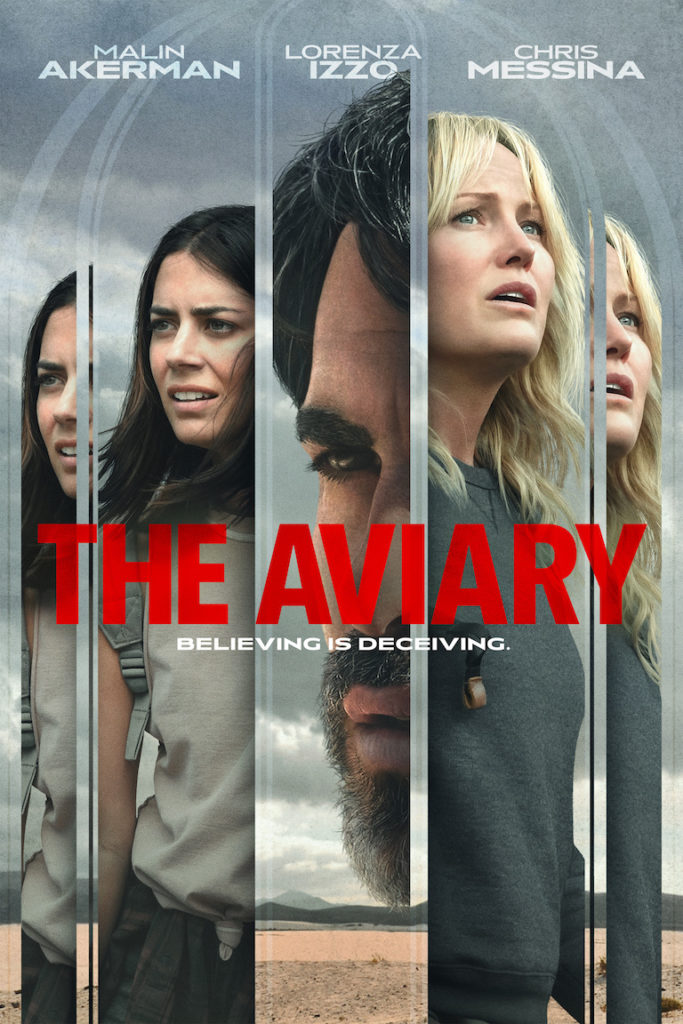