Trailer, poster and photos for Netflix’s “THERE’S SOMEONE INSIDE YOUR HOUSE”

The small-town slasher form gets an updated twist with plenty of blood.

Netflix has unveiled the promotional materials for THERE’S SOMEONE INSIDE YOUR HOUSE, which premieres October 6. Directed by Patrick Brice (CREEP) and written by Henry Gayden from the novel by Stephanie Perkins, it counts James Wan among its producers and stars Sydney Park, Théodore Pellerin, Asjha Cooper, Dale Whibley, Jesse LaTourette, Diego Josef, Burkely Duffield, Sarah Dugdale, William MacDonald, Andrew Dunbar and Markian Tarasiuk. The synopsis: “Makani Young [Park] has moved from Hawaii to quiet, small-town Nebraska to live with her grandmother and finish high school, but as the countdown to graduation begins, her classmates are stalked by a killer intent on exposing their darkest secrets to the entire town, terrorizing victims while wearing a life-like mask of their own face. With a mysterious past of her own, Makani and her friends must discover the killer’s identity before they become victims themselves.” 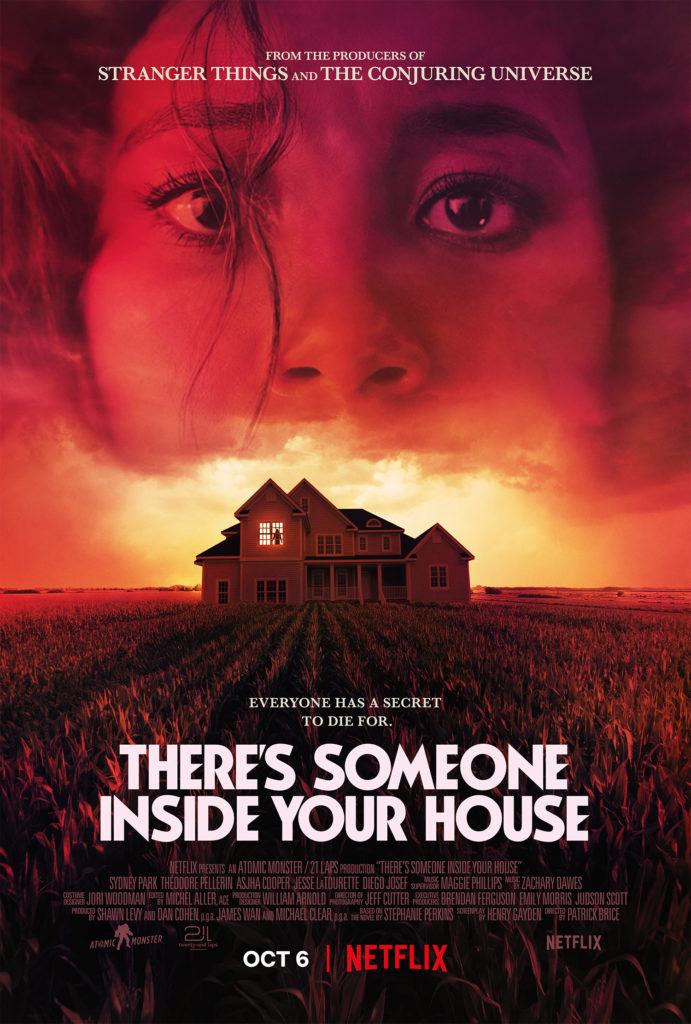 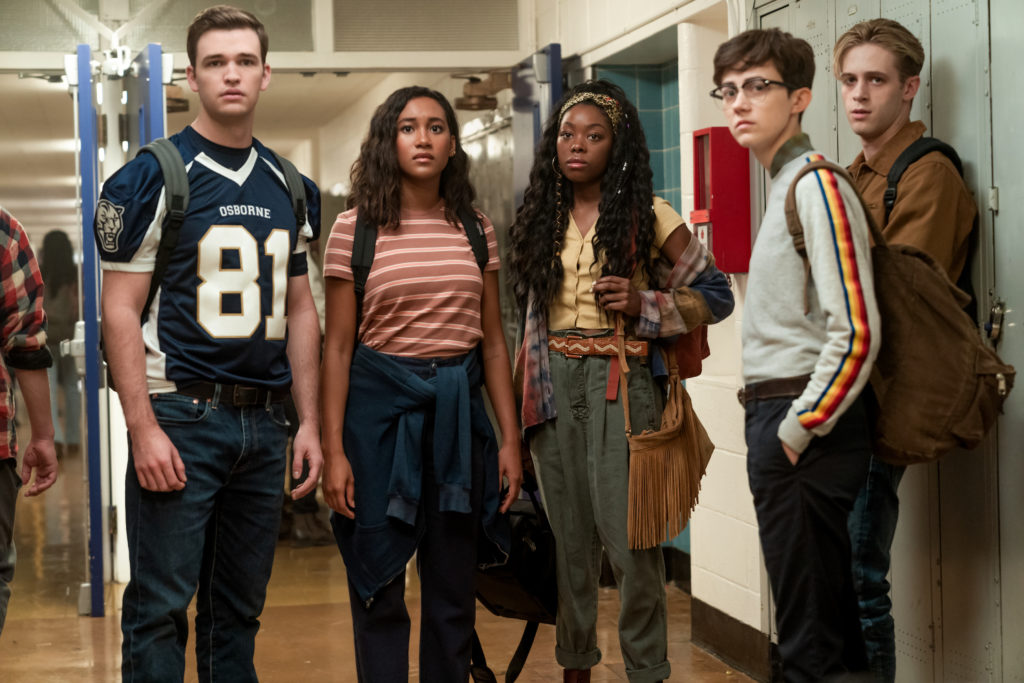 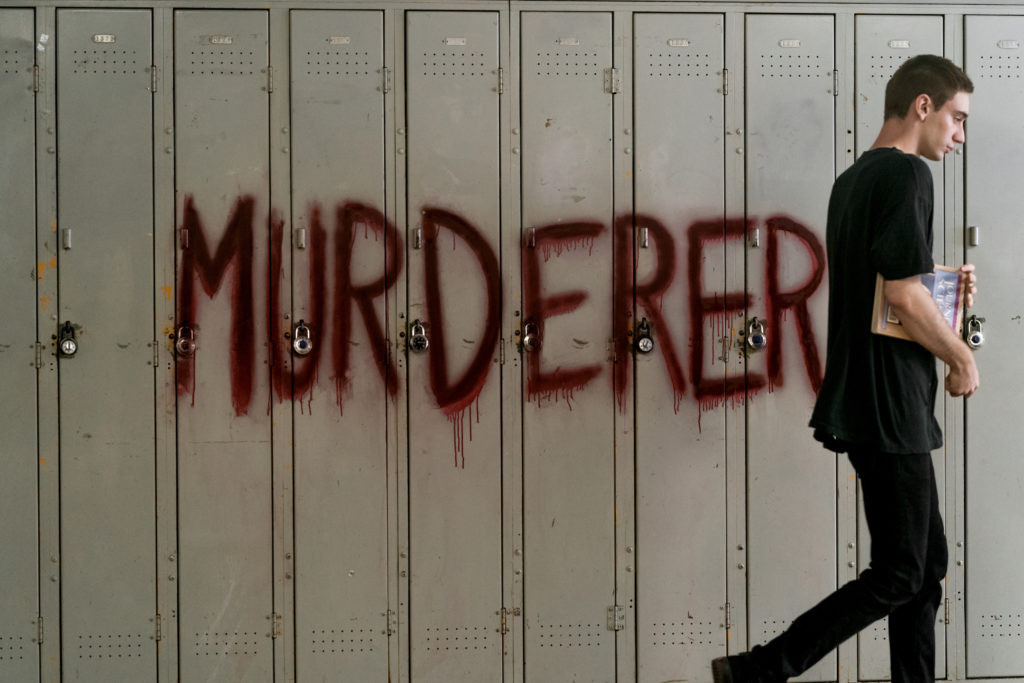