1091 Pictures releases KEEPING COMPANY on VOD June 7. Directed by Josh Wallace and scripted by Wallace and Devin Das, the latter of whom co-stars as well, the film also features Jacob Grodnik, Ahmed Bharoocha, Devin Das, Gillian Vigman, Bernard White, Andy Buckley, Suzanne Savoy, Rex Lee, Medina Senghore, William Russ, Mary Holland, John Milhiser, Bryan Safi and Lilan Bowden. The synopsis: “Sonny [Das] and Noah [Bharoocha] are two brash door-to-door salesmen climbing the ranks within the corporate world of insurance. One day, after feeling the heat from their boss to get their sales numbers up, they cross paths with Lucas [Grodnik], an enigmatic, antisocial creature, whom they see as a potential new client. With no regard for Lucas’ plea for privacy, they rudely force their way into his house but soon find themselves trapped in his basement, incapable of escaping. As the spotlight shifts toward Lucas and his demanding Grandmother [Savoy], the similarities between this sinister household and the ruthless world of business begin to parallel each other. An exploration on the importance of wealth and class in today’s society, KEEPING COMPANY mixes ruthless corporate salesmen with vicious suburban serial killers and asks if you can tell the difference.” 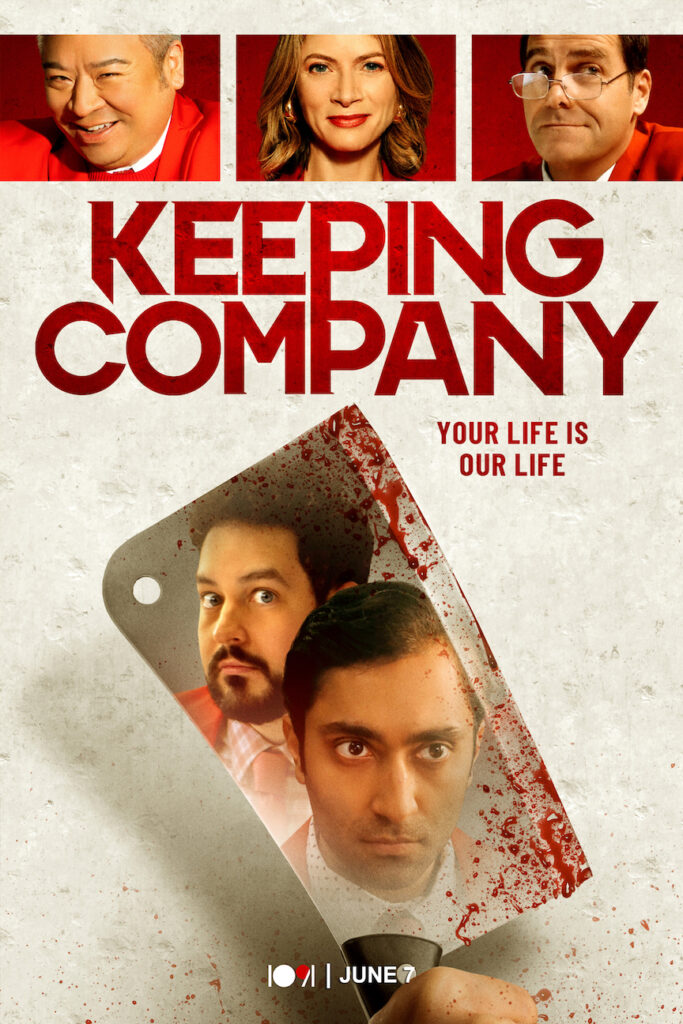