Trailer and poster revealed for next year’s “SCREAM”

Paramount Pictures and Spyglass Media Group are bringing the new SCREAM to theaters January 14, 2022. The revival of the franchise created by Wes Craven and Kevin Williamson was directed by Matt Bettinelli-Olpin and Tyler Gillett (READY OR NOT) from a script by James Vanderbilt and Guy Busick. Neve Campbell, Courteney Cox and David Arquette are back as Sidney Prescott, Gale Weathers and Dewey Riley, joined by Melissa Barrera, Kyle Gallner (who also co-starred in the NIGHTMARE ON ELM STREET remake), Mason Gooding, Mikey Madison, Dylan Minnette, Jenna Ortega (THE BABYSITTER: KILLER QUEEN), Jack Quaid, Marley Shelton, Jasmin Savoy Brown and Sonia Ammar. The synopsis: “Twenty-five years after a streak of brutal murders shocked the quiet town of Woodsboro, a new killer has donned the Ghostface mask and begins targeting a group of teenagers to resurrect secrets from the town’s deadly past.” 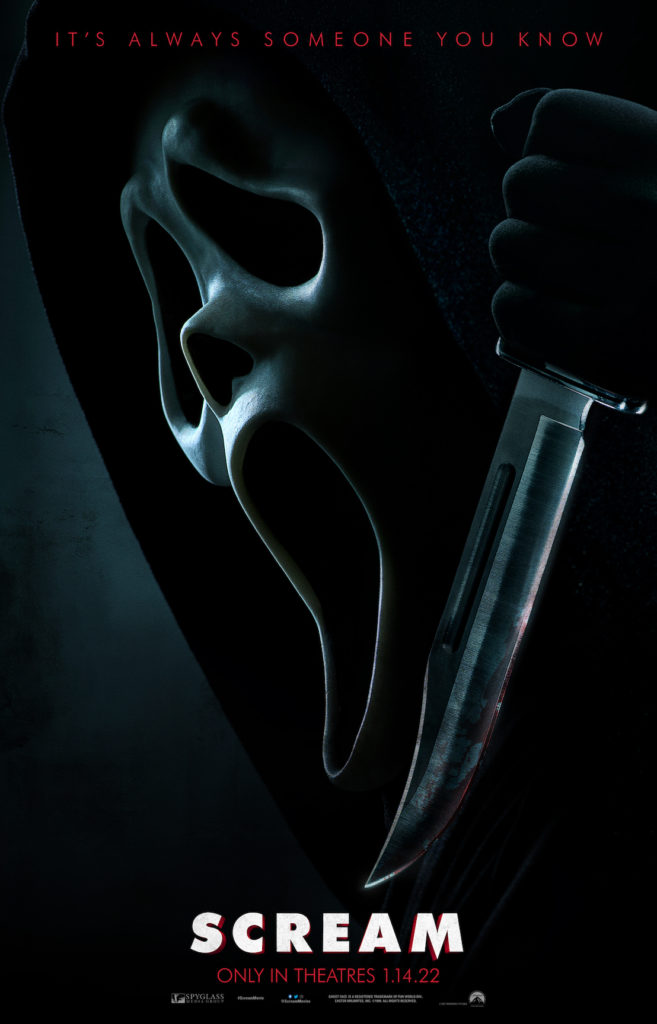